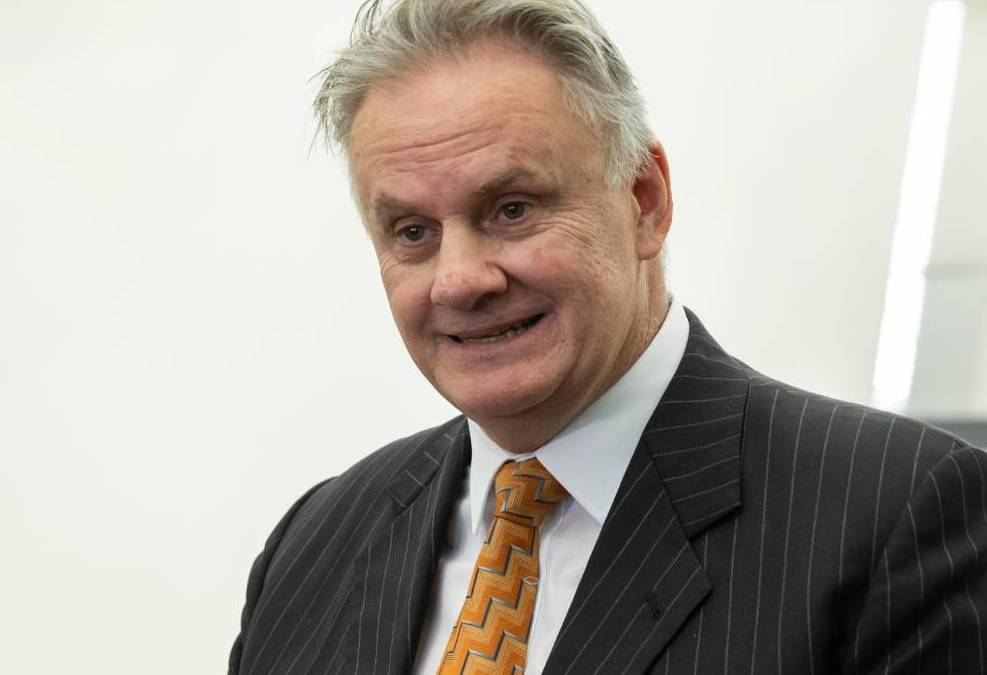 It comes as the Nationals picked construction manager David Layzell as their candidate.

Mr Latham, the party's leader in NSW, told Channel Seven news on Wednesday night that he was "thinking about it".

The former federal Labor leader, who moved recently to Bar Beach, would have to resign from the Legislative Council to contest the seat.

Singleton mayor and cattle farmer Sue Moore had been tipped as favourite, but the party stumped for Mr Layzell, who weighed up challenging Mr Johnsen, then the incumbent MP, in an unprecedented pre-selection contest before the 2019 state vote.

Labor is expected to pick mining union delegate Jeff Drayton for a by-election dominated by debate over the future of the coal industry and issues such as the design of Singleton bypass.

Mr Layzell is due to front a Nationals media conference at Ravensworth mine on Thursday morning.

The Coalition will lose its parliamentary majority if the Nationals do not hold Upper Hunter on May 22. 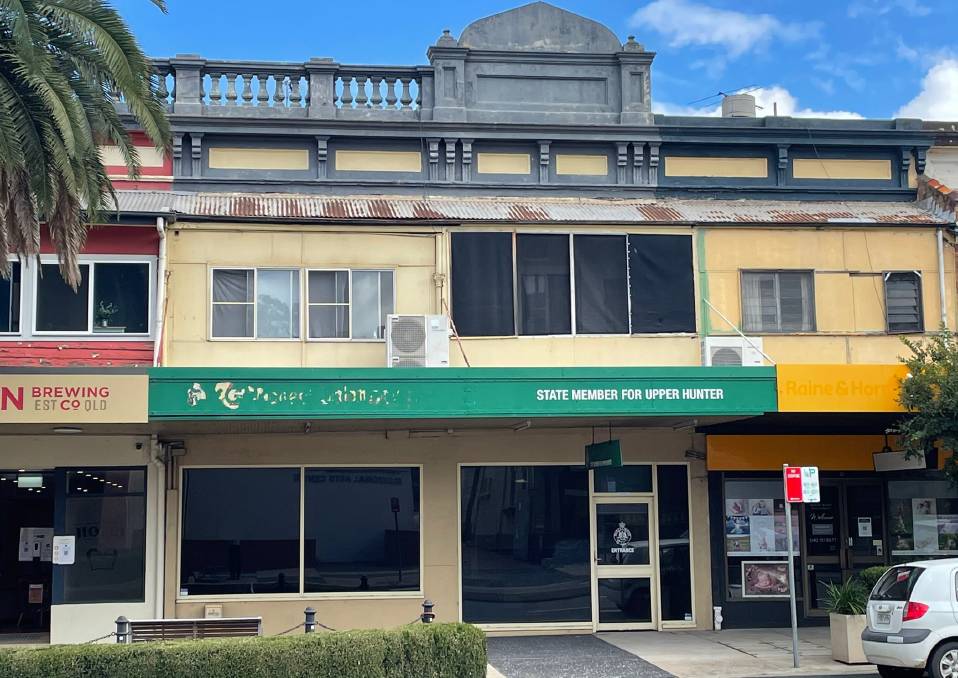 Michael Johnsen's name and photograph have been removed from his electorate office in Muswellbrook.

Mr Johnsen's name and photograph have been removed from his electorate office in Muswellbrook's main street since he resigned last week over allegations he was sexting a prostitute during question time and raped the woman at a Blue Mountains lookout in 2019, a claim he strenuously denies.

Nationals leader John Barilaro was in Singleton on Wednesday for the pre-selection contest and posed for photographs with One Nation's Stuart Bonds, who won 21 per cent of the primary vote in the federal seat of Hunter in 2019 but who has publicly expressed disillusionment with the party over its role in passing national industrial relations legislation which could affect casual mine workers. 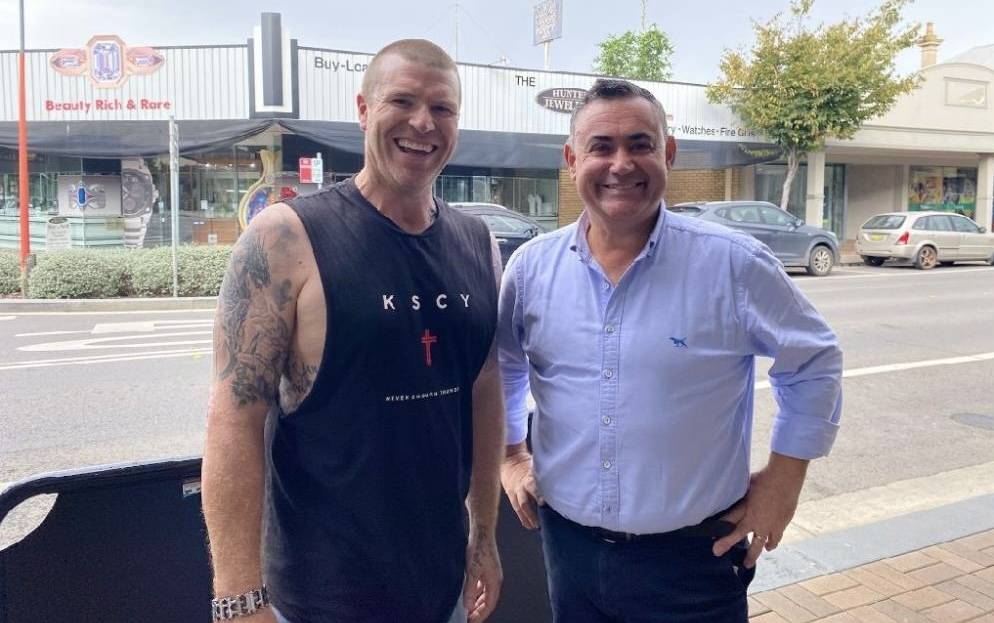 MAKING FRIENDS: One Nation's Stuart Bonds and Nationals leader John Barilaro pose for a photograph in Singleton on Wednesday.

Labor's primary vote in Upper Hunter has remained between 31 and 32.5 per cent in the past eight elections, except for a 2011 wipeout, but it could benefit from an anticipated preference deal with the Shooters, Fishers and Farmers Party this time.

Lee Watts, who won 22 per cent of the primary vote when she ran for the Shooters, Fishers and Farmers Party in 2019, confirmed on Wednesday that she would not seek party pre-selection.