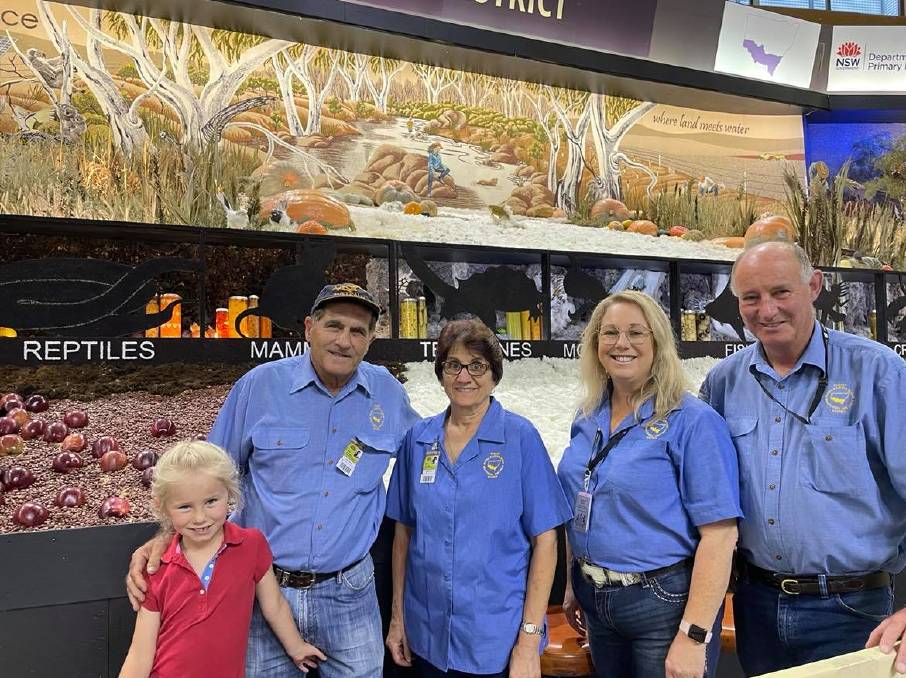 The Southern District has won the District Exhibit display competition for the first time since 2009, with their impressive design depicting a river landscape co-existing with agriculture.

"It's been a long time between drinks," Southern District manager Ken Hewitt, Crookwell, said of the win.

In second place and winner of the People's Choice Award was the Central District, with their moving display showcasing all that the area has been through in the last year, from drought and bushfires to flood.

The Northern District was in third with their detailed depiction of a wool shed and the Western District came in fourth with a display titled 'gardens for good health.'

The produce sections of the competition were not included this year due to COVID-19 but the displays were judged and exhibited to the public in the Sydney Royal pavilion, as normal.

The Southern group's award winning design was by Margie Fitzpatrick, Goulburn, and her daughter Emma. Mr Hewitt said the last time they had won Ms Fitzpatrick had also been in charge of the design.

"She's had a spell, come back with her daughter and won it straight up," he said.

The design was centered around an intricate backdrop of a river landscape, which was created solely with seeds and grains. The rest of the display was designed to represent looking under the river and all the nature you might find there.

Mr Hewitt said the display included wool from the Monaro and Crookwell, pumpkins from Nowra to Bega, grains from Temora, Junee and Young and grasses from Gundagai and the South Coast.

The Central District's exhibit wowed onlookers with the design featuring real smoke to depict the bushfires.

Central District's Alison Kernahan, Gloucester, said the display, designed by Kristine Moore, showed the "hell" their region had been through recently.

"It really describes the struggle our area has had in the last couple of years with the drought, then we were wiped out by the bushfires and floods," Ms Kernahan said.

Ms Kernahan, a third generation participant in the District Exhibits, said the challenges were far from over with the recent floods having a devastating impact.

"It was really difficult to get the produce (for the display) this year, the floods came the week before we pack it all up for the show and I think some of the pumpkins would have floated out to sea."