The federal and state governments have said the money is on the table for the Emergency Water Infrastructure Rebate Scheme but when will the funds become available. 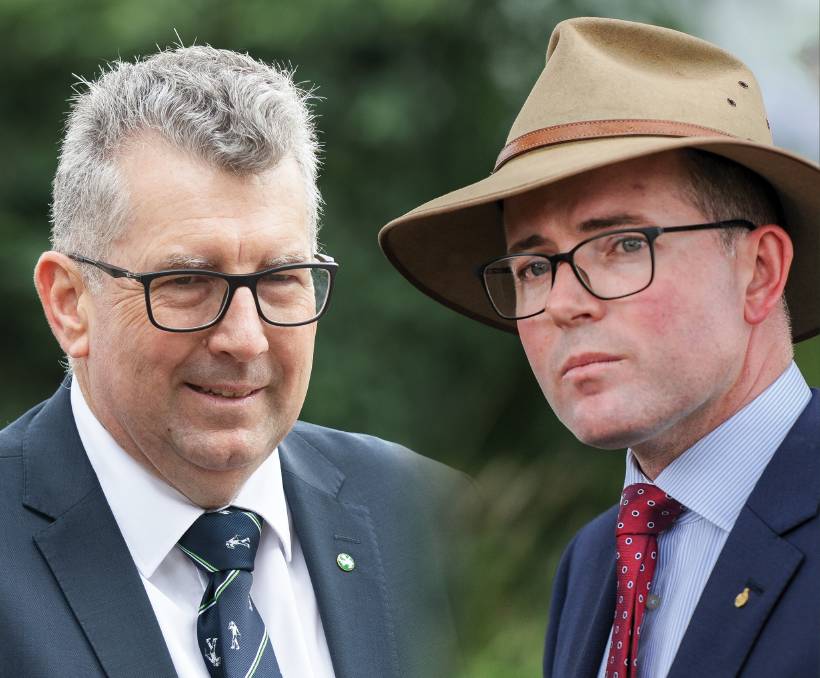 Federal Water Minister Keith Pitt and NSW Agriculture Minister Adam Marshall have said the money is on the table for the EWIR scheme, but there is still no date for its release. Photos: Sitthixay Ditthavong and Lucy Kinbacher

The federal and state governments have said the money is on the table for the Emergency Water Infrastructure Rebate Scheme (EWIR).

But there is one last hurdle and that is when the scheme will start so the bucket of funds will become available to farmers for critical on-farm infrastructure.

Last week, NSW Agriculture Minister Adam Marshall announced the state government would contribute $15m to unlock a total of $30m in new funds for NSW primary producers for the scheme - the additional $15m having been offered as a dollar-for-dollar promise last October by the federal government. The NSW government today confirmed its $15 million is ready to go.

The federal government did not confirm a date, instead saying: "the date for the new applicants will be determined by the NSW government once their administration and application arrangements have been finalised and publicly released".

Federal Water Minister Keith Pitt said his government had its money on the table since it doubled the funding for the scheme in October last year and that money would have been out the door months ago if NSW had simply signed up "and got on with it".

Mr Pitt said the scheme was federally funded but it was managed by the state government, which allowed the program to be heavily oversubscribed and farmers left out of pocket last year.

He added the Commonwealth Government was doing all it could to ensure farmers were reimbursed.

"If Minister Marshall spent less time trying to poke Barnaby Joyce in the eye and more time governing and looking after farmers, this issue would not have occurred."

But Mr Marshall said the NSW government's $15m was ready now and they were waiting for the federal government.

"We are ready to turn it on tomorrow or next week," Mr Marshall said.

Meanwhile NSW Farmers' president James Jackson did not want to weigh into the political debate instead saying it was a win for the state's primary producers, who were facing the lasting impacts of drought.

"NSW Farmers advocated fiercely for funds to be reinstated to this scheme, after a decision by the federal government mid last year for the funds to stop flowing," Mr Jackson said.

Additionally, the 845 NSW farmers whose applications were approved when the scheme was closed last year will also be paid out.

The scheme is administered by the NSW Rural Assistance Authority, where farmers are able to claim up to 25 per cent of eligible infrastructure costs, and is capped at $25,000.