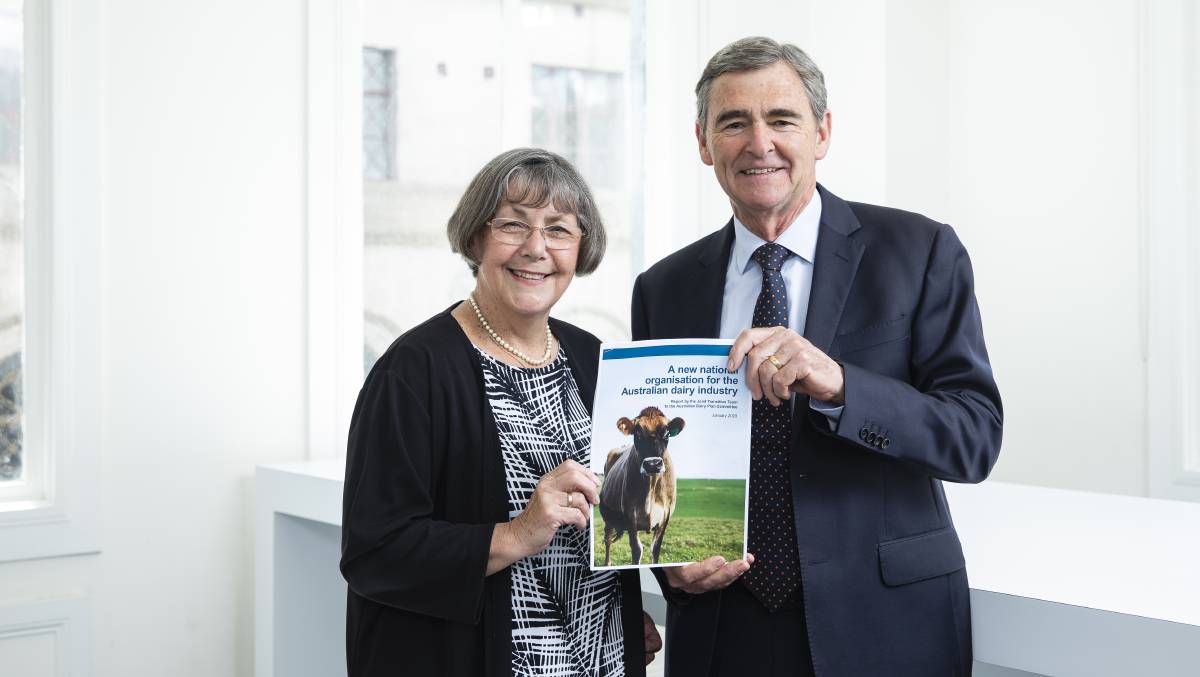 The Australian dairy industry has walked away from an ambitious plan to form a new single whole-of-industry national dairy organisation.

The Australian dairy industry has walked away from an ambitious plan to form a new single whole-of-industry national dairy organisation.

The plan for the single body was developed in response to a key recommendation of the Australian Dairy Plan.

The plan had called for transformational change to industry structures and advocacy arrangements.

The restructure proposal has been dogged by controversy since it was launched last year with some groups attacking the plan to include processors in the organisation and others attacking the proposed governance structures.

The proposal had been developed by a Joint Transition Team, led by Victorian farmer Shirley Harlock, as a separate part of the overall Australian Dairy Plan.

But the key three reform organisations - Australian Dairy Farmers, Australian Dairy Products Federation and Dairy Australia - have decided not to proceed with the proposal after many months of industry consultation.

Dairy Australia chair James Mann said a key sticking point for the proposed new body was that it would have compromised government investment in research and development.

The federal government matches funding from milk levies, but prohibits the use of those levies for agri-political activity.

"The proposal to create a single, whole-of-industry body was always considered to be ambitious," Mr Mann said.

"After extensive consultation, it is clear that restrictions prevent the use of levies for agri-political activity and that an all-in-one industry model is unable to address the priority of a stronger and more unified industry voice, as it cannot accommodate the requirement for independent representation.

"Other models that combine advocacy with levy-funded industry services cannot progress at this time for the same reasons."

The organisations say they remain committed to industry reform.

It was needed to achieve a more profitable, confident and united industry and to fully realise the benefits offered by the dairy plan.

"Reform aims to deliver a stronger and more unified industry voice with an ability to champion common issues, as well as represent diverse views across the dairy supply chain," he said.

"It also works to strengthen advocacy and streamline execution of whole-of-industry strategic priorities."

Australian Dairy Products Federation president Grant Crothers said the reform process had identified a priority need for a 'whole of industry' voice that could represent common issues to both dairy farmers and processors.

"The revival of an appropriately resourced and well-funded Australian Dairy Industry Council would be an interim measure ahead of any other proposal," he said.

The ADF will now lead a working group comprising the six state dairy farming organisations to consider how to optimise policy and advocacy development at a national and state level, together with funding arrangements.

Former Meat & Livestock Australia managing director David Palmer, who had been tasked with developing the new single organisation, will continue to provide support in this area.

ADPF will facilitate and promote opportunities for collaboration and co-investment by processors on whole of supply chain interests.