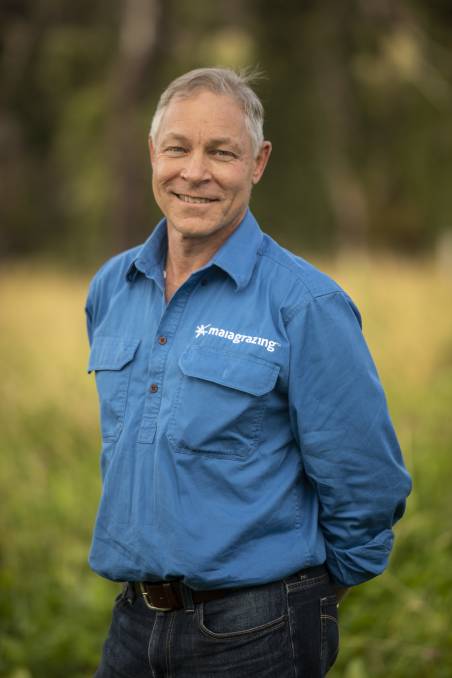 The sale was based on soil carbon credits generated on Cavan Station, a NSW Southern Tablelands wool-growing property near Yass, following a similar transaction announced in January by Wilmot Cattle Company in northern NSW.

Both properties adopted MaiaGrazing as a management tool that revolutionised their production decisions during successive drought-affected seasons and enabled them to generate surplus soil carbon credits.

In January, Microsoft announced that these NSW soil carbon projects would be included in its global carbon removal program.

"These NSW farms have been in a position to support the Microsoft carbon pledge because they have used data-informed grazing management that helped to boost their soil carbon over a period of time," Mr Richardson said.

"By introducing our technology and support to drive well-informed grazing decisions, they have been able to carefully manage their livestock numbers, pastures and soil health despite very difficult seasonal conditions."

He said MaiaGrazing is fast becoming the "must-have" tool for graziers who need to manage their operations through an increasingly variable climate.

Cavan Station General Manager, Matt Crozier, acknowledged the impact MaiaGrazing has had on the woolgrowing business.

"Our business has just emerged from a couple of difficult drought years.," he said.

"MaiaGrazing helped us to make good decisions around the number of livestock we were carrying at any point in time and ensured that our pastures were never overgrazed.

"An added bonus for making these sound business decisions has been the extra revenue generated from the carbon credit sale."

Toby Grogan of Impact Ag Partners, who has advised landholders participating in both regulated and private carbon markets, said MaiaGrazing has been an integral tool for enabling the required data to be captured to validate the carbon credits.