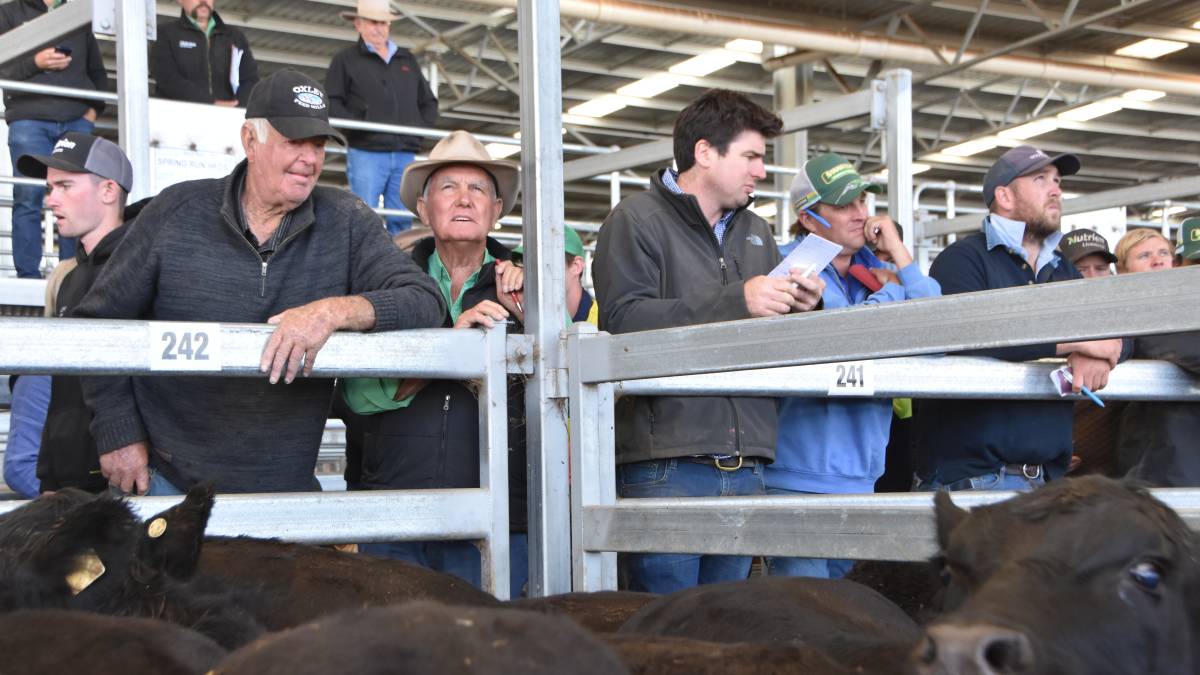 Forecast decline likely to be restrained

YOUNG cattle prices continue to hold up in the face of increased supply, adding weight to the argument that the predicted market decline in the second half of this year will be relatively restrained.

Agents, producers and analysts agree it will be some time yet before supply goes anywhere near meeting demand. Most think it's unlikely the Eastern Young Cattle Indicator will go much below 750 cents a kilogram carcase weight before the end of the year

On AuctionsPlus, the largest supply of heavy 400 kilogram-plus steers in several weeks was greeted with very strong buyer activity and prices averaged $2,096 a head, up $235 on the previous week. Online young cattle prices were dearer for all but one category.

"All things being equal, I can't see it coming off too much at all this year," he said.

"There are parts of Queensland that still haven't had rain, and so there could be a run of cattle out of those areas in the next few months but there is enough demand there to soak that up quickly.

"The rebuild is taking longer than what was anticipated."

Much of that has to do with the fact producers have been so keen to capitalise on good prices, agents say.

Warrnambool agent Jack Kelly said supply hadn't tightened in his region to the extent it had in other states but a lot of spring-drop calves that would normally be marketed later in the year were coming forward due to the prices.

As a result, there will be less later in the year, although it wouldn't be what could be called a shortage, he said.

"We're fortunate to have had several good years in row and we're not lacking in females. People are breeding strong," he said.

Still, demand was red hot, and it wasn't just coming from restockers, he said.

"The strength of feedlots in the 350 to 500kg category is putting a big floor in the market," Mr Kelly said.

Thomas Elders Market analyst Matt Dalgleish crunched the numbers on historic monthly EYCI falls and said a 10 per cent per-month drop from now until December would be way out of the norm.

That figure had been bandied about but Mr Dalgleish, speaking on the AgWatchers podcast, said that would put the EYCI in the 500s by September.

Australia did not have the supply to turn off in order to push it that low, he said.

This week's EYCI buyer breakdown shows restockers continue to take close to half the young cattle on offer, with processors effectively priced out, taking less than 10pc.

Mecardo analyst Jamie-Lee Oldfield reported the common denominator with all states for April has been further divergence between the EYCI and the heavy steer price.

That gap will have to begin to close, she said.

But with Australian cattle prices already some of the highest in the world, heavy steer prices would not be the indicator to make the move, she felt.