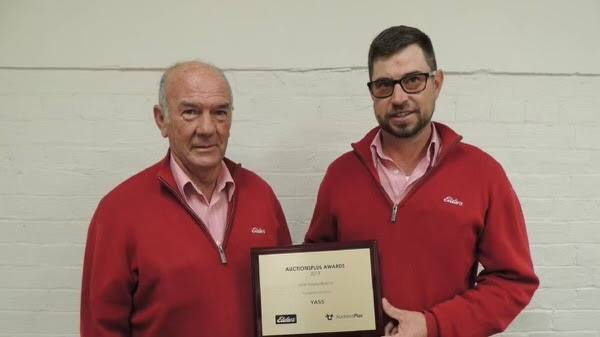 The death of Phillip White, well-respected agent with Elders Yass, has been a great shock to the many friends and clients in the Southern Tablelands.

THE death of Phillip White, well-respected agent with Elders Yass, has been a great shock to the many friends and clients in the Southern Tablelands.

Branch manager of Elders Yass, Phillip suffered a devastatingly rapid and severe incursion of liver, lung and kidney cancer and died peacefully at Yass Hospital surrounded by his loving family on Tuesday aged 68.

Phillip was born in Gympie Queensland on March 5, 1952, the son of Allan and Coral White and he was one of nine children.

He had an early start as a baker at the age of 14 but having turned 15 he became a rouseabout for the famed shearing contractor George Johnston from Yass who had a shearing run in the Southern Tablelands and throughout Western Queensland.

Having learnt to shear in sheds at properties in Thargomindah and Cunnamulla, Phillip shore his first 200 at the age of 16.

He was known wide and far as a gun shearer, the best out of 2 and 3 teams in the district and invariably rung the shed.

Having followed his boss to the Yass district he shore with distinction in the Southern Tablelands and Southern Slopes until he hung up the combs at the age of 32.

During this time he met the love of his life, a local girl by the name of Irene Hickey to whom he was married for over 40 years and unfortunately died in November last year.

He was the epitome of the battler who started from nothing, proudly building his own home for Irene and later his two children Daryl and Shelley.

Phillip spent two years at Country Energy and at the age of 34 he found his calling into the stock and station agency game when employed by his long time friend Brendan Abbey and John Snodgrass as a livestock salesman at Kelly Abco Yass.

Later Phillip was to take over the Kelly arm of the business having spent around eight years in that organisation.

He then joined in partnership with Dallas Hanrahan to run an agency business for around 5 years.

In 2006 Phillip joined Elders being appointed branch manager and remained in that position until his passing which was way too soon.

Michael Coggan of Elders Yass described Phillip as being "utterly genuine, honest as the day is long, engaging a person who had this incredible ethic to always do the right thing".

Phillip was a sheep man through and through and was one of the first agents to be involved with CALM and this no doubt underpinned the calibre and integrity of Phillip's livestock assessments to the very end.

As testament to his genial nature many people commented that he never had a bad word to say about anyone.

Phillip simply loved playing golf and he was maintaining a handicap of 5.

He was a highly respected mentor and two of his great success stories were Andrew Warden (ALPA National Young Auctioneers Competition winner) now of Garvin and Cousens at Tamworth and of course Michael Coggan.

He was a loving husband, proud father and doting grandfather.

On behalf of everyone at ALPA may we extend our sincere condolences and prayers for strength to Daryl, Shelley, daughter-in-law Jenna, grandchildren, Dominica, Lola, Toby, Alex and Will as well as our dear friends throughout the Elders family.

We pay our tributes to a laconic special person for whom our industry, agents, breeders, clients, buyers, wool brokers, classers and shearers owe a debt of gratitude.

An invitation has been extended to attend Phillip's graveside service to be held at the Yass Lawn Cemetery on Friday, April 30 commencing at 2pm.

For those unable to attend Phillip's service will be lived streamed from about 1:30pm.