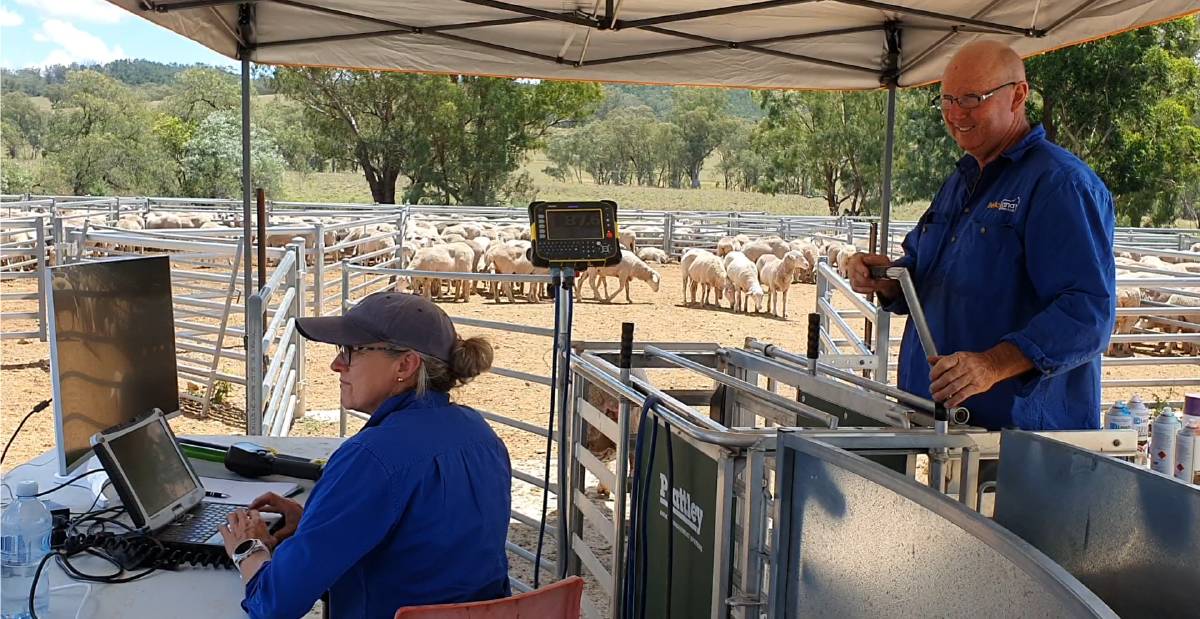 PREDICTING the outcome of ram to ewe selection mating and what the progeny of that joining could or will be is a powerful tool.

MateSel is the tool that can take a lot of guesswork out of those joining selection decisions and can be accessed through the Sheep Genetics website by accredited users.

For the past few decades Sally Martin has been deeply involved in the sheep industry and in particular advising on genetics and husbandry.

Now based at Young, she was the former NSW Department of Agriculture, then primary industries' sheep and wool officer in Cootamundra and Young.

About 10 years ago she left to take up her own sheep consultancy business doing what she says is effectively pretty well exactly what she was doing in the department, but now being paid by different people.

"My passion is very much in working predominantly with sheep breeders in production and genetic areas, bringing new technologies onto the farm," Ms Martin said.

"MateSel allows us to allocate rams and ewes together when making mating decisions.

"We are using indexes and breeding values, and depending on what the breeder's breeding objective is, we can place more or less emphasis on particular traits depending on where we are up to in the breeding program, and what the ultimate goals are."

Ms Martin said MateSel basically allocates rams to ewes to get the best genetic outcomes to meet a breeding objective.

"But it also takes into consideration coancestry and inbreeding.

"Often you will get best-with-best and those animals can be quite related.

"To manage that, MateSel looks to keep balancing diversity so we can still maximise genetic gain, by managing any potential inbreeding or coancestry."

Ms Martin said the tool was developed by Professor Brien Kinghorn of Environmental and Rural Science, University of New England, as part of Cooperative Research Centres and future development of Sheep Genetics with Meat and Livestock Australia.

"It's quite a powerful tool in that it allows us to predict the outcome of what the future progeny will be," she said.

In her business Ms Martin has been using this tool with a number of clients for the past few years.

"What it actually predicts and then what you actually get is very close," she said.

"That can include any animal welfare traits or indicator traits, and start to put pressure on those because we now have quite a lot of data in the Sheep Genetics database on a lot of those visual traits like breech wrinkle or fleecerot that we can start putting some pressure on utilising this type of tool."

She said there were a lot more breeders measuring fly strike indicator traits now and they have been using this data in their breeding programs.

When it comes to selection, at the end of the day the breeder still has the final decision in terms of which rams go with which ewes, she said.

"The tools are there to help make more informed decisions."

Ms Martin says her role is helping people navigate the complexity of what Australian Sheep Breeding Values (ASBVs) mean and how to use them and get the best out of the system.

"It's complicated, but the simpler we can make it the more likely people are to take it up."

Ms Martin said MateSel could only be used if the breeder had full pedigree information on their sheep.

"If you only have sire pedigree, MateSel will not work, because you must also have dam pedigree.

"And what's allowed us to do that is having all the DNA parentage testing available."

A lot of smaller-sized studs have had full pedigree because they do their lambing rounds or mothering-up through the yards or a slightly different system, she said.

"Now the industry is going down the DNA parent testing path it is allowing us to start using these tools more efficiently and effectively in bigger flocks.

Ms Martin said the system was getting large amounts of data on all of the females now, and in particular from people who are interested in reproduction and longevity type survival traits.

Using MateSel for the first time in their joining program this year, Bella Lana stud co-principal Scott Brien said the program had fast-tracked their genetic gain.

"We can actually predict what figures the next generation will have before they are born," he said.

"We use MateSel in conjunction with visual characteristics when assessing our ewes for joining and the process has been made so much easier working with Sally Martin."

"A lot of this is not new, it has been around for a long time, but for some people DNA testing is becoming a game changer with all that information to make informed decisions," she said.

Sponsored by
Test
Well-known sports brands, global fashion labels and renowned department stores in the US and elsewhere are distancing themselves from Xinjian cotton and cotton products.
Test
Angus Australia has made the difficult decision to postpone the Verified Black Angus Beef BBQ Competition, set to now take place in November.
Test
Tender being set up for exporters to bid on small number of available cattle
Test
Another three months of above average rainfall
Test
The federal government is committing $12.2 million in funding to entrepreneurs around the country, including some in the agtech industry.
Test
The bookies have it, two out of three: La Nina will be the dominant Pacific basin in the three-month period of March to May 2022.
Test
Record high domestic cattle returns could stay around well into 2022 if cattle industry analysts are correct in suggesting global beef availability is set to remain tight this year.
Test