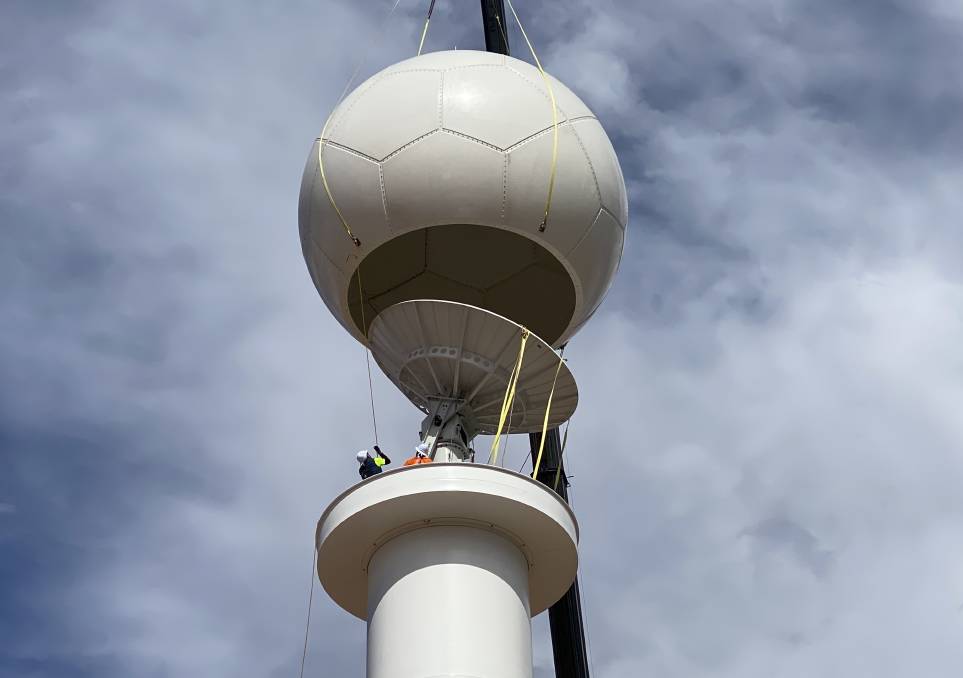 The Hillston-Ivanhoe Doppler radar is one of three being delivered by the NSW Government as part of a $24.5 million investment. Photo: NSW DPI

The installation of the radome for the Hillston/Ivanhoe Doppler radar is critical for construction because it protects the antenna, which gathers the weather information.

On first appearance it might look like a giant golf ball but in fact this radome is crucial for capturing weather information.

The installation of the radome for the Hillston/Ivanhoe Doppler radar is critical for construction because it protects the antenna, which gathers the weather information.

It comes after The Land reported last month that the construction of the Hillston/Ivanhoe radar has been delayed three months due to covid-19 shipping delays. The government originally announced all three radars would be installed and operational in 2022 but brought forward the date for Hillston/Ivanhoe to April 2021 as Brewarrina was completed on time and conditions were ideal.

Agriculture Minister Adam Marshall said the Doppler in Brewarrina had already began to revolutionise how primary producers manage their land, and those in the Leeton, Hay, Narrandera, Ivanhoe, Condobolin, Ungari, and West Wyalong areas will soon get those same benefits.

Deputy Premier John Barilaro said it was fantastic to see the Hillston-Ivanoe radar reach this milestone, which meant farmers, emergency services and local communities are another step closer to real-time weather data.

"Even better is that this project is being completed by at least 20 workers from NSW, most of which are locally-based subcontractors, as we build a stronger and a safer regional NSW," Mr Barilaro said.