Queensland buyers dominated the market at the Rockin' at Rocky Bull Sale on Wednesday.

The Humphries family of Oberon welcomed a full-capacity crowd to their on-site sale tent where all 27 bulls sold to average $12,962 thanks to the buying support from major commercial operations across Queensland, including as far west as Augathella.

Auctioneers often say the first is always the cheapest but their lead bull and Beef Australia grand champion Speckle Park bull, Wattle Grove Dust N Smoke, bucked that trend when he was knocked down for $45,000 to Speckle Park Brazil; an overseas genetic brand that will import semen in the 34-month-old bull.

It comes after news broke earlier this year that Speckle Park had been recognised as a purebred breed in Brazil for the first time.

He weighed 978 kilograms with P8 and rib fat depth of 15 and 10 millimetres and eye muscle area of 141 square centimetres.

There were some bargain buys at $6000 and $7000 but the fast bidding pace failed to waver all night.

Of the 21 successful bidders, all but two of them were Queensland-based. 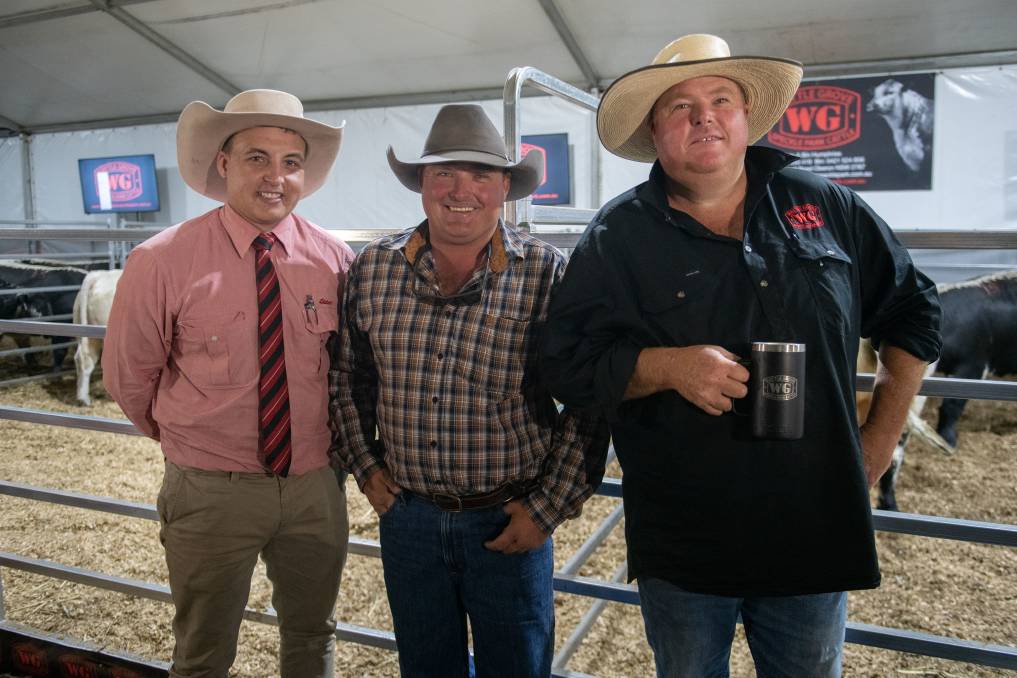 Wattle Grove stud principal Dale Humphries said the breed was now accepted into the industry and it was onwards and upwards.

"We came up here three Beefs ago (2012) and had all the bulls prepped for Queensland and 95 per cent of the bulls went south so that was a bit frustrating," he said.

"We want these northern blokes to buy the bulls.

"We bought them up here and they are prepared in Queensland, they are blooded, everything for Queensland conditions, so we were wrapped that they are going into those commercial herds.

"I think there was a bull here for everyone."

Ten-year-old Lachie Delforce from Torres Park at Augathella paid $11,000 out of his own self-funded beef herd to secure Wattle Grove Hellfire for $11,000.

His mother Bec McKeering said the young beef entrepreneur was looking for a white bull to increase the Speckle content in his cattle.

The family manage a Santa Gertrudis herd for the McKay family but Lachie also has four Speckle Park cross heifers and a crossbred herd of his own.

"Ashley and Doris McKay bought a couple of Speckle Park at the last Beef week and for birthdays and things he has gradually been given a heifer," Ms McKeering said.

"He bought him with money from selling weaners; it's all self-funded."

The sale was conducted by Elders with Lincoln McKinlay as auctioneer.

Read the full report in next week's paper.