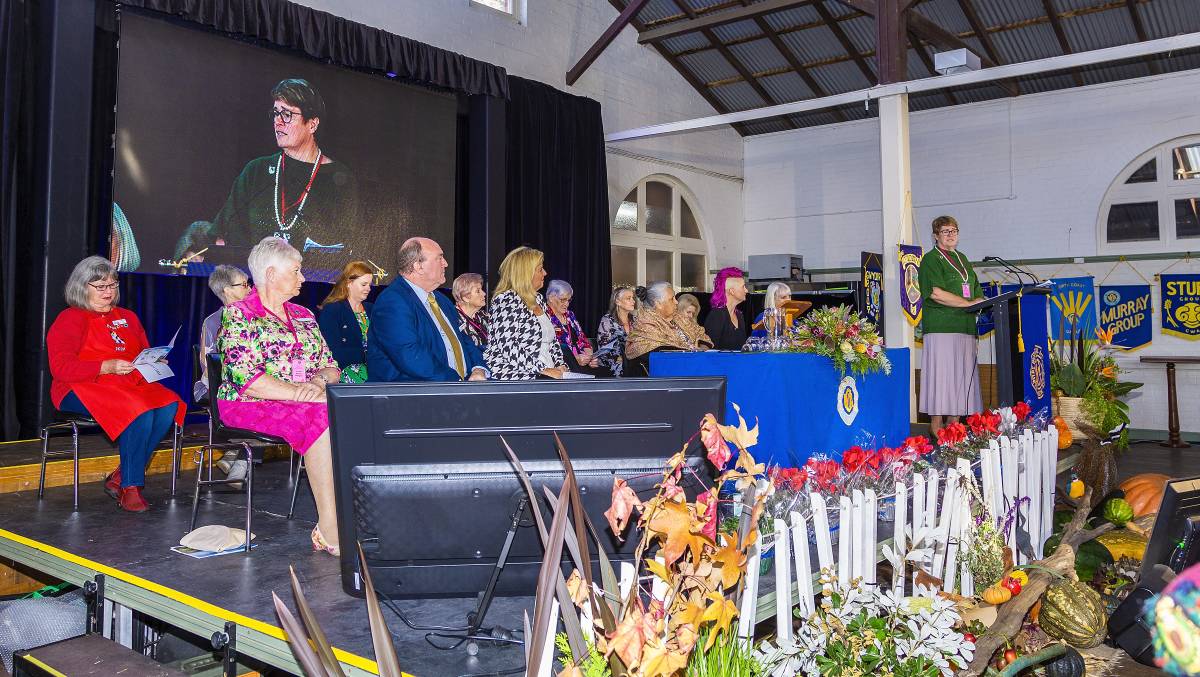 CWA president tells how people helped her rebuild after fires

The Country Women's Association of NSW has carried a motion questioning if solar farms are actually hurting farming by taking over prime agricultural land.

The Bega annual conference passed a motion by a two-thirds majority calling on governments not to allow solar farms in prime agricultural areas.

The CWA NSW president Stephanie Stanhope said members were concerned that many of the solar farms were foreign-owned and being built on land that was better used for farming.

"There is a line there and the government has to decide where that line is," she said. She questioned the lifespan of solar farms, saying many were built to only last 20 years.

"I don't think we have really looked at what all the impacts are," she said.

"Prime agricultural land should not be used for solar farms. Do we need to preserve prime ag land for food production or face a future where we have to import our own food? A lot of these solar farms are foreign owned. Landholders quite often don't have a say and some will sell because they want to get out and retire. This is a real fear we will lose our prime agricultural land."

More than 250 CWA members met in Bega this week for the annual conference. The numbers were heavily trimmed down to follow COVID-19 protocols.

Mrs Stanhope though said having the conference in her area was a huge morale boost for the South Coast communities hit by fires, floods and the loss of tourism due to the pandemic.

Mrs Stanhope lost her own home at Numbugga in the early 2020 fires. She said it was rotten luck, that the fire hit her home at Nambugga, about 15km west of Bega. "It was the only house that went up in my village area," she said. "It was the last one to go."

The community had rallied around her and had given her family support. She was proudly showing off pictures of her new home to delegates at the conference. There was a lot of emotion at the conference after last year's events, many members struggling through drought, others fires and then the hit on their businesses caused by the pandemic.

"I couldn't have got through what happened without the support of my community. And I think what happened to me says a lot about how an organisation such as the CWA can help people. I mean when you have a disaster you can fall in a heap or just get on with it. I believe we stand for 'getting on with it'. That strength of support from people though is important and that resonates through other areas of the community.

"The emotion and feelings here at this conference have been amazing." The NSW Minister for Women Bronnie Taylor spoke at the conference urging women to consider standing for the upcoming local government elections. "Women deserve a seat at the table," she said.