Bargains found for those who braced the weather at Braidwood. 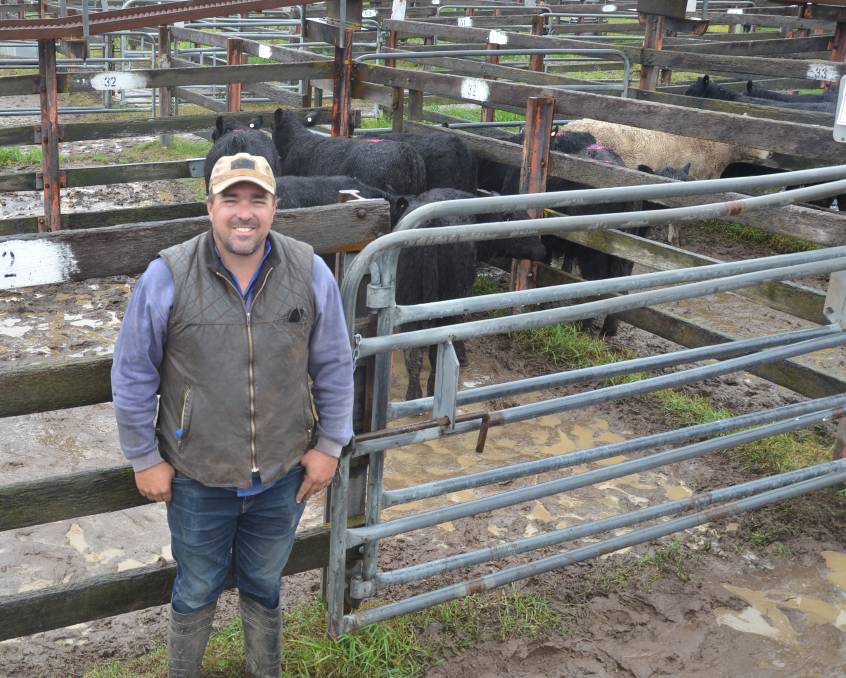 There was a reduced yarding of just under 200 head of mixed quality cattle at the Braidwood store sale on Friday.

The lack of numbers was partially due to the district receiving more than 100 millimetres of rain since Wednesday, meaning some loads of cattle were not able to be trucked to the saleyards.

W.J. Gibbs and Co agent Greg Darmody said it was a steady market with few big lines of cattle.

"There was a good line of pinzgauer cattle from James Royds, Durham Hall, they sold for up to 448c/kg for 318kg heifers and 444c/kg for 366kg steers," Mr Darmody said.

Buyers who braced the rain and inches of mud were offered up some bargains on the day, but steers were still selling for up to 579 cents a kilogram, while heifers topped at 540c/kg.

Luke Pinniger, Karwaree, Emu Flat sold Angus steers and heifers, the steers attracting up to 569c/kg for 228kg, while the heifers made up to 519c/kg for four weighing 302kg.

Mr Darmody said the rain would set the district up for a very good winter.

"Plenty of people will be looking to keep building their herds up now they're guaranteed a good winter," Mr Darmody said, commenting that they were focusing on heifers more-so then cows when it came to the restocking efforts.

Briadwood is hosting two weaner sales at the end of the month, with the Nutrien Braidwood Blue Ribbon Sale on May 21, while the associated agents will conduct the Braidwood Annual Weaner sale on May 27.

Mr Darmody said they had around 1300 cattle booked in for their sale at this stage.

"It's a good opportunity because a lot of sales are gone now," Mr Darmody said.

"We'll have a few preg-tested cows and heifers in that sale as well."