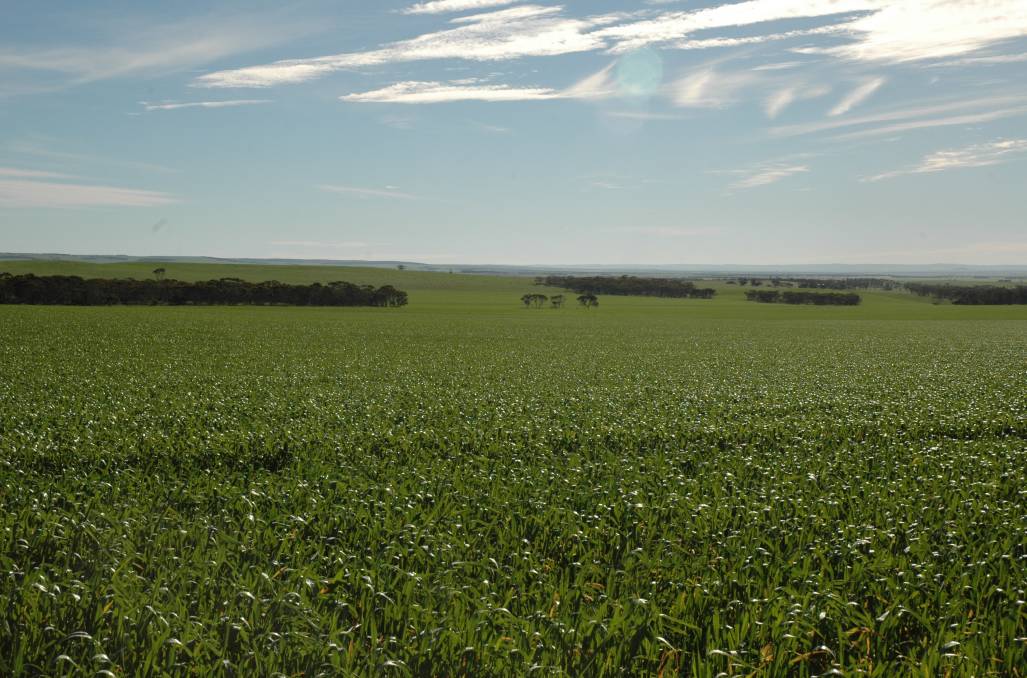 As wheat crops start emerging across the nation, growers are welcoming a boost in prices by $60 per tonne in the space of a month.

As the "rising tide" lifts all boats, wheat markets have climbed $60/t in a month.

There has been an extraordinary run across all major global agricultural commodities in the past month, during which severe weather concerns and strong demand have been dominating the headlines.

Some are suggesting a further four to eight million tonnes could be wiped-off estimates in the next US Department of Agriculture (USDA) report, which was due for release this week.

Not only have there been significant weather concerns, but an increase in ethanol production - coupled with strong US exports to countries such as China, Japan, Mexico and South Korea - has meant the balance sheet has continued to tighten.

As such, the nearby May US Corn contract has surged by US216 cents per bushel - or 38 per cent - since mid-April.

And, to add perspective, the last time we saw such a rally was in July 2012.

The rally in corn values has been impressive, but the spotlight has been shared equally in the oilseeds complex.

The theme of dry weather continues to plague the canola growing regions of Canada, where the nearby contract has surged CAD$142 per tonne so far in May.

It has been trading as high as CAD$1045/t, which is the highest value ever recorded.

Canada is a traditional net exporter of canola and confirmed earlier that it will, in fact, import two cargoes of canola from the Ukraine to satisfy its domestic market needs.

Again, to put this in perspective, the previous high on the ICE exchange was for CAD$704/t. This was set back in May 1984.

As the "rising tide" lifts all boats, wheat markets have managed to climb by US130c/bu - or $60/t in the period of a month.

And the corn rally, based on the safrinha weather, has created a feed hole - which should mean more wheat is added to the feed ration.

It is also worth mentioning that although the northern US plains and Canada are dry, one decent rain will replenish these wheat growing regions.

Turning attention to the domestic front, we see that much of the Australian cropping belt has had a favorable start to the 2021-22 season.

There has been timely rainfall falling throughout most port zones.

Most Western Australian farmers have experienced better than average rainfall in April.

According to the Grains Industry of Western Australia (GIWA), this has resulted in canola plantings increasing by more than 30 per cent compared to last year's acreage - to a whopping 1.49 million hectares.

Over to South Australia, a dry spell appears set to continue well into May - on top of what was a very much below average March-April period that culminated in less than half the average rainfall received.

These conditions mean SA farmers are taking a cautious approach to sowing and modifying their rotations to crops that will better suit the conditions.

Victoria has two tales - southern parts of the state continue to record rain levels similar to most other years, and the Wimmera and Mallee regions have largely missed out.

These areas have below average root zone soil moisture - the exception being a narrow corridor from Bendigo to Swan Hill, where conditions are described as average.

Northern and central New South Wales continue to showcase their potential, having had convenient and plentiful sowing rainfalls.

Southern NSW and, in particular, areas south of the Murrumbidgee, is hanging-out for a rain event before the end of May.