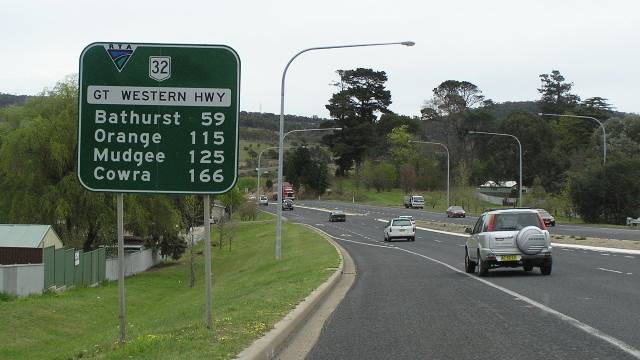 A $2 billion funding from the Federal Government for the upgrade of the Great Western Highway was part of the Federal Budget measures announced.

What NSW gets in the Federal budget

A huge spend on a Great Western Highway upgrade is part of the infrastructure cash splash on NSW in the Federal budget.

The extra funding will see the Great Western Highway improved from Katoomba to Blackheath and between Little Hartley and Lithgow.

NSW Treasurer Dominic Perrottet welcomed the infrastructure spend saying the Budget "places people at its very heart, ranging from more childcare assistance, help for the aged care sector, medical support in the regions, $2.3 billion for mental health and suicide prevention as well as a billion dollar boost for women's safety".

NSW state coffers are also set to benefit from a GST windfall - getting an extra $7 billion in GST revenue over the next four years after the surge in consumer spending.

NSW Farmers said there was investment in farm businesses, infrastructure, biosecurity and telecommunications as the standout announcements for regional NSW.

President of NSW Farmers' James Jackson said a $15 billion infrastructure spend including a significant allocation to the Great Western Highway duplication, over $370 million for biosecurity, and the continuation of instant asset write-offs for small business all indicate regional NSW and agriculture are valued aspects of Australia's economy.

"NSW Farmers has led advocacy for Great Western Highway upgrades, so it is heartening to see a significant sum directed to its upgrade," Mr Jackson said.

"The duplication of the Great Western Highway will enhance safety and efficiency for the transport of primary produce from the Central West over the mountains and will also improve access to the Eastern Sea Ports."

"The additional $1 billion in road safety upgrades, as well as $1 billion for local road infrastructure projects are critical commitments for regional communities."

Mr Jackson said farm businesses are at the core of a productive agriculture sector, so the continuation of the instant asset write off schemes are an important support mechanism.

"We applaud the Australian Government on continuing the instant asset write-off to June 2023, especially after years of setbacks including drought, bushfires, COVID-19 and flooding."

In response to the systemic unfair trading issues identified in the Perishable Agricultural Goods Inquiry by the ACCC, $5.4 million to fund projects that improve market transparency in the perishable agriculture goods industry is a welcome first step, he said.

Mr Jackson said NSW Farmers has been at the forefront of raising biosecurity risks and the Association is pleased the country's efforts to fight threats to livestock and crops will be boosted by $371 million.

"NSW Farmers has been particularly active in raising awareness around container cargoes and the threats they can introduce, such as African swine fever (ASF). It's promising to see $160 million has been set aside to strengthen Australia's defence against biosecurity threats at the border, including $60 million specifically for ASF."

The Budget also gives regional connectivity a much needed boost with $105.8 million for a second round of the Regional Connectivity Program - and the added commitment of $24.6 million to fund additional shovel-ready projects.

"Increasingly the agricultural sector is expanding technological on-farm processes. For these to deliver the productivity gains anticipated reliability must be assured."

Mr Jackson said significant opportunity lies in investment in skills and training, as well as in manufacturing, however the devil lies in the detail in how this will benefit agriculture and regional NSW.

"The Australian Government has announced 450,000 new training places for job seekers and young people, including 170,000 new apprenticeships and traineeships."

"Education and jobs are central to strengthening regional areas and the agriculture sector, and NSW Farmers has flagged plenty of opportunities in this space."

Alex Rogers is a second-year agricultural mechanical apprentice with Hutcheon and Pearce Wagga.

He studies at TAFE NSW Primary Industries Centre in Wagga, where he receives industry-leading training by TAFE NSW expert teachers.

Mr Rogers, 20, grew up in Deniliquin and worked on a farm after leaving school, developing a passion for farm machinery.

"I always wanted to be a builder but my experience driving and working on tractors gave me a new career path," Mr Rogers said.

"There's so much variety in this job, from working on tiny tractors to some of the biggest tractors in the world." 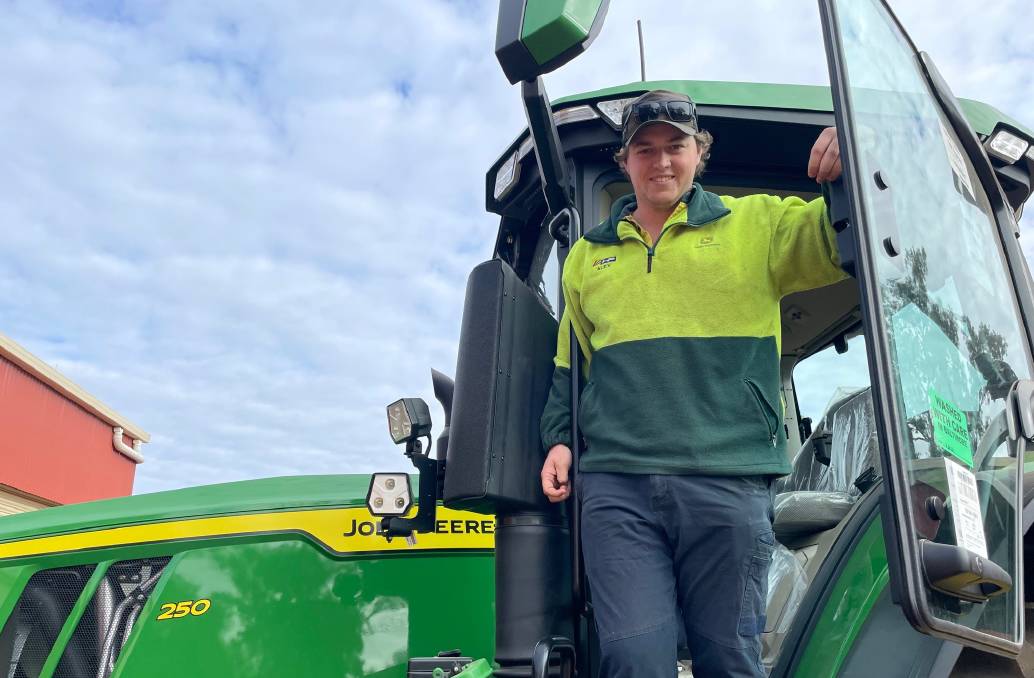 He said the Australian Government's apprentice wage subsidy proposal in this week's Budget would hopefully help attract more people like himself to the industry.

"It will lessen the burden on employers and hopefully draw more young people to the industry," he said.

Other budget announcements relevant to agriculture and regional communities include:

. $198.2 million to support Australian exporters and businesses and $37.4 million to implement the Simplified Trade System reforms to enhance international competitiveness;

. $29.8 million to grow the agricultural workforce;

An additional $28.2 million is also being provided to extend the Stronger Communities Programme, which provides grants of between $2,500 and $20,000 across the country to community organisations and local governments for small capital projects that deliver social benefits for local communities.

The Government said it will deliver on a National Water Grid to help improve water security in the regions. The 2021-22 Budget invests up to a further $258.0 million, including up to $160 million through the National Water Grid Connections pathway, from the $3.5 billion National Water Grid Fund towards the construction of new and augmented water infrastructure projects.

The new and augmented water construction projects being funded in partnership with states include:

The Government says the Budget funding will flow directly to regions through the following initiatives:

An additional $250 million for a sixth round of the successful Building Better Regions Fund, which builds on more than $1.0 billion already committed to our regional towns and cities from the Fund.

There is a new spend on roads in NSW that includes: