Bill, Vicki and Harold Braun with their retained weaner heifers.

The cropping district is home to a family who aren't afraid to do things a little differently, in more ways than one.

The Liverpool Plains is renowned as Australia's food-bowl but the cropping district is also home to a family who aren't afraid to do things a little differently, in more ways than one.

It was almost 20 years ago when Bill and Vicki Braun purchased Coomoo Coomoo, just outside of Quirindi, and relocated from Queensland.

While they followed the lead of the rest of the district and tried farming on the 2833 hectare (7000 acre) black soil property, it wasn't long before they opted to turn their farming country to sub-tropical pastures.

If that wasn't enough, their choice of breed was quite different to the Bos taurus cattle neighbouring them. 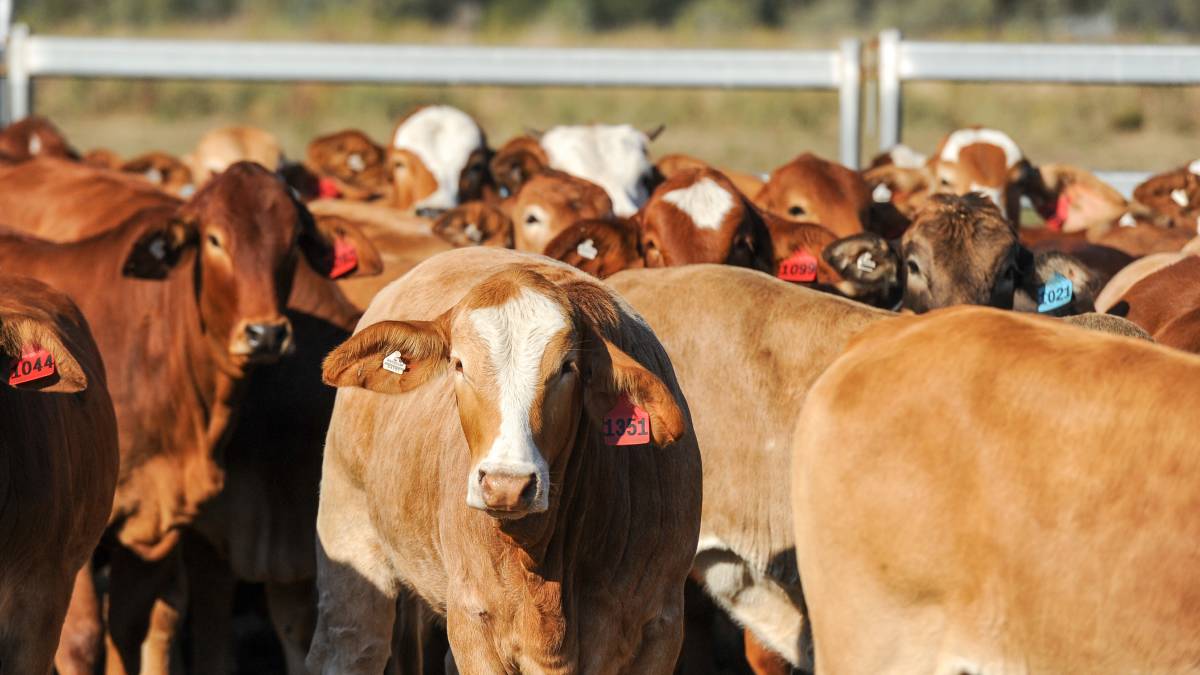 "We started with Santas and Charolais, but we have ended up here."

"We are really very happy with the cross in terms of temperament and now we have really got a nice type of commercial hybrid breeding herd," Ms Braun added.

The couple currently run 300 breeders but would normally reach 450 to 500.

At the recent Gunnedah Powerhouse Weaner Sale their line of steers stood out among the rows of Angus and Herefords, however, they weren't penalised on price due to their quality.

Brahmans have long faced negative stereotypes in the south around temperament and ability to fatten and battled to stake a claim outside of the sunshine state. Bill, Vicki and Harold Braun with their retained weaner heifers.

"We have people come up to us at the sale and ask, 'Are you selling any heifers?'" Mr Braun said.

"I've had people buy heifers off us and they come up to us later and want to know their breeding. 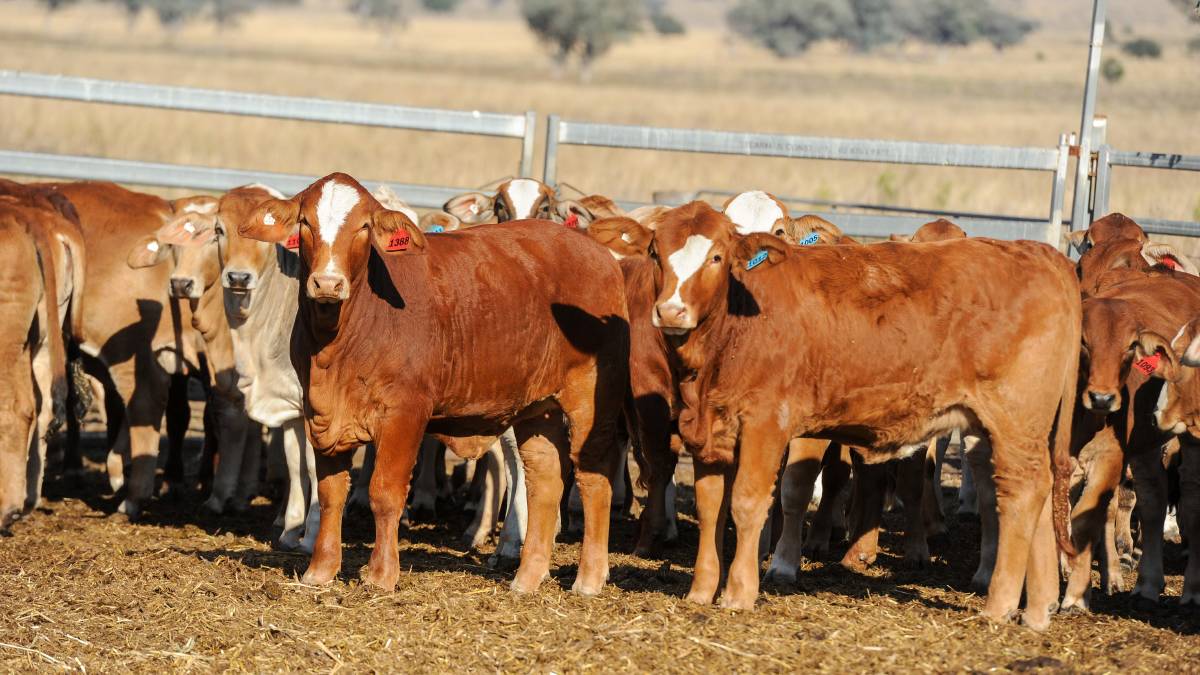 "I feel they are a bit frightened to try something a bit different to everyone else. In this area too, to be fair, nearly everybody is a grain producer and the cattle are secondary."

As producers look to rebuild, suddenly they aren't the only Brahmans in the district.

"There are a lot around here now because people have been buying cattle to fatten out of central Queensland but nobody in this area breeds them and they looked out of place at Gunnedah," Mr Braun said. 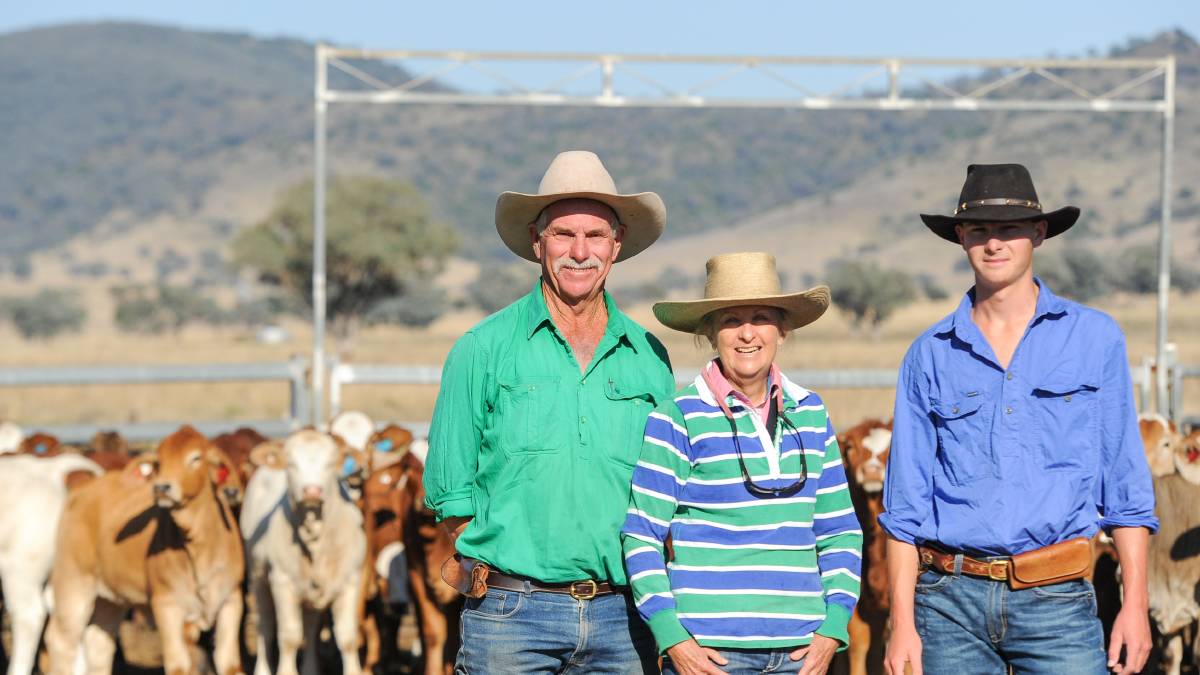 Almost a decade ago the Brauns made a decision to buy in 120 grey Brahman females from 1800 kilometres away at Cloncurry.

Ms Braun was unhappy with the progeny in their mob so they opted to start again.

"We have found we have really got very little tail in our mob," Ms Braun said.

"We ripped the Simmentals into them and haven't looked back," Mr Braun added.

The Brauns opted to retain all of their heifers this year, having held onto the majority of their cows in drought.

"We keep it very, very simple; you can get too complicated and you just go backwards," Mr Braun said.