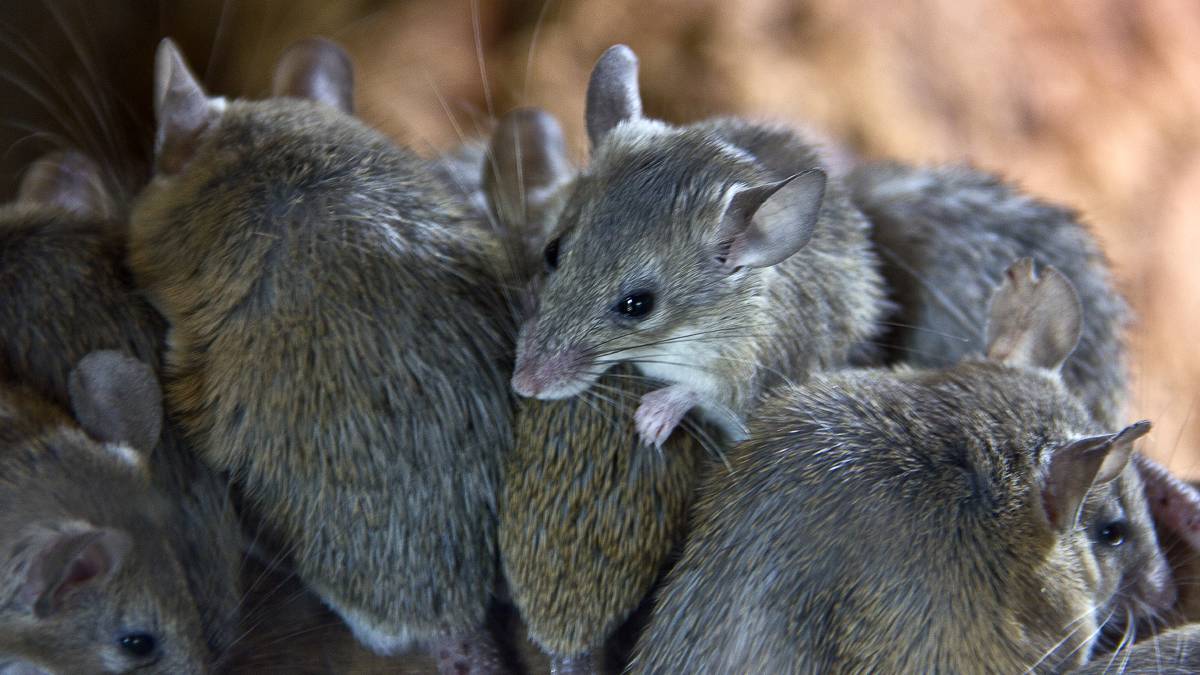 Crop losses due to the mouse damage in key grain producing regions could "easily exceed" $1 billion for NSW alone.

NSW Farmers have crunched the numbers from the devastating mouse plague that continues to ravage the state and have found potential losses for wheat are already at around $955 million.

It comes after the NSW Farmers' survey into the mouse plague indicated that more than 40 per cent of growers would reduce the area they plant in 2021 due to the lack of baiting support at the time of sowing.

"A lot of people are making decisions to not plant paddocks as they can't guarantee not to keep mice out," NSW Farmers' president James Jackson said.

"The government is still reluctant to recognise the scale of the problem and the potential impact on the economy of NSW especially the impact of the billion dollars in cereal crops that won't go into the silos at Christmas."

He said the government had confirmed its mouse bait rebate program would not open until July and would only apply to products purchased after May 13.

"Farmers need the support now so they have the confidence going forward to plant crops and use the potential of the season and moisture in the ground to fill the banks again," he said.

Mr Jackson added the cumulative impact to this is the loss of jobs within the sector, with the grain industry alone creating over 10,000 jobs annually, with up to a third of jobs at risk with the lost crop.

"This plague is a significant threat to drought recovery," he said.

"People have been living with this nightmare for months. It didn't start in May," Ms Aitchison said.

"Many rural and regional retailers have been selling out of traps and baits, so many households and businesses will have already spent hundreds of dollars on fighting the plague. There is nothing in this package for them.

"The Minister has failed to acknowledge farmers who, in some cases have invested hundreds of thousands of dollars trying to fight this crisis alone because the Government failed to act."

"What does the Minister intend on doing to address the holes that have been left in farmers pockets? Will they be retrospectively reimbursed?"

Meanwhile the NSW government last week announced it had secured 10,000 litres of bromadiolone to take out the mice infesting much of NSW.

Of those litres half has been sourced locally and the rest from France will be here in the coming days,

In 2014 mouse plague, 6000 litres of bromadiolone was used to help end the plague.

There will be 20 grain treatment sites across NSW pending the Australian Pesticides and Veterinary Medicines Authority (APVMA) approval for the use of bromadiolone around crops.

Perimeter baiting with bromadiolone, used in combination with zinc phosphide, will create a multi-layered defense of farmers' crops.

Agriculture Minister Adam Marshall said farmers would be able to have their grain treated by the mice-killing chemical at the sites free of charge.

"These mice are a scourge on our regional communities, but these 20 sites will be strategically located throughout the state's most affected areas, from Warialda to Jerilderie, and Condo to Scone, to help ease the burden," Mr Marshall said.

"When I'm on the ground talking to farmers, they tell me they need additional weapons against this pest and bromadiolone will help achieve that alongside zinc phosphide.

"As for when our treatment stations will be up and running, well that is entirely up to APVMA approval - we are in close contact with them and the Commonwealth to ensure all safety and environmental considerations are addressed but once they give us the green light then we'll be ready to roll in a matter of days.

Farmers can register for grain treatment online at www.lls.nsw.gov.au/mice or by calling their nearest Local Land Services office. Sites will operate in rotation and by appointment to ensure safe chemical handling and access for staff and customers.