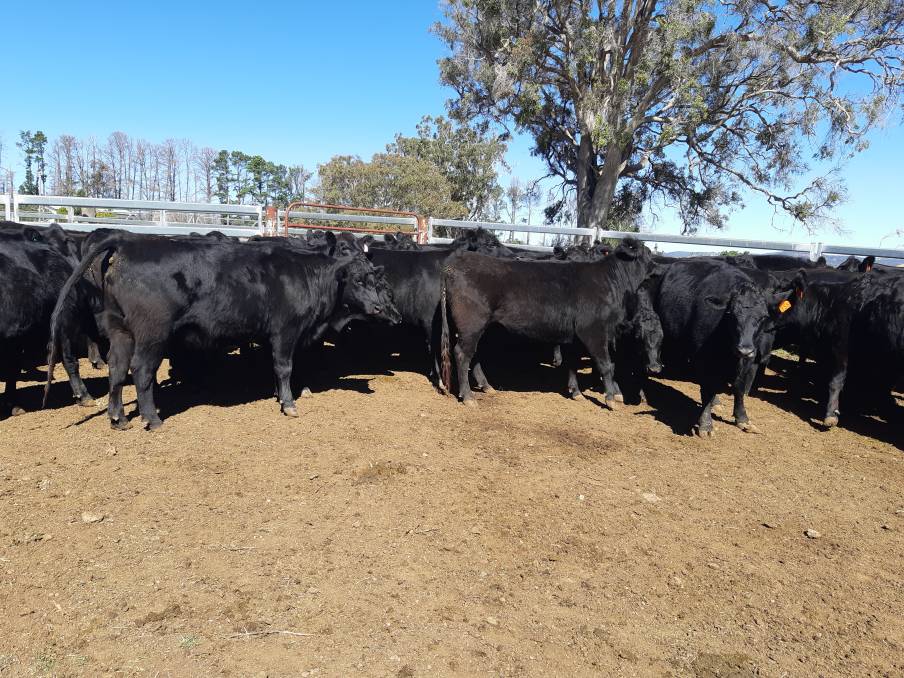 A shift to purebred Angus production in the mid-1980s has proven to be a sound business decision for the commercial producers the Wood family.

A shift to purebred Angus production in the mid-1980s has proven to be a sound business decision for the commercial producers the Wood family, situated at Numeralla, south-west of Glen Innes on the Northern Tablelands of NSW.

John and Sandy Wood now run the operation - which their son Langley is keen to one day continue.

It is spread across an aggregation of four properties and a combined 1200 hectares of steep, rocky basalt country.

The first block was purchased as a soldier's settlement in 1956 by Mr Wood's father, also John, and the other blocks added in the years since.

Mr Wood said the family were primarily wool producers until the crash in the late 1980s, and that his father also ran a small Hereford herd around that time.

"It was after the wool market spiraled that we changed tact and got into Angus beef production," he said. "We chose the breed as they suited our country well, and because there has always been a premium available for them."

The Woods are running 500 to 600 purebred Angus cows, from which the progeny are grown out to feeder or kill weights.

"We have a solid relationship with NH Foods," he said. "All of our feeder cattle go to its Whyalla Feedlot, near Texas on the Queensland/NSW border. This year we're averaging over $2000 per head on the Whyalla grid, which is an excellent return.

"Our kill cattle are processed through NH Foods' Oakey or Wingham abattoirs.

"Generally our younger kill cattle, surplus heifers and some steers are sent to the natural grass-fed, no antibiotic, pre-grid - where we're now getting above 700c/kg." 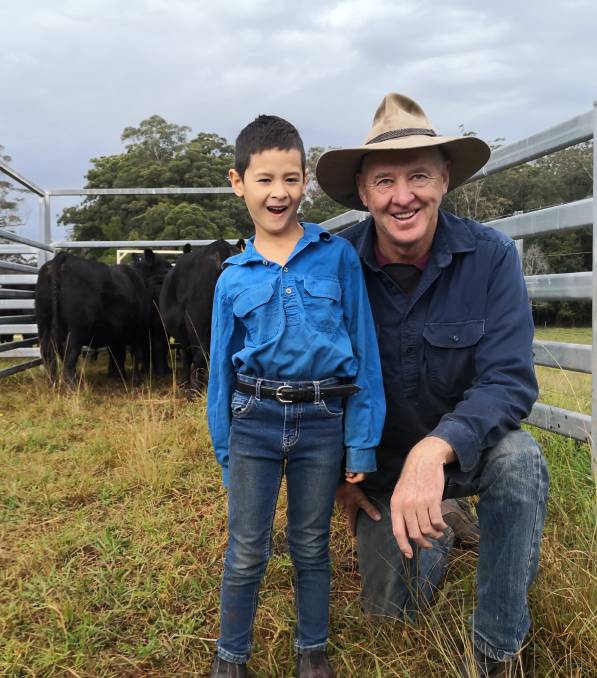 In the blood: John Wood with son Langley, who's keen to one day continue the family's purebred Angus commercial breeding operation.

Mr Wood said while their joining window was slightly "out of whack" through the drought, they've now returned to their standard practice of putting their bulls in with females in the first week of October, and pulling them out in mid-December.

"We have a few cows out of step with that calving period, and they'll likely stay out until they're killed," he said.

"We find Angus cows to be pretty fertile. In a good season our conception rates are in the high 90 per cent range.

"We always have plenty of cattle to play with, which means we have the good problem of choosing which cows to cull instead of looking for those to keep."

The productivity of the Numeralla herd has been aided by the Wood's long-term use of Eastern Plains Angus genetics.

"We've been buying up to four bulls each year from Andrew and Sally White's sale for 20 years," Mr Wood said.

"We're about 20 kilometres away from their stud, so the bulls are already well acclimatised to our conditions.

"Andrew is very much on the ball with acquiring the latest genetics, which we then purchase to introduce new bloodlines to our herd. To get the best genetic advantage we usually don't buy the same bloodline more than two years in a row.

"Whyalla has provided good feedback on the Eastern Plains feeder progeny that they tick all the boxes.

"They convert grass well and have shown good growth. We're also receiving good feedback on their performance on grain."

Mr Wood said because the store market is so strong this year, they've also joined a few surplus heifers.

"These have been pregnancy tested and are sitting here ready to go. We will get a good premium on them through the yards."

The family owns another property, Copmanhurst, near Grafton on the Clarence River in the Northern Rivers district, which is under irrigation for drought-proofing purposes.

"We have 110ha under irrigation there, where we send our cattle when necessary given the season - or use it to grow cash crops," he said.