Snow has fallen at the Barrington Tops and Nundle, with more expected on Thursday. 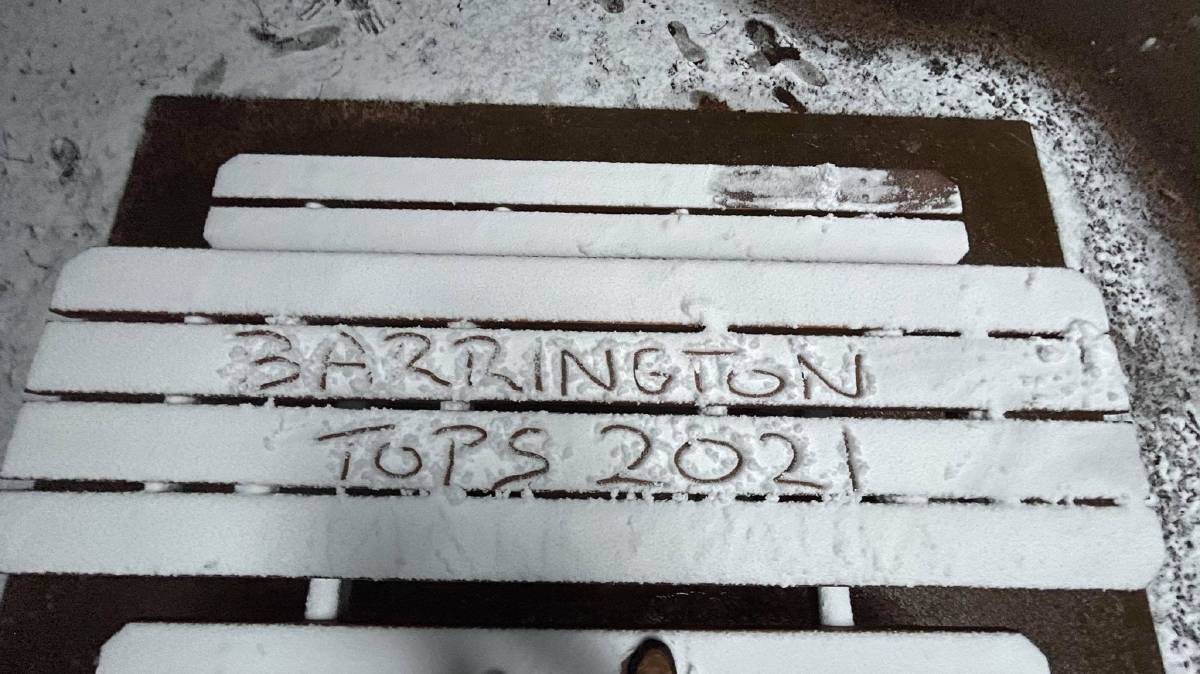 Snow has fallen in the Barrington Tops and further north in Nundle on Wednesday as temperatures dropped to icy levels.

Bureau of Meteorology meteorologist Hugh McDowell said rain gauges around the Barrington Tops had recorded between 1 and 2mm of rain during the day, which would have created "just enough snow to turn the ground white".

Stronger snowfalls are expected on Thursday, Mr McDowell said, with 3-9cm set to fall at the Tops.

Meteorologist Helen Reid said snow was expected down to 800 metres around the Barrington on Thursday, but it could be even lower further west.

"There's quite a lot of moisture in the atmosphere," she said.

Alex Stokes and Brad O'Brien managed to catch a glimpse of the first snow at Barrington Tops, arriving there about 3pm.

"We left our house in Muswellbrook at 1.30pm and it just started snowing as we got to the Dingo Gate," she said.

"It was my first time up there in the snow. There were heavy snow showers up there between 3 and 5pm.

"We initially weren't going to go as we weren't sure if it was snowing or not and Brad really wanted me to be able to get the chance to take me up as I've missed the opportunity the last few years due to work commitments."

Hailey Leisinger from Gloucester also managed to snap some photos of the snow while travelling from Nowendoc to Nundle.

The Barrington Tops are not expected to be as busy for snow chasers this year, with the main access road still cut off after floods in March.

Forestry Corporation of NSW has advised drivers against using the alternate access via Scone due to the quality of the road.