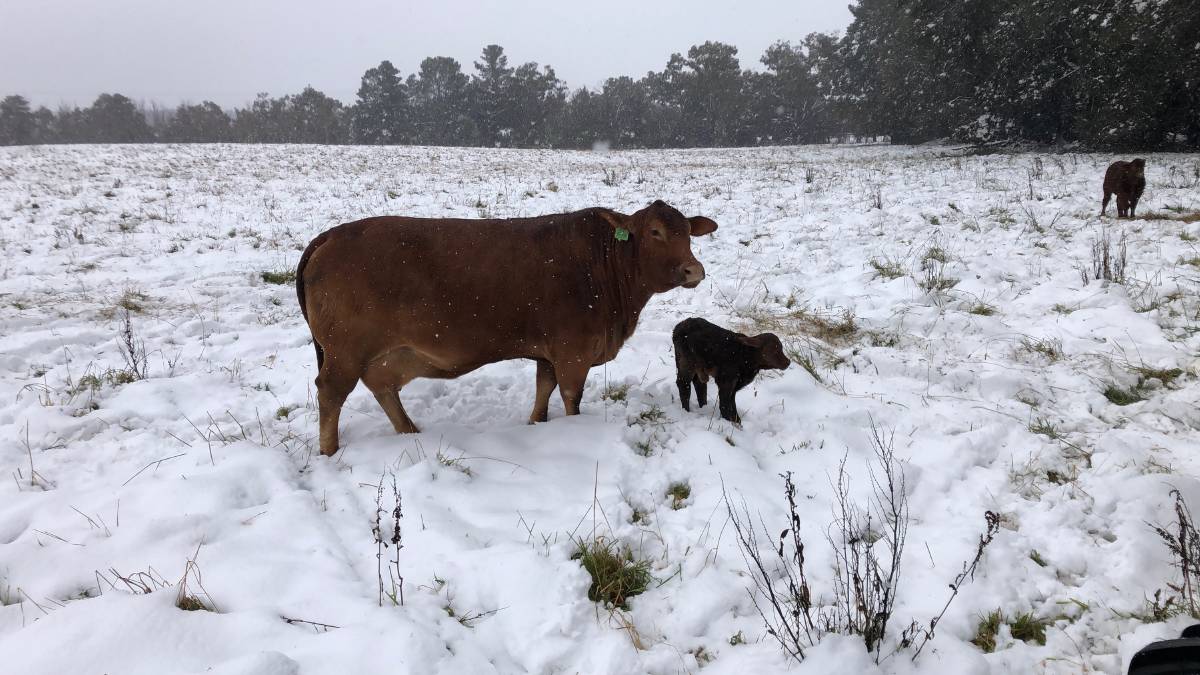 The Droughtmaster cow and her new calf born on a snowy morning.

Imagine coming into the world when temperatures failed to get over 1C.

Droughtmaster cattle were bred to survive harsh conditions but this little calf certainly got a shock when it was welcomed into the world last week.

John and Peg Bowler of Maruk run the tropically-adapted breed at Orange which welcomed 150 millimetres of snow last Thursday.

It was unfortunate timing for a little heifer calf who made her entry into the world that morning when temperatures ranged from -1 to 1C.

Mr Bowler, who has been breeding Droughtmasters for 30 odd years, brought the breed with him to Central NSW and hadn't looked back.

"They are a pretty adaptable breed," he said.

"I had them before I came to Orange and the main reason I looked at them was because they were an easy care animal. We don't have problems; we don't have calving problems with them, we don't have eye problems we don't get bloat, they are really easy care, adaptable animals.

"It's quite unusual because there are not a lot of Droughties this far down."

Mr Bowler captured similar photos of his herd during a big snowfall in 1996.

The new mother, Maruk Heather, was an old hand at handling wintry weather and knew all the warm spots to take shelter.

While the newborn hadn't been given a name yet, Mr Bowler had a few ideas in mind.