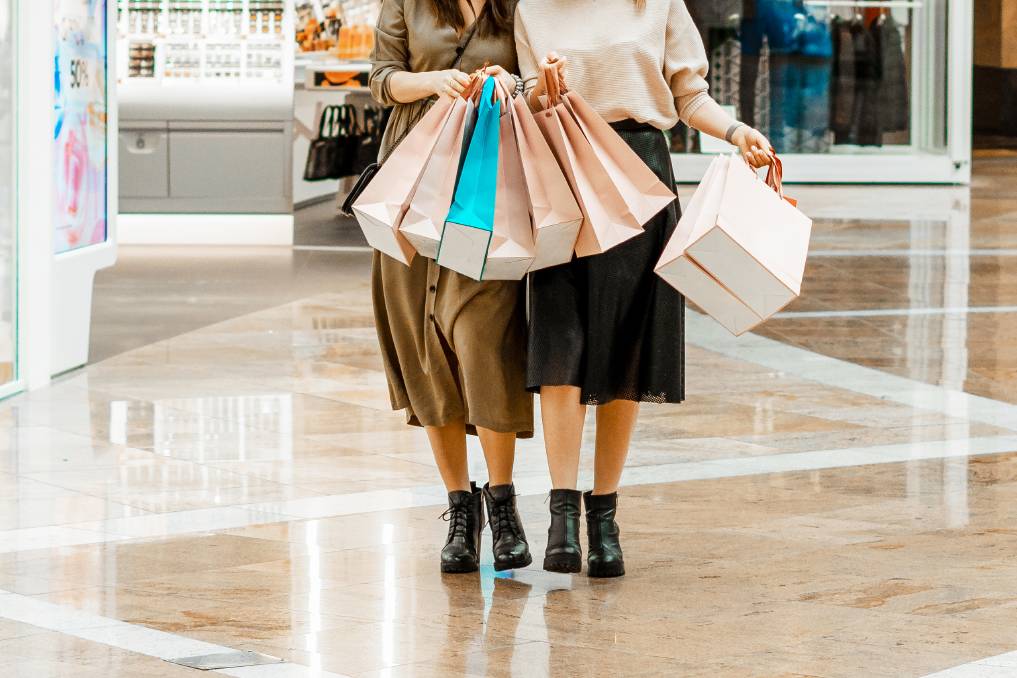 Wool industry players hope global shoppers get their minds in-gear after lockdowns to buy more natural, sustainable apparel and be content to pay more for garments that are helping the planet.

Auction prices were fairly frantic at the Australian fashion industry's raw material sales last week as a degree of optimism spread through the trade and fear of missing out (FOMO) took over.

Plenty of indent orders seemed to be present in the market and buyers were instructed "not to come back without the required quantity".

So, wool values picked-up strongly on Tuesday and continued to rise again on Wednesday.

Only the Melbourne and Sydney auction centres were in operation and the available quantity was restricted to 36,000 bales.

This seemed to be the "Goldilocks" amount of wool for the market.

Some Western Australian woolgrowers - and a few from the eastern states - did take advantage of the WoolQ™ selling platform and offered (and sold), their clips on the electronic platform on Tuesday afternoon.

Despite the already stretched premiums for superfine Merino categories, the basis continued to widen and there were price gains of up to 100 cents a kilogram achieved for 16 and 17-micron types.

Fine and medium Merino lines increased by a lesser, but still hefty, 75c/kg as buyers clamored to fill orders.

Even crossbred wools got caught up in the melee and rose by 30c/kg - or 7 per cent - as buyers started to speculate.

Carding wools lifted by a similar amount, experiencing a solid 30c/kg increase, as knitwear continues to dominate the fashion scene.

The reaction at the end of the week from customers overseas varied.

Some now seem to want to sit and watch.

Others are determined to push forward and secure more raw material all the way through into the new calendar year, albeit at slightly below prompt market prices.

The South African wool market was also fairly boisterous last week, although Australian Merino prices did close the gap somewhat on equivalent types in the Cape.

South Africa's sales now shut down for an eight-week recess, which turns the spotlight firmly on to the coming sales in Australia.

Sales return to all three national auction centres this week and there are 45,000 bales rostered.

This is not a huge volume, but - after the fireworks of last week - some buyers may understandably want to remain a little cautious about pushing prices higher.

The processing season is supposed to be in full-swing across the globe. But most reports show it is spluttering, rather than humming, along.

In China, garment makers seem unsure about what styles and colours to make.

Perhaps not having the usual lead from Europe is making them a little more hesitant than usual.

Consequently, a lot of fabric is being made "grey" - not the colour, but in the state as unfinished but able to be diverted in many different ways or shades when a final decision is made.

These stocks of "grey fabric" are building, not to alarming levels, but building nevertheless.

Coupled with the frenetic wool price rise last week, particularly in the superfine Merino segment, Chinese buyers are likely to be more circumspect in coming days.

Labour shortages continue to confound the processing fraternity across China.

It seems hard to imagine, with a population of 1.4 billion people, that mills would be struggling to find workers.

But the whole sector seems to be unable to rise to about 70 per cent of full production capacity due to a shortage of textile workers.

This is leading to production delays and, coupled with slow shipment times, there is much frustration for customers around the globe.

But they are still not going flat-out, given the slow process of opening up the post-COVID-19 world.

Having experienced the recent shipping delays from China to any other part of the world, many European processors are now asking firstly about delivery time and then price.

All major European spinners and knitters are busy at present, and some of the weaving fraternity are dusting-off the looms that have been idle for some time.

Some of the product is being exported back to Asia, including to China - from where the tops or yarn came from - or to Australia, which was the source of the greasy wool.

This is not to say that the European textile industry has fully recovered.

But it has certainly improved from this time last year.

How the future pans-out will be determined by consumer activity levels in the coming selling season, which for the bulk of these woollen garments will start in September.

Consumer confidence continues to be the key ingredient when it comes to selling discretionary items, such as apparel.

And the sustainability factor, with environmental disasters such as a ship carrying plastic pellets breaking-up off the coast of Sri Lanka, continues to gain precedence.

The media has been effusive in its efforts to highlight the damage large pieces of plastic can do, let alone the microfibres discharged every time a piece of plastic clothing is washed.

Unfortunately, these cannot be seen on the nightly news service, or people would immediately stop buying the rubbish.

With the G7 group - plus a few - meeting in Cornwall during the past weekend, these countries will no doubt seek to fast-track a bit more carbon reduction across the planet, as well as try to rid the globe of the pesky COVID-19 virus.

The ongoing stimulus being fed into the global economy continues to stir the inflation pot.

But every central banker is at pains to tell all those who will listen that it is merely temporary and consumers should remain calm and keep shopping.

Hopefully all does remain calm and happy and consumers do shop with their minds in-gear to buy more natural, sustainable apparel - and feel content when paying a higher price for a garment that is actually helping the planet, rather than harming it.

Even if we do see a slight correction in the wool market this week, it is likely to be rather small and temporary, as the longer term prospects are still looking very good.