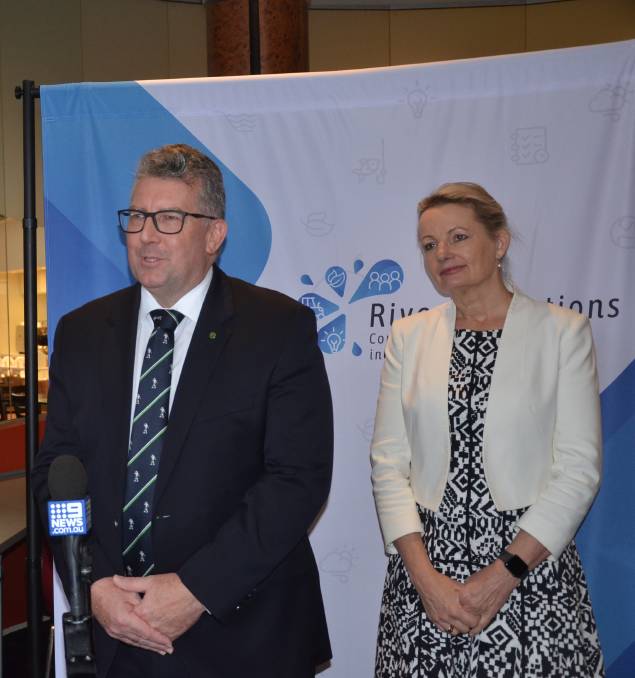 Federal government ministers have acknowledged a lack of confidence, among southern Murray Darling Basin irrigators, over metering in the Northern Basin.

Mr Pitt said he hoped $25 million federal funding for telemetry and other technical metering components in the northern Basin would ensure trust, particularly around floodplain harvesting.

"We must improve trust and transparency in the available information and continue to deliver on things that make a difference," Mr Pitt said.

The Murray-Darling Basin Authority recently reported there needed to be greater consistency between the states over water metering accuracy and coverage.

Mr Pitt admitted there was a "real lack of confidence" in the current information.

The changes would ensure monitoring gave the correct, real-time data, which was accurate.

"The money we are investing in northern parts of the Basin should give confidence to other users that everyone is taking what they are owed, and no-one is taking any more than that."

Mr Pitt said the recent Australian Competition and Consumer Commission inquiry found that there was potential for people to "stitch-up" the system but had not uncovered hard evidence.

"The great unknown is always worse than the actual," he said.

"This will help the level of confidence in the delivery of the Plan."

Ms Ley welcomed the announcement and said it was something her electorate needed to hear.

She said southern communities needed to have their confidence restored.

"Increasingly, that confidence hasn't been there, because of anecdotal evidence about increased on-farm storages," Ms Ley said.

There was uncertainty about water take in the Northern Basin due to variable irrigation systems, which resulted in different usage patterns.

"I know my constituents will welcome this as well, because that's exactly what they want to hear," she said.

Ms Ley said one possible solution to increasing water flow past the Barmah Choke could be using the Mulwala Canal.

"I support optimising the delivery of both environmental and irrigation water," Ms Ley said.

"There is no suggestion of digging drains around the Choke or doing major earthworks, but instead using the existing system.

"There is no doubt the damage at the Choke is significant, and needs to be addressed."

She was optimistic that the Basin Plan would be completed by 2024.

The Commonwealth was willing to work with South Australia, to ensure Sustainable Diversion Limit projects were delivered.

"We know its difficult, we know its challenging but we know we can also get there," Ms Ley said.

"I am optimistic that everybody working together - to take the responsibility of providing the projects - means it will happen."