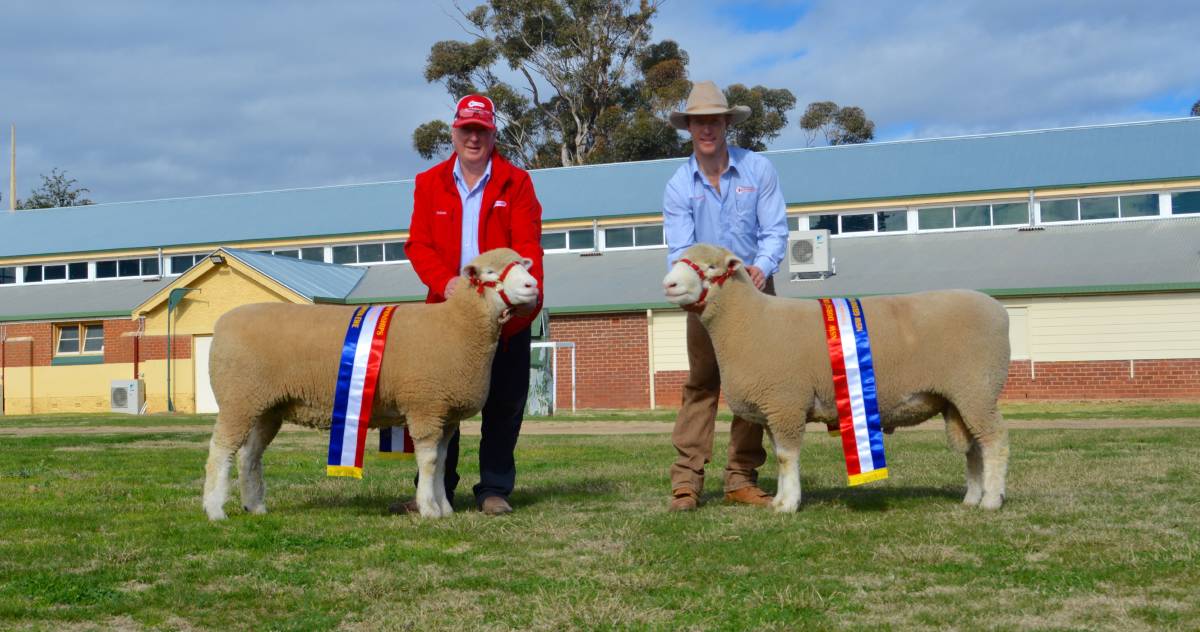 Graham and James Gilmore of Tattykeel Poll Dorsets, Oberon hold the grand champion ewe and grand champion ram of show. The ewe went on to be sashed the Bromar NSW supreme exhibit.

All the results from the 35th annual NSW Dorset Championships today in Cowra.

RETURNING to the NSW Dorset Championships after a nine year break proved to be a worthwhile move for the team at Tattykeel, with both grand champion ram and grand champion ewe going to the Oberon based stud.

Tattykeel 'Della' 200079 exhibited by the Gilmore family was the NSW grand champion Poll Dorset ewe of show that went the whole way to be sashed the Bromar NSW supreme exhibit of the 35th annual Cowra event under judge Paul Brown of Derby Downs stud, Vic.

Sired by Tattykeel Mastermind ET 170014 and out of Tattykeel 140085, the show-stopping ewe has a credible history in the recent months being the supreme champion interbreed ewe of the NSW State Sheep Show at Dubbo and reserve champion Poll Dorset ewe at the Sydney Royal Show.

She was the class winner of the ewe under 1.5 years class. 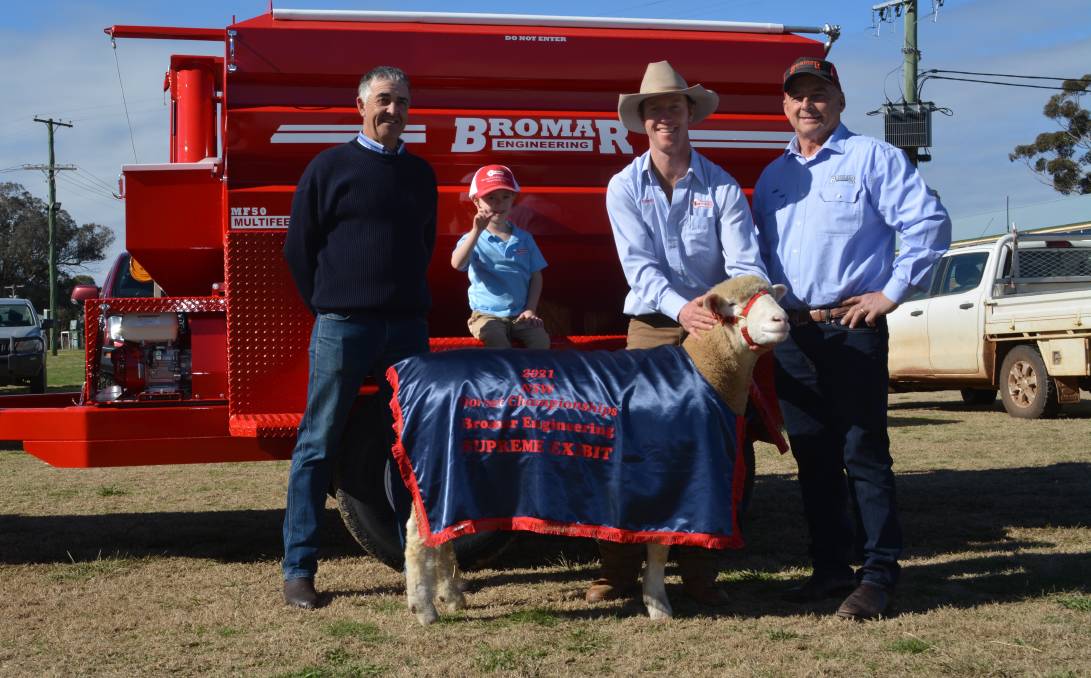 Grand champion Poll Dorset ram went to the senior champion Tattykeel 200034, that came out of the pair of rams under 1.5 years shorn class.

It was the Hillden ram's first show, but he will go on to the Australian Sheep and Wool Show and the Australasian Dorset Champions, both at Bendigo, Vic before he sells in the Hillden online sale in September.

Also a ram that make his debut at Cowra over the weekend, he was by Abelene Park 228 that was used heavily, according to Marshall Douglas.

"He (the sire) was a long bodied, well-muscled ram and this is his first progeny to be shown," Mr Douglas said

"We plan to take this ram to the Australasian Dorset show in Bendigo in August.

"He will probably he kept in stud... we have ewes in lamb to him that will lamb in August."

He teamed up with the grand champion ewe and supreme exhibit of show to win the Total Ag Solutions NSW mixed pair of the year sash, ahead of a second team from the Tattykeel stall that was made up on the senior and grand champion ram and reserve champion ewe of show.

Tattykeel finished up their weekend receiving the Clipex most successful Poll Dorset exhibitor award and the best strike rate award.

From the senior performance class, he weighed 155 kilograms with a eye muscle depth (EMD) of 72 millimetres, an eye muscle width (EMW) of 113mm, an eye muscle area (EMA) of 62.65 square centimetres and fat depth of 11mm.