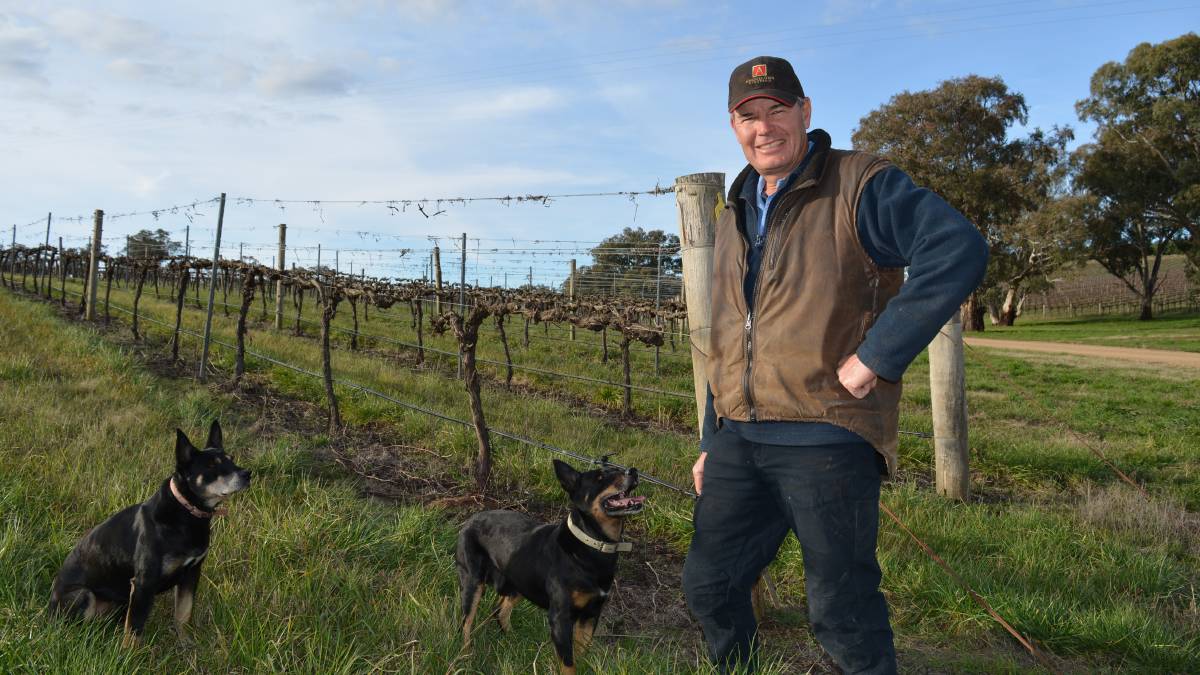 James Crossing, Angullong, with dogs Tom and Ralph and some of the farm monitoring systems funded through the Farms of the Future program on his family's wine and beef operation. Photos by Andrew Norris.

Farms of the Future program expanded to five new regions

At the pointy end of one of the main agriculture NSW budget initiatives, James Crossing, Angullong, who runs a viticulture and Angus operation, says he's glad to report the sensor system he's installed on his property has been a success and "very helpful".

He's just drawing an end to the pilot program about 30 kilometres outside Orange, where four properties were involved in the Farms of the Future connectivity program.

The system live streams information to his mobile that allows him to read everything from water tank levels, trough levels, the weight of cows, weather stations, in-crop monitoring in the vineyard, and the monitoring of pumping from the river, with data and a visual stream to his mobile.

It's saved him time and money, he says.

As part of the program a new wi-fi system has been installed at both farm houses and offices and across the farm that has vastly improved connectivity on the vineyard and commercial Angus operation he runs with other members of the Crossing family. 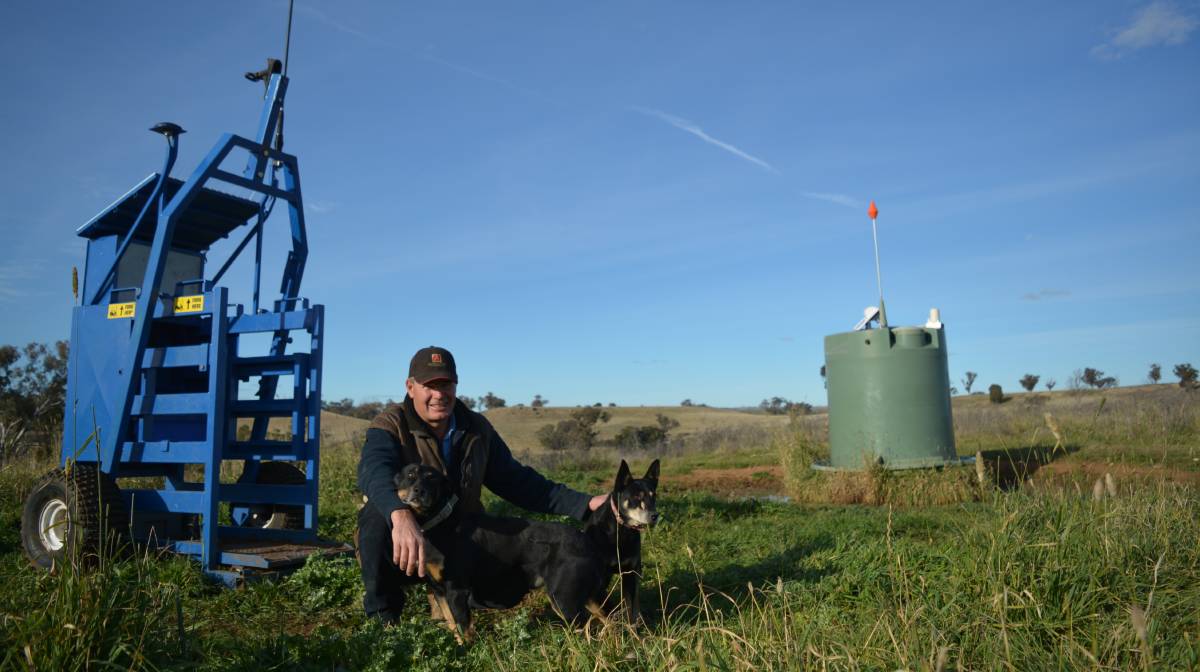 Wired in to the future at Angullong.

There were many providers and it was complex with so much data and it wasn't until he saw a virtual dashboard put together by the provider Peartree, that he could get a more workable version of all the sensors working on his farm.

"It's allowed labor saving and peace of mind," he said of the sensor-app system. Each morning he can view where his water levels are and whether he needs to increase supply to tanks or troughs.

"It's a reasonable cost and I'll have to decide if there is value in that," he said.

One of the best innovations is the cattle weight system, a portable cattle scale where cows are attracted to a salt block on a mat that at first reads their RFID tag and using an algorithm gives him a weight just from their two front feet.

He's been able to see if the time is right to sell trade steers or to move heifers to a better paddock. He's been able to stand with a stock and station agent in the paddock with the cattle weight information in his hand.

The Farms for the Future program has been expanded in this week's NSW budget to cover five more regions covering 11 local government areas in a $48 million budget measure. 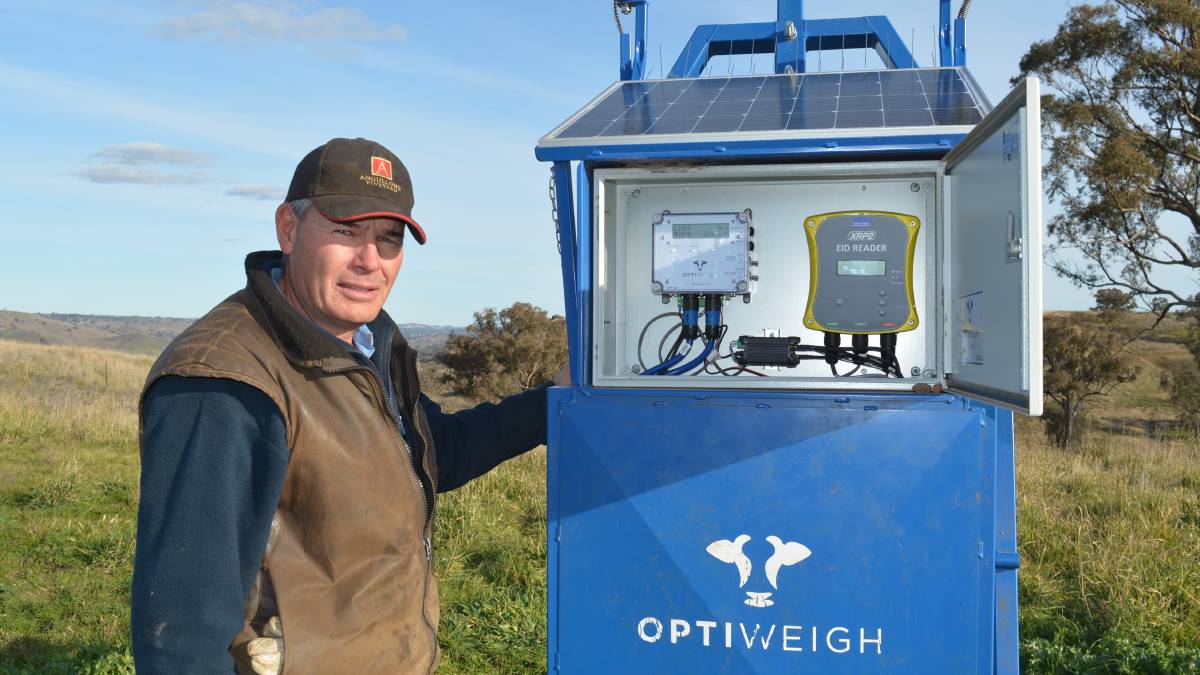 A cattle weighing monitor installed in the paddock at Angullong.

The program will install a Long-Range Wide Area Network (narrowband) network in five regions "to ensure the connectivity is available for farmers to access and use ag tech on-farm for the duration of the Pilot", a briefing note said.

"The $48 million investment is in addition to the Program's initial $400 million commitment and recognises the need to accelerate efforts to fix connectivity problems in regional NSW.

"Ag tech' refers to the use of digital technologies on-farm. These technologies gather data via devices such as water pump monitors or soil-moisture sensors which is then transmitted back to a 'platform' such as an app or computer program."

Examples of ag tech include:

"The acceleration of tech-enabled production and monitoring methods has the potential to increase farming businesses' gross value of production (GVP) by 25 per cent. For NSW this would equate to a $3 billion GVP uplift, representing a significant portion of Regional NSW's economic output and large opportunity cost currently borne by producers and the State. 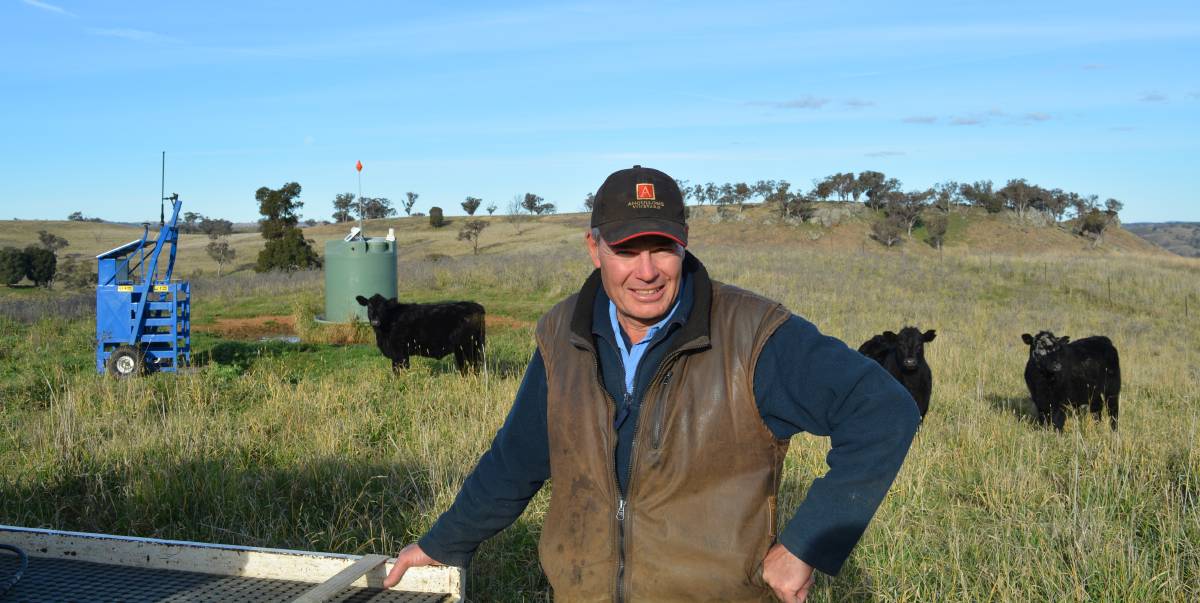 Angullong is a commercial Angus and winemaking property near Orange.

"The expanded Farms of the Future program will be rolled out across five regions (Riverina, Central West, North West, North Coast and New England) and 11 Local Government Areas (LGAs). In these areas there are four agricultural sectors that are the focus of the program: grains, cotton, fruit and red mFat.

"The first step will be to construct and operate a Long-Range Wide Area Network (LoRaWAN) in the selected regions and LGAs in 2021-22.

"In 2022, we will run a grants program for farmers to purchase ag tech devices and applications. A support program will run to build industry capacity and understanding as to how the technology works via a 'Train the Trainer' model, to increase supplier and farmer digital capability and confidence to use on-farm technologies."

Farmers can get more information on the program through this link.

Deputy Premier John Barilaro said the program was part of "almost $64 million announced for the NSW Government's Future Ready Regions package that will help regional communities prepare for future droughts by investing in the latest technologies, data and tools to boost business productivity, while helping communities to plan ahead".

"This package includes $48 million for the Farms of the Future program, which will boost on-farm connectivity so producers can adopt agtech and compete with the best. We will also survey western NSW for new water sources to reduce pressure on other supplies during drought," he said.

"We are also investing $50 million to fund a new Mobile Coverage Project, to improve infrastructure and boost emerging technologies."

Also announced in the Budget was an expansion in the water resources mapping in the Western Division, using an airborn electromagnetic detector machine.

The aerial electromagnetic survey started in 2019 from Cobar to Rankins Springs, and also found deposits of gold, copper and zinc. It can detect groundwater and minerals about 500 metres below the ground. The original survey covered 19,000 square kilometres.

The plan is to do more surveying down to Broken Hill. It hopes it can find saline or non-potable water for mining operations, that will mean miners will not have to use potable water supplies and also find possible underground water storages.

The Department says: "This program of work will primarily assess the extent and nature of deep groundwater in some areas of the Darling Basin in central and far western NSW. A secondary component will be to assess the underground storage potential of in this region.

"Three components are proposed for the program, to assess deep aquifers in western NSW for water supply and potential storage:

"This data would be integrated into 3D geological models developed by GSNSW for the area that will help quantify the extent and quantity of groundwater in the two proposed investigation areas.

"Managed aquifer recharge (MAR) refers to the intentional recharge of water to aquifers for subsequent use or environmental benefit. It can be accomplished by pumping storm, river, lake, or recycled water into special wells to replenish an aquifer. MAR schemes have the potential to provide greater water security during drought for regional communities and industries and limit groundwater depletion."