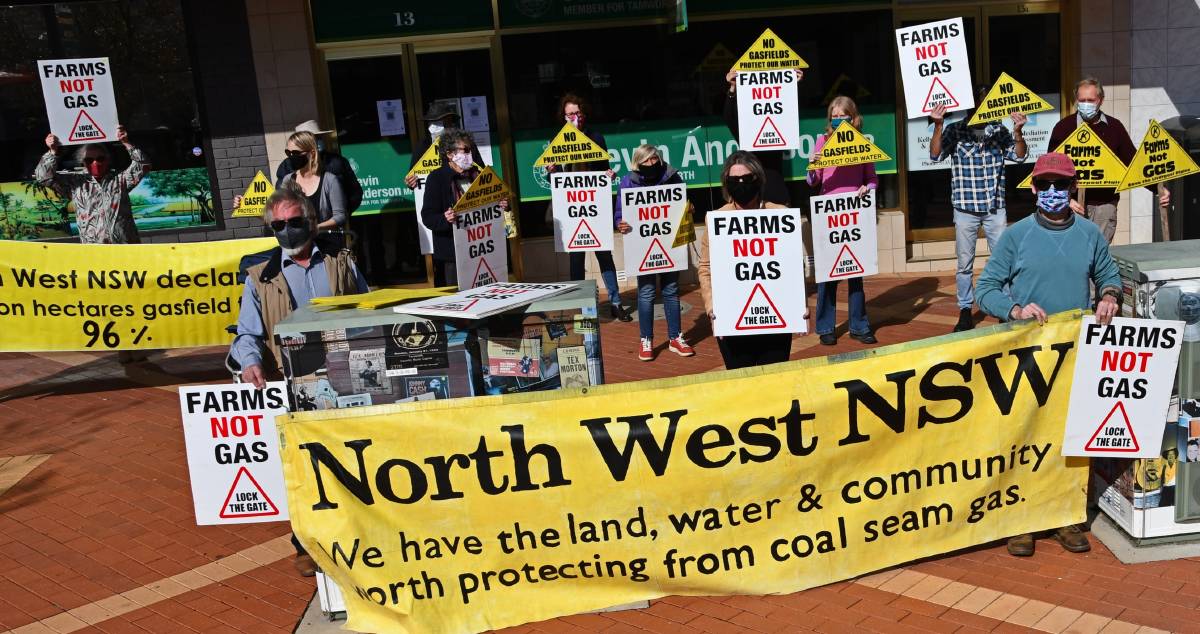 Locals called on Tamworth MP Kevin Anderson to help extinguish the zombie PELs by gathering outside of his Tamworth office on Wednesday. Photo: Billy Jupp

The rallies called on the state government to extinguish expired petroleum exploration licenses.

THE streets of two North West towns were filled with landholders concerned with the threat of gas exploration on Wednesday afternoon.

Producers and concerned locals filled the streets outside the offices of Tamworth MP Kevin Anderson in Tamworth and Northern Tablelands MP Adam Marshall in Moree to persuade the government to extinguish expired petroleum exploration licences (PELs).

The demonstrations come nearly a year after Santos' Narrabri Gas Project was approved and only weeks after Shenhua's Watermark Coal Project on the Liverpool Plains was scrapped.

Mullaley producer Margaret Fleck was among those who attended the Tamworth event and said there would "never be a social licence for the coal seam gas industry to operate in the North West of NSW."

"The continuing threat of the zombie PELs that cover our land and the uncertainty they generate make it much more difficult to justify and obtain finance for any investment in agricultural businesses," she said.

"We have worked very hard to ensure that our highly valuable soils and underground water have not been damaged by the industry so that we can continue to grow food and fibre for the nation, but we continue to feel exposed and threatened because expired PELs still cover our farms.

"Almost all of the farms in the North West rely on underground water supplies. Coal seam gas developments are an enormous risk to groundwater.

"The PELs that cover our farmland raise uncertainty among farmers about whether our precious groundwater is safe." 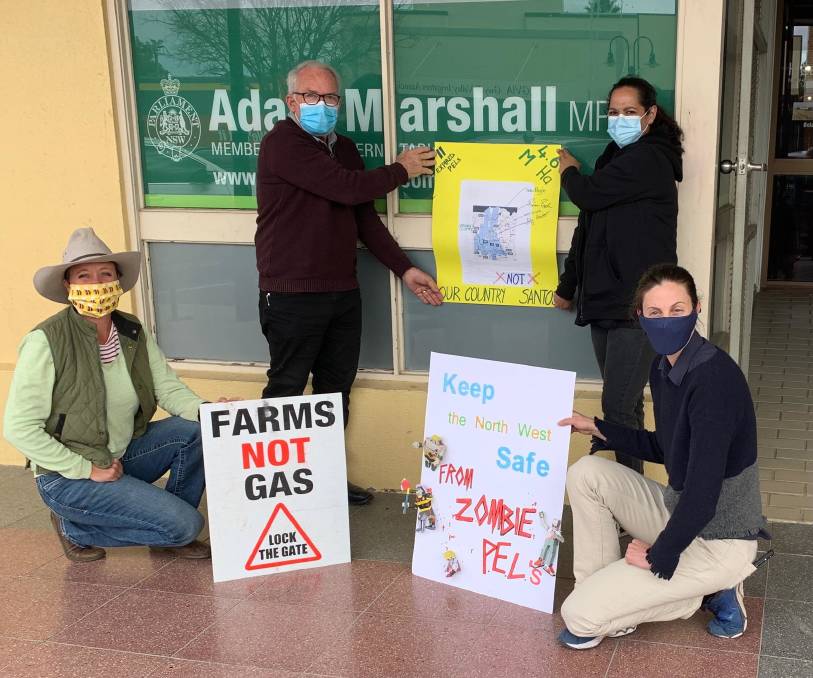 Tamworth local Wayne Chaffey said the rallies were about keeping Mr Marshall and Mr Anderson, both of whom have called for the PELs to be extinguished, accountable.

"They've said it, but we want to see the action now," Mr Chaffey said.

"It's a worry that the federal government is still talking about a gas-led recovery but at state level we have our local MPs saying they want them extinguished and we want them to be true to their word.

"They've said they will do it, so it's important we show them that the we support them in doing that, we want them to show strong leadership and say enough is enough, get rid of these zombie PELs."