Breeding balanced and versatile cattle is a focus for Gilmandyke Pastoral's Wade Peatman.

Every property has a story. And its history and the families who have lived and worked there make up part of its tale.

For the Bateman family's Kangaroobie, near Orange, NSW, home of the renowned Gilmandyke Angus stud, a brand new chapter has begun and the future is looking very bright.

And this is the passion for Gilmandyke Pastoral's general manager Wade Peatman.

Mr Peatman, who has been general manager for the past two years, and his stud manager Peter McNamara are focusing on nurturing the properties, stock and people in their care to create something exceptional.

The company was started in 1971 by the Bateman family, who were passionate Murray Grey breeders. The family began breeding Angus cattle around 15 years ago, and now run Gilmandyke Angus stud, with 500 stud females, as well as 2800 commercial breeders.

But the stud is only the beginning for Gilmandyke Pastoral. The company owns more than 8000 hectares across five properties across NSW.

As well as its extensive Angus breeding program, Gilmandyke Pastoral also runs 4500 breeding ewes, as well as cropping 800ha of wheat and canola.

Mr Peatman said the Bateman family was heavily involved in the properties, led by Belinda Bateman and her four children. IMPRESSIVE: Almost 400 commercial cows and heifers will be offered for sale at Gilmandyke Angus stud's sale on August 26. The breeders are in calf, with a number of cows joined to Dunoon Prime Minister.

The importance of family and working together on the land is a theme that runs strongly at Gilmandyke Pastoral, with the managers of each property and other staff living and working on the places.

But breeding versatile and balanced Angus cattle is a priority for Mr Peatman.

With this, the stud is focusing on data to help make breeding decisions.

Mr Peatman said Gilmandyke was using performance recording in its commercial herd as well as its stud to help produce the best possible progeny.

"Commercial performance is key," he said.

"So the data coming out of the commercial herds feeds into the stud to show what they are producing."

Mr McNamara said the stud was dedicated to producing a balanced animal, and this meant increasing focus on estimated breeding values (EBVs) in bulls.

"We don't focus on one single trait at the cost of losing another. We are focusing on a good balance of calving ease, carcase and growth," he said.

"We're critical of female structure too. We use the data to make sure we avoid those extreme types."

To this end, Gilmandyke is carrying out structural assessments on stud females, as well as its bulls, with assessor Ian Moreland.

"There is so much value in our females," Mr Peatman said. "And having an independent assessor overcomes being too close to your own herd." 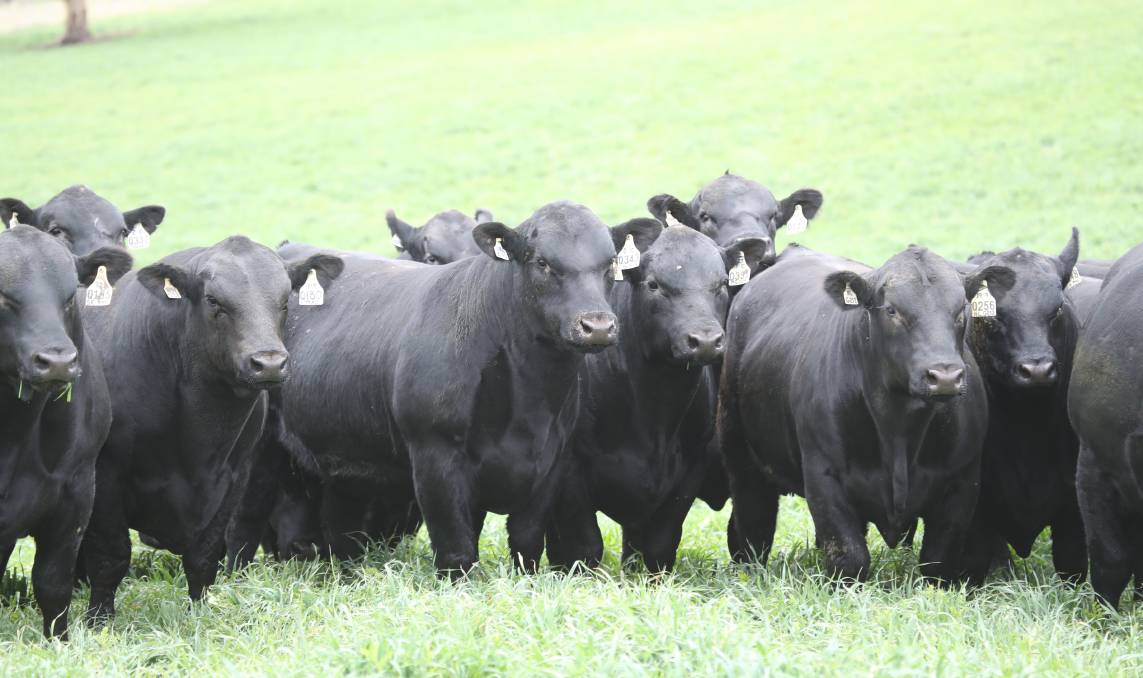 BALANCED: Gilmandyke Angus will offer 90 bulls at its August sale.

Mr McNamara said because of the size of the operation, as well as producing their own commercial progeny, they are able to get a good idea of what was working.

Nearly all of the Gilmandyke steers are sold to feedlots when they reach between 450 and 500 kilograms, while commercial females are either retained for breeding or sold to other breeders.

The reliance on data is also reflected in the pasture management of the properties.

Mr Peatman said there was a great deal of importance placed on looking at the property as a whole, and focusing on soil and pasture health.

He said there had also been 3500 native trees planted this year at Kangaroobie.

"It's always been of great importance to the owners," he said.

Managing pastures and maintaining good ground cover is crucial to Mr McNamara, including observing individual grazing days for each paddock.

"I really try to not overgraze paddocks. I focus on grazing management and pasture and soil health," he said.

And when it comes to Gilmandyke's bulls, Mr Peatman is thrilled with the impressive, balanced bulls they are breeding. MAGNIFICENT: Gilmandyke Angus will hold a sale open day on July 29, with the sale on August 26, offering 90 bulls.

He said the purchase of Dunoon Prime Minister in a syndicate last year was proof of the kind of bull Gilmandyke was aiming to produce.

"He was a rare find. He had such a balanced set of EBVs," he said. "Prime Minister is a prime example of not being extreme in any characteristics. That's what our herd is going to benefit from."

As well as all stud cows being artificially inseminated, 1100 selected commercial cows have been included in the AI program.

"Using Prime Minister in our AI program, we can track real time data," Mr Peatman said. "We can see steer performance in 12 months."

Gilmandyke Angus will hold a sale open day on July 29, with the sale on August 26. It will offer 90 bulls at the on-property sale, which will also be interfaced with AuctionsPlus.

Almost 400 commercial females will be offered for sale on the day. These females are in calf, due to calve one month after the sale, with a large number of the cows joined to Dunoon Prime Minister.