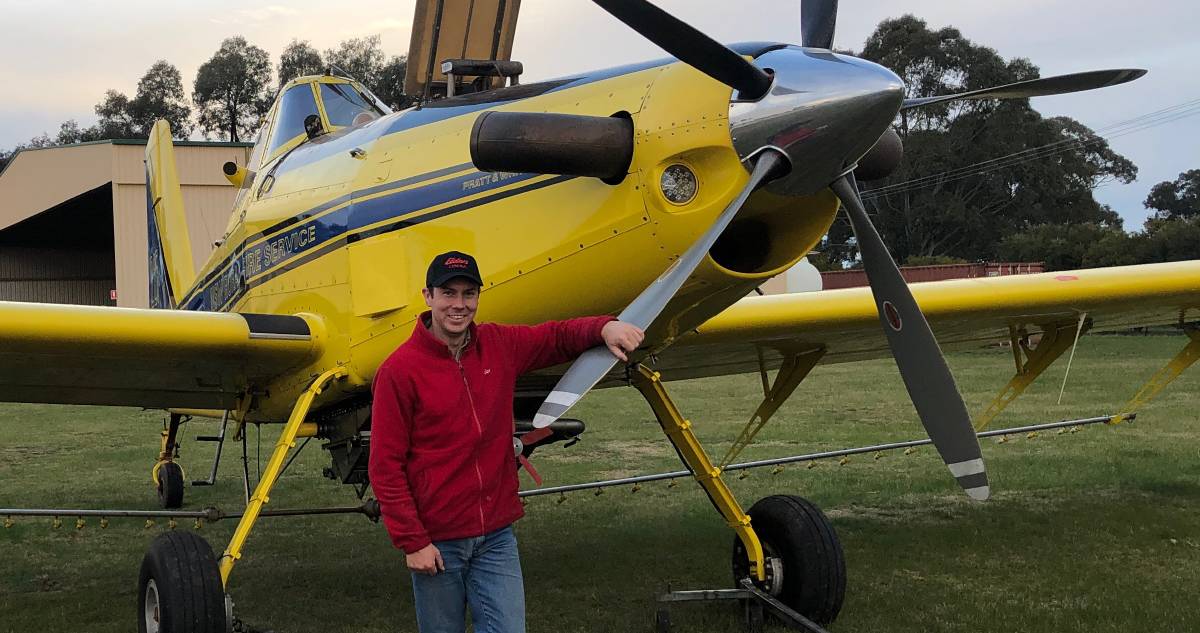 The ground's wet and boggy, crops are isolated from on-ground control, so croppers are seeking help from aerial spray services throughout the state for crop nutrition and disease protection.

RAIN virtually every Thursday and Friday for the past month or so and some good falls before and between have made paddocks near impossible to work on this winter.

And this phenomenon has spread especially throughout the central and northern regions resulting in croppers calling in aerial assistance as spray rig and fertiliser spreaders risk bogging in most paddocks.

In the Cowra region Elders agronomist Mitch Dwyer believes that while the season parallels somewhat to last year during the winter crop growing season, the continual precipitation, although always welcome, is limiting farmers ability to get on to paddocks.

Elders Cowra has for a number of years worked closely with Cowra-based Fred Fahey Aerial Service whose four pilots with another two reserves are already flat out spraying post-emergence herbicides and some disease fungicides, plus aerial urea spreading, particularly on canola.

"This seems to be a state-wide problem this year," Mr Dwyer said.

"Weather conditions are against growers as they try to get onto paddocks.

"While there's not much disease as yet, we are gearing up for a possible big year as it warms up do to a lot of carryover stubble which acts as a host for many fungal diseases."

He said it was only time before in-crop diseases started to threaten potential crop yields.

"It is now a fantastic time to talk to your local agronomist to start planning for fungicide options with a few new options coming onto the market in 2021," he said

Like other regions a lot more canola has been sown this year as growers chase the better dollar returns.

"Most growers switched to canola this year in their opportunity paddocks as well, with the prospect of high prices at the silo it has made it an easy switch."

Dual purpose paddocks have been very slow to advance and had caused graziers to feed out through the early part of June.

"Some stock are now literally getting back onto grazing crops that had been sown on early rain, because that dry April really pushed things.

"Anyone who sowed before that would be getting good grazing off it, but later sown crops would only now be ready for stock."

Four sprayers and two super spreaders have been working over paddocks in the Cowra area since June.

They belong to Fred Fahey Aerial Services based at Cowra airport since 1978 and have become an integral link in crop production within the region and outside.

Fred's son, Rory, took over as chief pilot a year ago and has four fulltime pilots and may get up to six this season to do all the aerial work that is building up by the day.

"We were in the air until dark Tuesday night to get as much done as we could before Wednesday's rain," Rory Fahey said.

"There are two weeks of spraying urea on canola in front of us and we have also been spraying canola with herbicide and fungicide.

"Then there still are the cereal susceptibles around which we will have to knock out a fair bit of too."

Mr Fahey said he thought the big jobs would be spreading Aviator and Prosaro fungicides on canola this year.

"Normally June and July are quiet months and I organise holidays, but that's out the window this year," he said.

"Things will get even busier in August when farmers want to add extra urea onto their canola crops. And of course more fungicide."

Talking about the aerial business Mr Fahey said that with the good season last year giving good returns, farmers were a little more cashed up and prepared to invest in aerial support to ensure a good harvest yield this season.

It's turning into a very wet winter in the Macquarie Valley, according to Narromine-based agronomist, Campbell Muldoon.

"Most of the crops are in with very little area missed," he said.

"Any paddock that hasn't been sown as yet probably won't be now."

Canola will be the big cash crop this winter cropping season as prices look promising.

"Growers are madly trying to get fertiliser on to their canola and aeroplanes have had to come into the equation as the ground is too wet for rigs," he said.

"Aerial spraying and urea spreading is all the go, but the region is in good shape, crop-wise."

"So there's been a mad race to get more nitrogen onto crops, but nitrogen prices are going up and up," he said.

So far disease is limited to a bit of yellow leaf spot on back-to-back wheat which has transferred off last year's straw.

"But there's no doubt we are going to get plenty of diseases as time progresses."