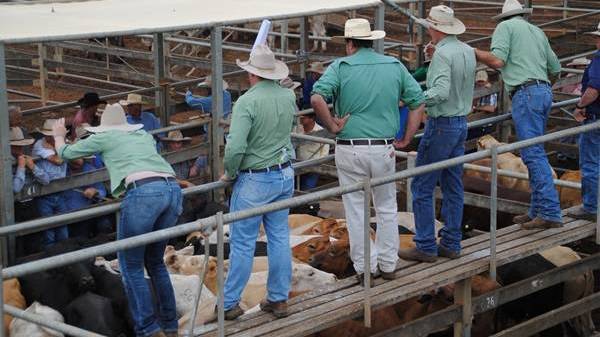 The Eastern Young Cattle Indicator has broken through the 1000 cent mark overnight.

The Eastern Young Cattle Indicator has broken through the $10 mark overnight and is now sitting at a record 1003.44 cents a kilogram.

The EYCI launched more than 13 on Tuesday, heavily backed by the Roma saleyard, which had both a record EYCI eligible yarding of 5,570 head, along with a record average price of 1,018.75/kg cwt.

Elders NT and Queensland Livestock Manager Paul Holm said the indicator had been driven this week by a tightening of supply.

"It is a remarkable figure but it is a reflection of restocker demand rather than what the EYCI was designed for," he said.

"There has just been a tightening of supply in the first few weeks of July - a bit of rain around and people didn't get into their selling patterns.

"Buyers have gone out and sought livestock and had to pay more for them.

"There was a store sale at Pakenham yesterday where it wasn't until they got into the third lane before cattle were below 2400/head."

Roma maintained 40 per cent of the total EYCI yarding, contributing to the rise.

A higher percentage of lighter yearling steers and restocker activity is supporting the lift and fetching higher premiums.

Demand is still strong, highlighting a keen interest in young cattle as the seasonal outlook is positive and weight gains can be realised.

This week's result is a far cry from the height of the drought when producers rushed to offload stock, forcing the EYCI to plunge.

In March 2019, Farmonline was reporting that the benchmark indicator had fallen to 391.5c/kg

Back then, Wangaratta-based meat trader, broker and consultant Simon Quilty predicted a time when the EYCI could soar above 720c/kg.

"I think it will go well and truly above 720c. It could take two years to get there once the drought breaks," he said at the time.