The Yathong-Ivanhoe Neckarboo Aquifer Alliance had been fighting to save the Far West from gas. 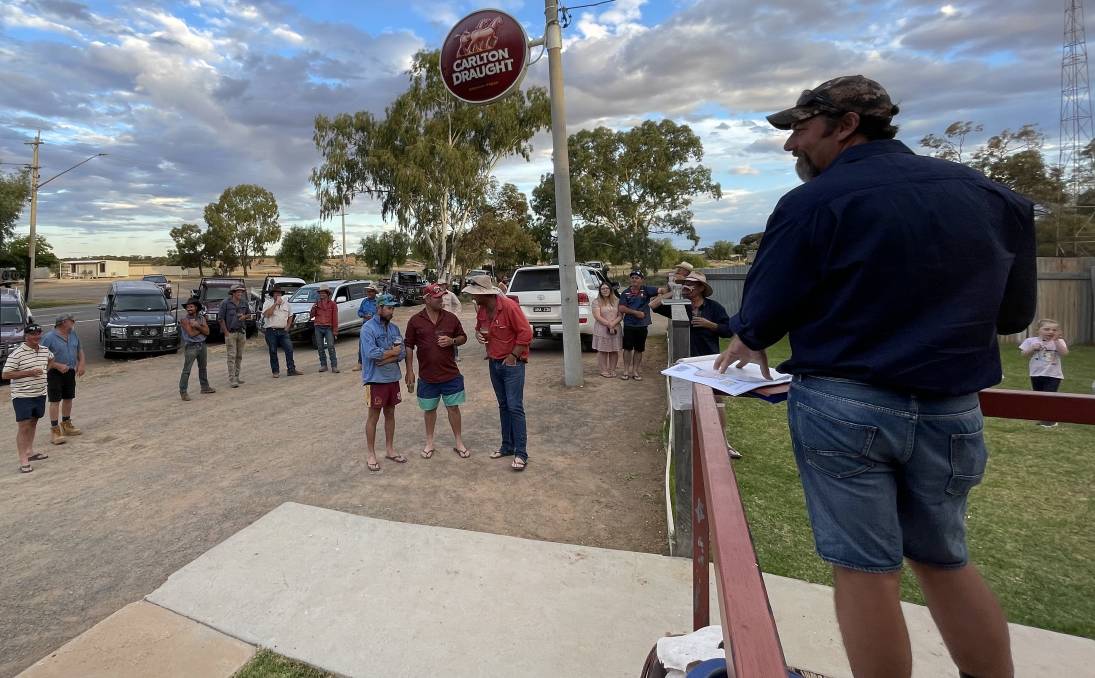 COMMUNITES across the state's Far West were arguably among the biggest winners when the state government released its Future of Gas Plan last week.

However, none were more relieved and elated than the Yathong-Ivanhoe Neckarboo Aquifer Alliance (YINAA), which had been fighting for the past seven months to prevent gas exploration in the region.

After strong showings of community support, including when hundreds gathered at the Ivanhoe Town Hall in March, the group of locals had successfully ensured the exploration, which was originally proposed by the NSW Department of Primary Industries and Environment (DPIE), had been quashed.

The DPIE's proposal had suggested areas across the Far West from Broken Hill to Hillston could be suitable for gas exploration, specifically the Bancannia, Pondie Range, Neckarboo and Yathong-Ivanhoe troughs.

However, when Deputy Premier John Barilaro released the Future of Gas Plan last week the area had been among those spared, ensuring the aquifer area, which was similar in size to the state of Tasmania, would not be disturbed.

YINAA chairman and Ivanhoe local Jared Burke said the decision had lifted a massive weight off the entire community.

"The government has seen the strength of the community, understood the dependency we have on each other and acknowledged that the long-term benefits from sustainable farming practices and rural enterprises outweigh any short-term cash grabs for gas," Mr Burke said.

"While we have had a big win this week, not everyone has been so fortunate.

"We fully support the rural communities still impacted by gas and hope that our win will at least provide motivation for these communities to keep fighting and stay hopeful, as wins are possible."

"We held a lot of meetings via Zoom and it was really difficult to secure meetings with people, but we were really happy when we arranged a meeting with the DPIE," Ms Groat said.

"They came to Ivanhoe in March which was fantastic because it allowed people who had no other way of making a submission about the proposal to have their say.

"We had more than 200 people turn up, which when you consider how far apart and isolated everyone is out here, is no small feat."

Barwon MP Roy Butler said the meeting showed how well the Far West can unite and fight against potential threats to groundwater resources.

"I really think that meeting threw a spanner in the works of those proposed gas plans," Mr Butler said.

"It was amazing to see so many people come together and show a united front.

"To know the Far West is now protected under the Future of Gas statement is a real win for the region, but there were others in my electorate who weren't so lucky, so I will continue to fight for them."

"To be honest, we were fully expecting the process of fighting off this proposal to be a long, drawn-out process, so for it to be all said and done in seven months is pretty remarkable," she said.

"However, we know there were many communities that weren't so lucky, so many of which were right there to help us through our own struggle, so our hearts go out to them."