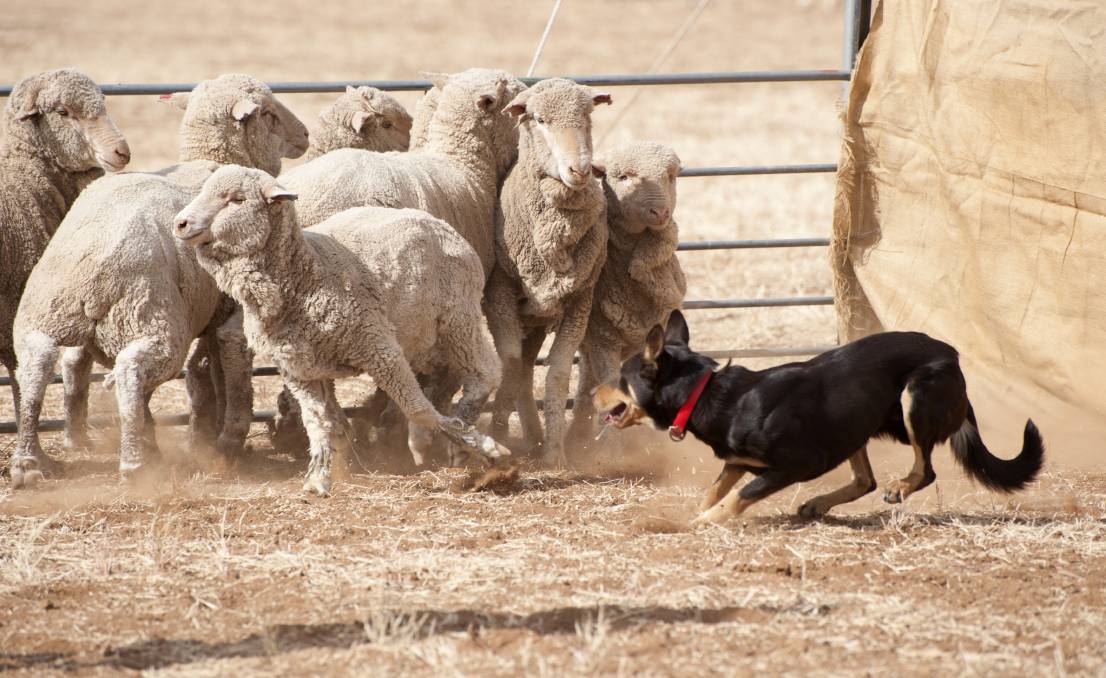 Canine semen testing and freezing is by no means a new practice, but it is a growing field.

Much like testing and freezing bull semen, graziers are looking to preserve quality genetics from man's best friend more and more.

Recently expanding the business to become a multi-species operation, Beef Breeding Services has moved into the canine reproduction space under the Pupsicles banner.

"From when we've started, we've noticed not so much testing but certainly people wanting to freeze semen and testing would be part of that," Mr Kingston said.

"There's as many working dogs being collected as there are people's pets."

They've serviced 'in the hundreds', as graziers with good working dogs look to keep semen for future use.

"Certainly while we're out semen testing and semen collecting on bulls and stuff, people will say 'can you do dogs as well'," Mr Kingston said.

"A lot of people don't know about it, so when we talk to people about it they're quite surprised as to what we can do, how long we can preserve stuff for and that the genetics are going to always be there.

"If the semen is good being frozen and it all freezes well, it can stay good indefinitely." 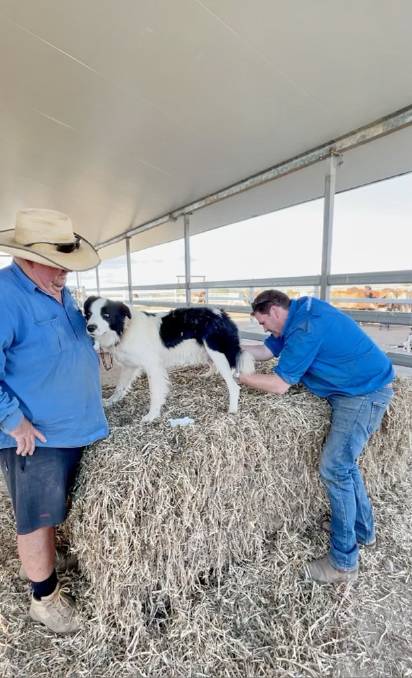 For graziers who are familiar with the bull reproduction process, having their four-legged offsider collected will be no different.

"It's very similar; obviously the volume you're freezing would be a lot less with a dog being a much smaller animal, you're talking 1-2mm of semen, so it's a bit harder to freeze in terms of you don't have a large amount to work with," Mr Kingston said.

"You do end up with an average of maybe 10 straws from a good collection, whereas a bull would be well into the hundreds.

"But if there's no major hiccups with morphology, they tend to freeze really well."

One of the keys to successful canine semen freezing though, is collecting the semen sooner rather than later, says Dr Jasmin Hyatt, Veterinary Reproduction Consultancy, Orange, NSW.

"The biggest thing I find with working dogs and pig dogs, because they don't show their potential until later and most of the time they're going to rely on natural matings early on, they don't come to me until something doesn't work when something is broken, so it's getting into that mentality," she said.

"They've figured out that that is the most economical and efficient way of maintaining the best genetics and yes it might mean you collect and freeze two extra dogs per five, but in the end if you're getting $30,000 for one puppy, it's well worth it." 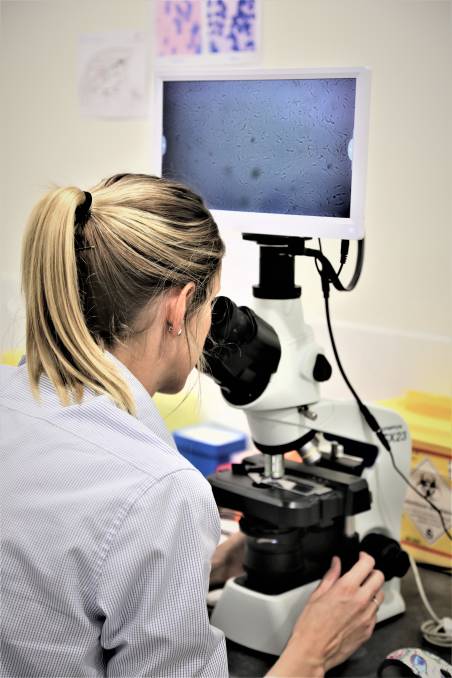 One of the keys to successful canine semen freezing is collecting the semen sooner rather than later, says Dr Jasmin Hyatt, Veterinary Reproduction Consultancy, Orange, NSW.

With record prices, in the tens of thousands, being paid for working dogs in recent years, Dr Hyatt believes canine semen freezing will follow the trend of bull semen freezing in becoming more prevalent.

"If they're going to put the effort in to train the dog to get the two-year-old or three-year-old that they're going to sell at that price, then they want to give it the best genetics so they are going to look into importing semen from overseas," she said.

"As soon as people start doing that, they realise they can do that the other way round with their own dogs, or they have an excellent dog that they want to use but they don't want to use them for six years or something and again it's just better to collect them and freeze them when they're that age.

"It's the same with pedigree dogs at the moment in terms of the value of them, even though the value is placed differently.

She also puts the increase down to education.

"I was seeing a lot of farmers coming to me with their eight to 12-year-old males and wanting to freeze them or at least to use them over their girls and the semen quality, having been greatly affected by age and therefore not being good enough to freeze and often not good enough to use," Dr Hyatt said.

"I think from that came the education of the clients that it's better if they can visit us when they're two-years-old, give us a good quality semen sample, and then when the dog is eight and is proven, and therefore is wanted as a sire, we can go down the route of using their good quality semen that we froze when they were two."

It also opens the opportunity for export.

"It's done elsewhere around the world and if you freeze semen, you can send it anywhere so a lot of our working dog sperm gets sent to New Zealand and that seems to be the big route at the moment," Dr Hyatt said.

"If they freeze it they can send it to America as well, and it's just continuing those lines and having that valuable genetics frozen so that they can know that it's of good quality."