RECORDING the strongest average in its 18 year on-property bull sale history, the Minnie-Vale Charolais stud at Narrabri proved a popular choice for both stud and commercial breeders looking to buy high-performance sires with impeccable temperaments.

First-time buyers Charlie and Vicki Pike couldn't go past Minnie-Vale Ace of Spades for their crossbred program at Quirindi, bidding up to the equal top price of $20,000 for the genuine sire prospect.

The heaviest bull in the draft weighing in at 925 kilograms, he recorded a massive eye muscle area (EMA) of 151 square centimetres with rump and rib fat measurements of 11 millimetres and 8mm, a scrotal circumference of 45cm and intramuscular fat (IMF) of 5.2 per cent.

Sired by Elder's Blackjack 788B and out of Allednaw Carol H3E, the high-performance sire ranked top five per cent of the breed for the EMA estimated breeding value (EBV) and top 10pc for 200- and 600-day weights and carcase weight.

A top-end commercial bull with great length of body, thickness and good foot and leg structure, the Pikes will use their purchase over Angus and black baldy cows to produce supermarket grade trade cattle. 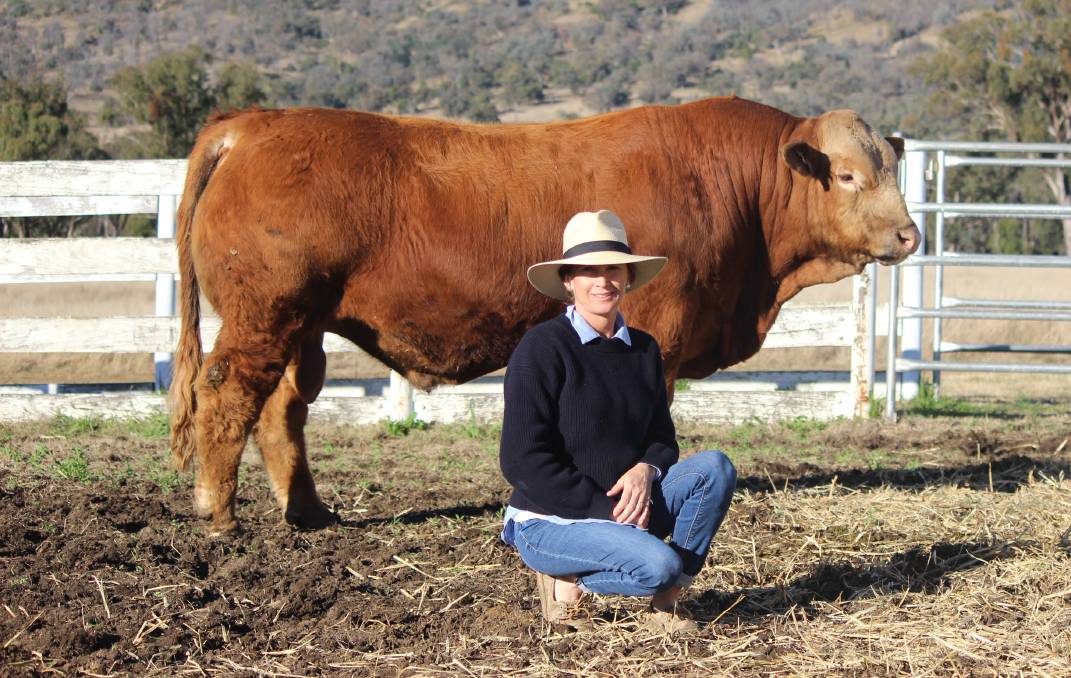 Operating on behalf of Rosedale Charolais that purchased Minnie-Vale Quizmaster for $20,000 was Bec Hourigan.

Stud interest in the offering was evident with three bulls sold for walking stud sire duties, including the $20,000 equal top-priced sire in Minnie-Vale Quizmaster purchased by Rosedale Charolais, Blayney,

Described as a beautiful, soft Charolais bull with great sire appeal, Minnie-Vale Quad was knocked down for $15,000 to Temana Charolais and Futurity Charolais at Baradine.

Long-time clients Kevin and Kim Keech of Narran Lake, Walgett were operating via AuctionsPlus and put together a draft of seven bulls for a $11,000 average.

With confidence in the Minnie-Vale breeding program, the Keech's who run a crossbred herd of breeders previously bought five bulls last year.

Tamworth based repeat buyer Bill Wilson, advised by John Rodd of Ian Morgan Livestock, bought five bulls for $11,200 average to use over his Angus female herd.

Auctioneer Luke Scicluna from selling agents Davidson Cameron and Co commented the Minnie-Vale draft was one of the most even lines of bulls he had seen in a long time, from a European bull point of view.

"They show very good industry focused traits of weight for age and muscle content while not lacking finishing ability which is so important," Mr Scicluna said.

Stud principal Jason Salier said the Minnie-Vale breeding program has been focused on producing cattle that combine great fats with high EMA, which is extremely important to their clients that are operating vealer production systems.

"It is hard to breed cattle with a combination of these traits; style, high EMA, terrific rump and rib fat scores, and high IMF," he said. "It is a point of difference for us, and it has always been our focus so it is well established in the herd from the cow base."

The Saliers sincerely thank all the buyers and underbidders that supported the sale.