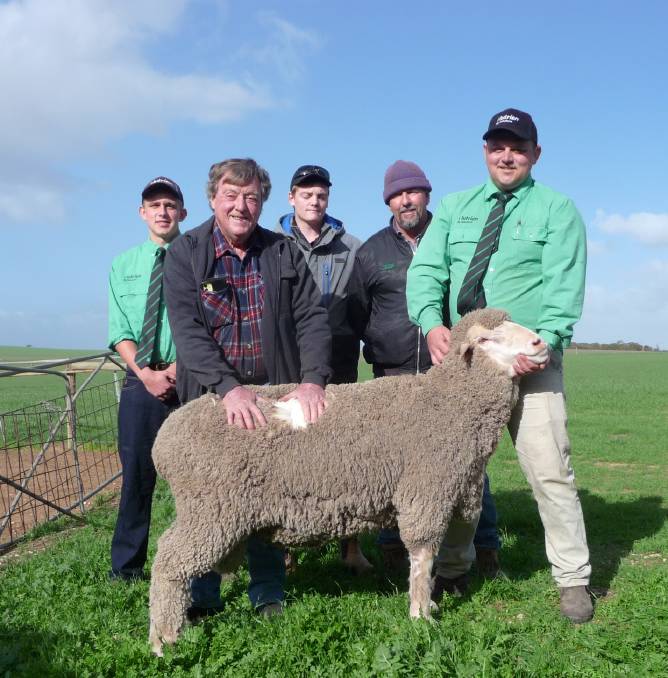 The home-bred saletopper, at lot 23, was one of the heaviest in the catalogue at 118 kilograms, and had a fleece measuring 18.7 micron, 2.8 standard deviation, 14.7 coefficient of variation and 100 per cent comfort factor.

"We had a lot more buyers attend this year, possibly attracted by our improved figures on Sheep Genetics, which we are starting to see pay off," he said.

"Plus our rams are non-mulesed as well."

Mr Hamence was also happy to see a handful of new faces among the crowd, including Joyce Ventures with seven rams averaging $1029; and Claughton Family Trust, Yallunda Flat, with five averaging $1200.

"People are increasing their flocks so they're needing extra rams," he said.

"We also had a very good presence of return buyers from Far West NSW station country, which helped keep a good floor in the sale."

Nutrien conducted the sale, with Gordon Wood as auctioneer.