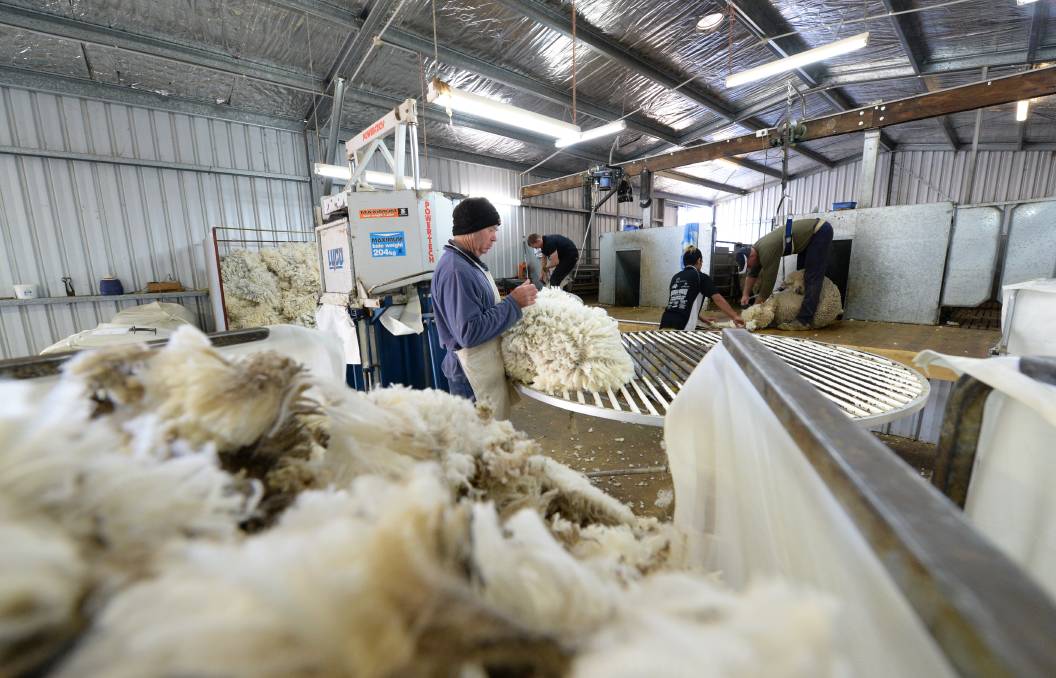 TOP CLIP: The national wool market is being driven by quality.

A question mark hovers over how much wool the Chinese can absorb.

More wool has been hitting the Australian market compared to what the industry would typically supply at this time of the year.

And for good reason.

Average prices for the fibre are trading 300 cents a kilogram above levels at the same time last year.

Producers who held on to wool when the market bottomed-out in September 2020 are now allowing it to filter through to the auction rooms.

And there is no doubt production has bounced back strongly after years of debilitating drought.

According to the Australian Wool Production Forecasting Committee, Australian shorn wool production for the 2021-22 season is estimated to be 305 million kilograms greasy.

This would come from an estimated 67.9 million head of sheep shorn.

But, according to NSW south-east wool broker for Nutrien Ag Solutions, David Hart, it is hard to say exactly what is pushing production higher.

"Even though we can measure receivables - and these are about 20 to 30 per cent higher, depending on the region - how much of that is old wool that has been held in sheds or how much of it is simply heavier wool cuts and a few more sheep is difficult to quantify," he said.

"Despite this, the market has held up remarkably well - especially considering the challenges exporters are facing and the increased quantities of wool with high vegetable matter (VM)."

Mr Hart said the market was being driven by quality and there was a shortage of "freer wools".

He said VM levels were typical - following the usual seasonal pattern of increased amounts in the second half of the season.

"The VM levels are above average simply because of the better season we've experienced," he said.

"And demand for low-VM wools is very high because buyers know there are not a lot of them around.

"And, even though there is more than they would prefer to have, the higher VM wool is moving.

"It is one of those things we will get through.

"The season is the season."

Mr Hart said producers would have some decisions to make, especially if they were sitting on "burry" wools, as there would be more "freer type" wools coming onto the market in spring.

"The discounts for those burier wools might climb," he said.

"These are already at fair discounts.

"But when the freer wools start to hit the market, preference will be shown to those wools by the Chinese.

"If things continue to improve and high COVID-19 vaccination rates continue, by the end of the year Europe will come on board and help absorb some of those freer wools."

According to Mr Hart, those increased volumes will persist, and even though the effect of wool held on farm will diminish, the flock rebuild effect will start to filter through.

"A lot of people will now have had at least one good lambing, and those lambs would be getting to an age where they are cutting full fleeces, not just a lamb's fleece," he said.

"People are retaining breeding stock, maybe for a year longer than they usually would, despite the high mutton prices that are pretty tempting.

"I think we will see an improvement in volumes again."

Yet, Mr Hart said it remained to be seen how much the Chinese could absorb if Australia remained solely reliant on the Chinese.

He said the market could absorb up to about 50,000 bales.

But anything above that may have trouble, and psychologically it would affect the market as well.