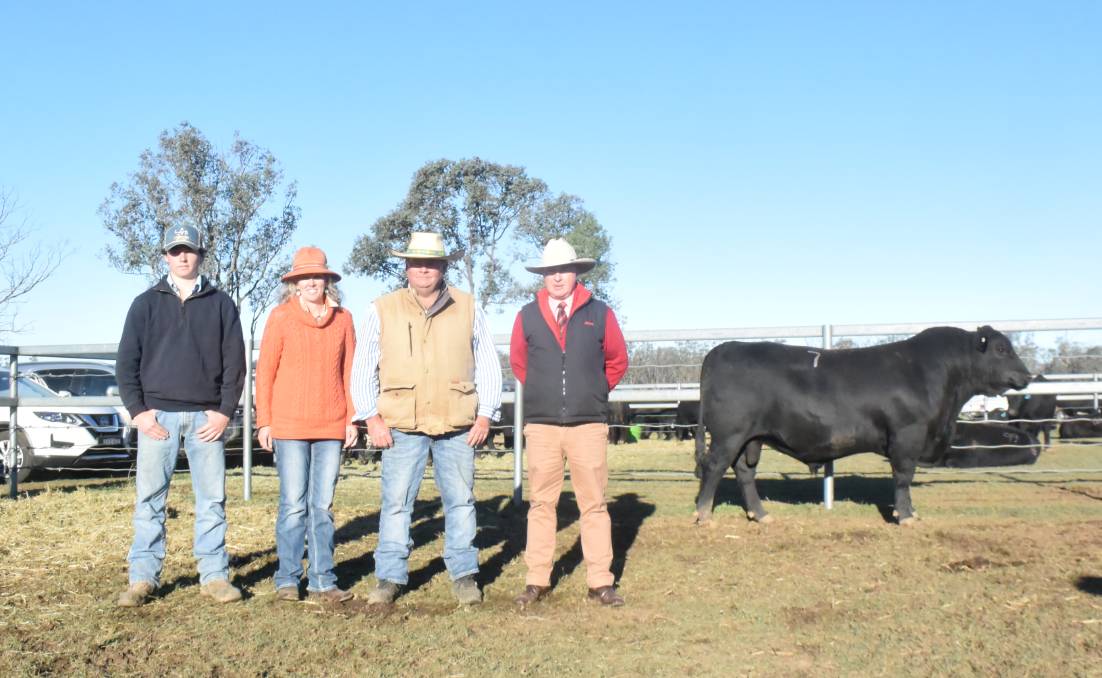 A $3.033 million gross and an average nearly double that of last year has underpinned Clunie Range Angus as their most successful annual sale in 21 years.

"The genetics are different to what we use and that was a factor. We have bought bulls here before and were impressed with the calves. And the Guest family are great people to deal with."

Volume buyers included a swag of repeat clients from central Queensland including the Mulcahy family's Drummondslope Cattle Company, Alpha, which bought sires three years ago for the first time and returned on Friday to go home with eight bulls, paying to $23,000 for Clunie Range Quarterbackings Q928 by Clunie Range Nutcracker N381 with good skin and of a type to suite that country.

CPC chief executive officer Troy Setter said some of the bulls would go to the company's station at Biloela and others to Bunda Station on the Western Australian border of the Northern Territory - illustrating the geographical range of work suited to Guest family Angus.

"They work well in our tougher, drier environment and will be bred over Brahman cows to producer first cross Brangus bulls that will go into our own CPC composite program.

"We like the rigorous selection for fertility and performance."

Repeat buyer TVF Pastoral, with properties in the Aramac, Clermont, Blackall, Tambo, Theodore and Moura districts of Queensland came home with seven bulls, totalling $113,000 and paid to a top of $19,000 for Clunie Range Qlever Boy Q11 used by the stud as a yearling due to his length, depth and balance.

"Clunie Range bulls keep up to our conditions," he said. "As these are going over heifers so we look for low birth weight, calving ease and milk as demonstrated by their estimated breeding values."

Sister stations Kioma, at Toobeah - through JH Fairfax and Son - and Strathbogie at Emmaville, operating under GDL Goondiwindi, bought seven bulls between them including Clunie Range Quadrettini, Q739 by Rennylea Edmund for $20,000. The wide, stout bull came with impressive scanned figures including 7.6pc intra muscular fat.

Woodlands livestock manager Curtis Cherry said his pick of the draft ticked all the boxes for production on timbered country that required bulls with constitution. 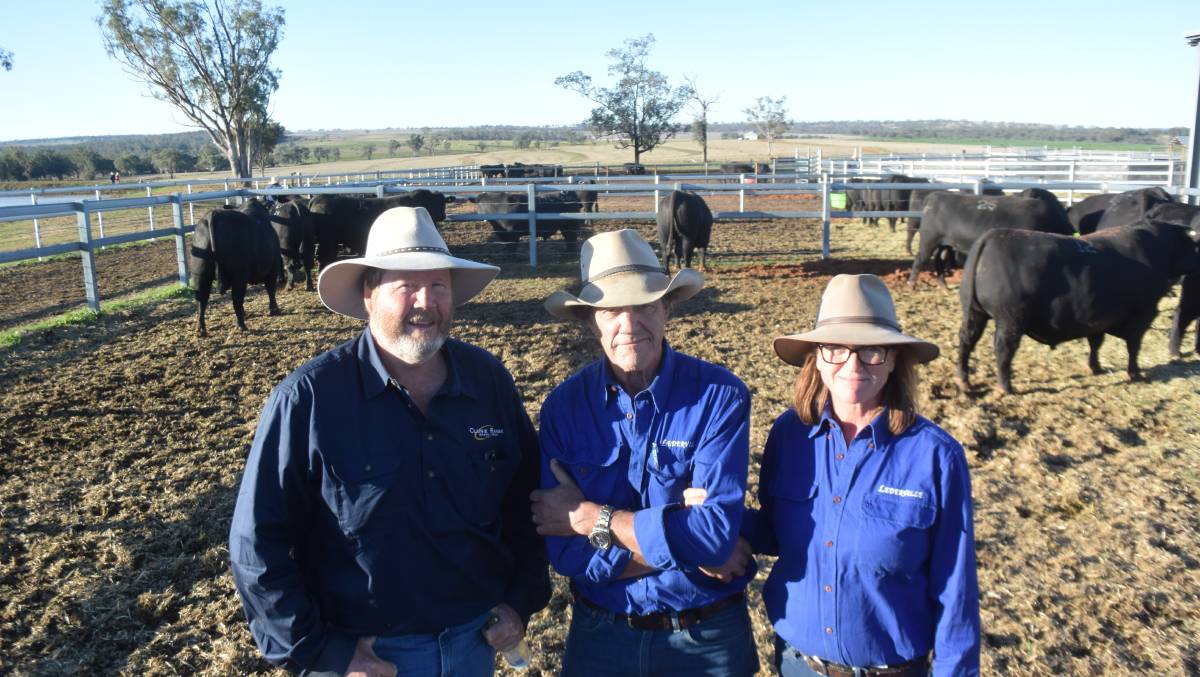 New clients Ed and Zo Lederhose, Lederville on the Rocky River via Tenterfield purchased eight bulls for a total of $140,000 - to a top of $22,000 for Clunie Range Quay Glasses Q829 by Clunie Range Nullarbor. The new sires will go over grey Brahman heifers bought out of Queensland's gulf country to produce first cross Brangus progeny.

Their agent Cody Scott, Topex at Gondiwindi, said Clunie Range bulls had been running across the company's wide range of geographical spread, from the Macleay Valley to Dorrigo, Ebor and Curlewis, helping to service 800 to 1000 black Angus breeders.

Clunie Range stud principal Brett Guest said at the start of the sale that this year's draft was among the most consistent, and he was proven correct with the majority of bulls selling close to that average price of just under $20,000.

"We have always had a strong repeat business but this year has seen 36pc of buyers new to Clunie Range," he said. Almost all of those new clients were referred to us by existing clients. Our highest priced bull was a homebred sire as were many of the top priced bulls."

"The money is nice but our main satisfaction came from the feedback we received about the depth, and length and power in the bulls with exceptional softness, and we are one of the few studs that still run one bull at a time through the selling ring to demonstrate the temperament which is a huge factor for so many producers now," he said. "We try to let our bulls do the talking and we feel so lucky that we have an awesome group of clients that buy our bulls and they are genuine commercial cattle people that run impressive operations.

"We are commercial producers ourselves and our infatuation with retained ownership and analysing performance gives us a great advantage over many studs that are divorced from the commercial industry. We have a huge focus on fertility, making our cows perform under pressure, and maintaining a balanced breeding program. We feel this is a philosophy that many people buy into."

The sale was settled by Elders Goondiwindi and JA McGregor, Warialda, with auctioneers Michael Smith and Andrew Meara. Elite Livestock handled the online bids, with 31pc sold, or 19.7pc to total $591,000,with almost 78pc of the lots attracting internet action.

Read the report in The Land newspaper - and online.