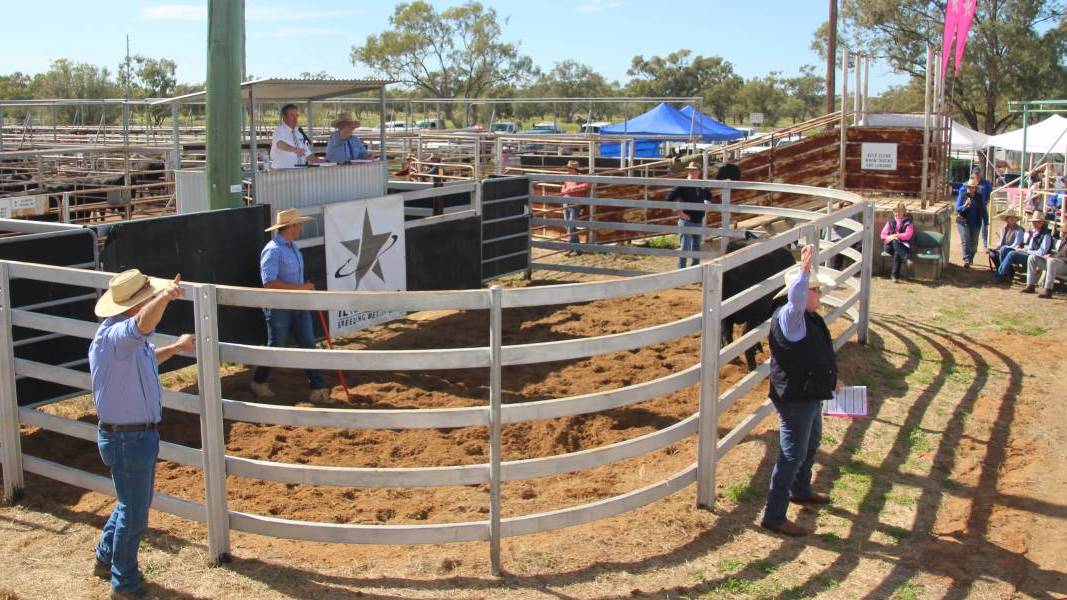 A complete clearance and top price of $52,000 was a feature of the annual Te Mania Angus northern spring bull sale held at Walgett when 107 bulls were offered by Te Mania Angus Pty Ltd, Mortlake, Victoria.

The average price was up a whopping 70pc on last years' $10,604 sale result while todays top price was more than double the $24,000 recorded last year.

Te Mania Kirby is the highest marbling Angus sire in the country and Te Mania Qrusade had inherited his sire's traits with +6.8 IMF percentage which put him into the top one percent for the breed.

Along with eye muscle area (EMA) +3, the bull was also noted for his calving ease, heavy grass and heavy grain indices with +2 Birthweight, +22 Milk and Heavy Grain Index $206.

Second top price at $30,000 was Te Mania Qomprehend Q1063, a rising two-year old son of Te Mania Magnate and is the first calf out of a two year old heifer.

The catalogue quoted him as presenting with good frame and body length and is well suited for use over heifers himself.

The auction was settled by Clemson Hiscox and Co, Walgett, interfaced with AuctionsPlus and guest auctioneer was Paul Dooley, Tamworth.