Aloeburn Poll Merinos' Jodie Green gets the opportunity to wear her own wool. 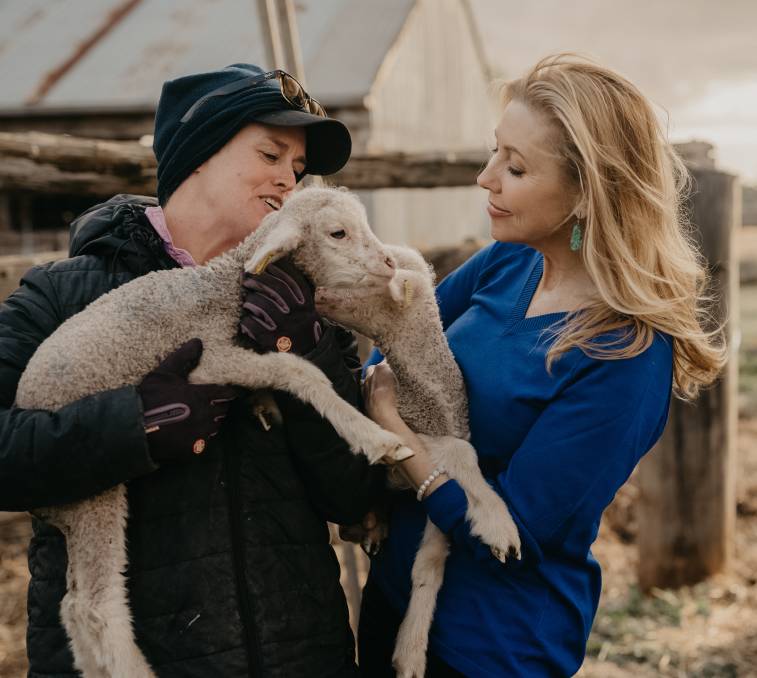 It is a wonderful moment to pull on a jumper, and know the wool used to create that jumper is from the same animals grazing in the paddock outside the window.

This is what Jodie Green gets to feel when she pulls on a Blue Illusion jumper, which sources its wool from responsible sources, including from the family's Aloeburn Poll Merino stud, Boree Creek.

Andrew and Jodie Green and their son Tom run their Poll Merino stud, as well as an extensive commercial flock, which will reach 7000 commercial ewes next year.

They have two lambings - one in spring and one in autumn - and shear every six months.

The Greens are very passionate about monitoring the maternal traits of their ewes, as well as ensuring the birth data of their lambs is as accurate as possible.

But one of the most important things they have focused on in their stud is breeding Poll Merino sheep that don't need to be mulesed.

And it is this fact that began their wool's journey from the shearing shed to the shop shelf.

Aloeburn has focused on producing a smooth-skinned sheep.

Because of this, as well as not requiring mulesing, there is also less need for chemical usage in their flock.

"You can produce a Merino in Australia that does not need mulesing by natural selection," Mrs Green said.

"It is about producing animals that are suited to their environment, not ones that need to be modified.

Aloeburn sells its 300 bales of wool each year through Fox and Lillie Rural, which has developed its Genesys program for Responsible Wool Standards (RWS) accredited growers.

Mrs Green said more and more consumers were wanting to know that their wool products came from animals that were treated humanely.

"The world is becoming more interested in provenance," she said.

"People want to know that animals are treated well, and how ever short or long their life was, it was a good life.

"People want to know that there are optimum animal welfare standards upheld, and they don't want animals subjected to procedures that cause stress or pain." 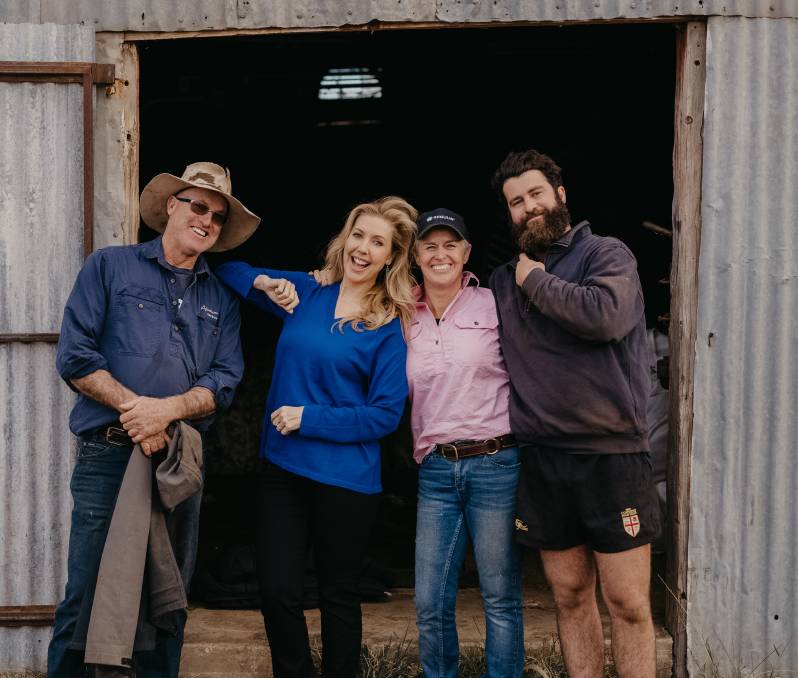 BACK TO THE SOURCE: Aloeburn Poll Merino stud's Andrew, Jodie and Tom Green with Catriona Rowntree, who is wearing one of the wool Blue Illusion jumpers made from Aloeburn's wool. Photos courtesy of Blue Illusion.

She said the five freedoms of animal welfare were very important, which are that animals are free from hunger and thirst: discomfort; pain, injury or disease; free to express normal behaviour and free from fear or distress.

Mrs Green said it was important that the industry listened to its consumers.

"Fox and Lillie Rural is one of the industry leaders in establishing marketing for non-mulesed wool," she said.

"It appreciates the effort and cost we go to produce wool humanely, and it is committed to the non-mulesed production of Merino wool in Australia. They support growers who don't mules.

"We are really happy to market our wool through Fox and Lillie.

"Consumers have developed an appreciation for how animals are raised. There is a growing movement of people who want more sustainability too, and want to be kinder to the earth. It's a really good thing.

"Lots of clothing manufacturers are listening to customers, and are seeking wool from animals which are treated a certain way."

The world is becoming more interested in provenance. People want to know that animals are treated well, and how ever short or long their life was, it was a good life. People want to know that there are optimum animal welfare standards upheld, and they don't want animals subjected to procedures that cause stress or pain. - Jodie Green, Aloeburn Poll Merino stud, Boree Creek

And Blue Illusion, which has stores around Australia, is one of those manufacturers.

"Blue Illusion is an Australian company that is seeking to buy RWS wool, so they can promote to their customer that the wool comes from a place where animals are treated well," she said.

Aloeburn has also supplied its wool to American fashion brand Eileen Fisher since 2018, but its exciting new relationship with Blue Illusion started this year.

Mrs Green said Australian Wool Innovation ambassador Catriona Rowntree visited their farm earlier this year and spent the day learning about how their wool was produced.

"She is a really great advocate for Australian wool, as well as being a wool grower herself," she said.

Aloeburn's wool, which is a maximum of 22-micron, has been used in two of Blue Illusion's jumpers - a Merino wool V-neck jumper and Merino wool knit jumper.

"Twenty two-micron might seem strong, but it's not," Mrs Green said.

"It produces beautiful, next-to-skin garments. The 20 to 22-micron is the most traded micron in the world."

And Mrs Green is pretty chuffed with the jumpers themselves.

"They are just beautiful Australian clothes," she said.

"They feel so soft and comfortable."

Despite the hard work the Green family puts into producing their dual-purpose Poll Merinos, they wouldn't have it any other way.

"You can't have zero maintenance animals. It takes work," she said.

"But our sheep are not just about wool - they have got meat and wool, and lots of it."

The focus of the Aloeburn stud is producing stud rams that will replicate the same results in commercial operations, including their own.

"It is about selecting the right genetics to make sure the sheep in our flock are vigorous and highly productive for our customers," she said.

Mrs Green said focusing on the welfare of their sheep made each day much more fulfilling.

"We want to produce vigorous, robust, healthy animals which are highly productive," she said.

"It's just a nicer way to deal with animals. They are really happy, well, strong animals, and they are a pleasure to work with."