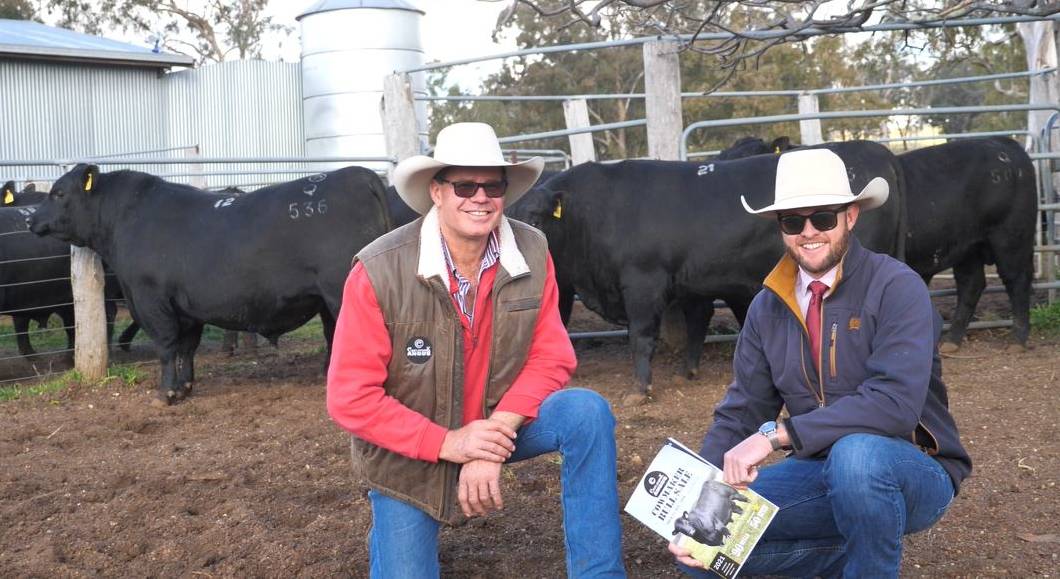 A consistent draft of Angus bulls with a focus on outcross genetics created strong interest at Eaglehawk bull sale.

Eaglehawk Angus stud at Kingsland via Glen Innes recorded a record result at its annual sale on Thursday, with a top of $30,000 twice and an average of $17,725 for a very consistent draft of 80, two-year old bulls, all sold.

Repeat clients purchased 69 of those sires, or 86 per cent, with five of those buyers taking home five or more bulls, one of which was the western Darling Downs pastoral company Fuching-Woodlands at Westmar, Qld, which came away with five bulls totaling $112,000 including top money sire Eaglehawk Ozi Kozi Q536 by Koupal Kozi 418 from Eaglehawk Moongarra F021, one of the stud's best cows. This helps explain the Vivers family's desire to retain half the semen rights.

"We were going to keep him," explained stud principal Ian Vivers in the selling catalogue. "Instead, this is a rare opportunity to gain access to exclusive Kozi genetics."

Ozi Kozi presented with estimated breeding value figures in the top five per cent across the board for growth.

Fuching-Woodlands manager Dion Porter and his livestock manager Curtis Cherry, buying through Ray White at Dalby, have been active in recent northern NSW Angus bull sales, choosing sires with the constitution and ability to work their country. 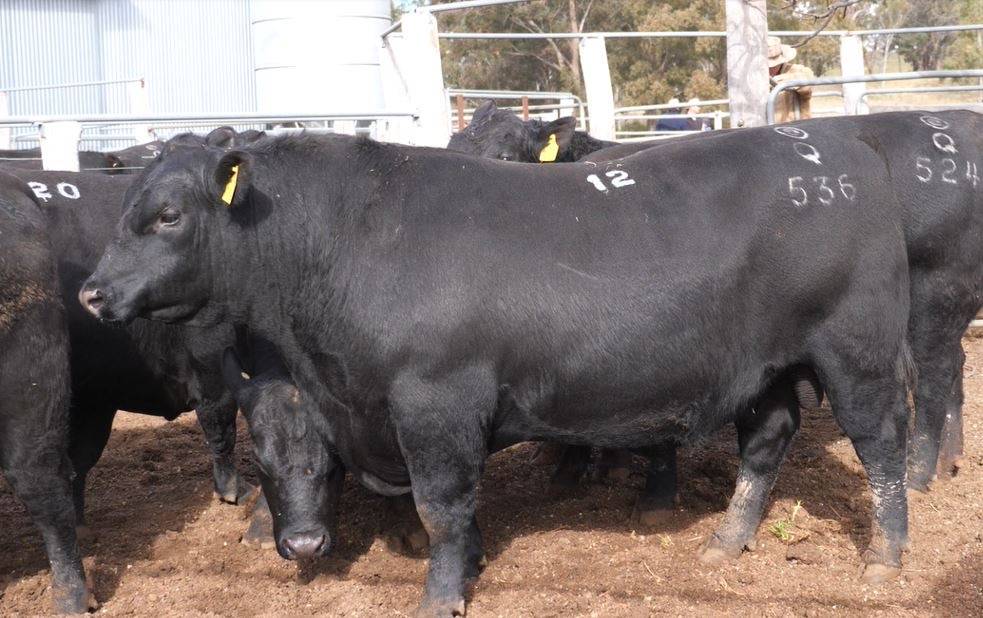 "We bought 20 bulls at Eaglehawk four years ago and we've been really happy with our purchase," said Mr Porter.

"They are just the type. They fit our country they cross well with our cows and produce early feeder weaners - 360kg at seven to eight months. We do have some good country but we also have brigalow and belah open forest, melon-hole country and timbered stands.

"The outcross genetics appeal to us which means we get diversity through out cows. The bulls have longevity. Those first bulls are still turning up for work."

John and Bec Atkinson paid equal top money of $30,000 for the stud-bred Eaglehawk Rimrock Q241 and $28,000 for the heifer bull Eaglehawk Apache Q158 by Musgrave Apache from an Eaglehawk Moongarra.

The bulls were inspected at the Eaglehawk open day as suitable for creating the Atkinson family's "Crown A" composite Angus/Droughtmaster bulls. These also provide for providing moderate, sleek-coated and easy doing females currently grazing leasehold country on the Fitzroy and near Clermont in central Queensland.

"For us structure comes first, data comes second," he said.

"When we look at data we don't want extremes from any trait or we tend to lose out elsewhere. We look for average to above average growth and below that for maternal cow weight. We want milk and we want females that go back in calf."

The Atkinsons cross-bred flat-backed Angus/Droughtmaster herd has proven itself in feedlot competitions with weaners off their mothers making 250-400kg at 7-10 months.

"Culling and keeping of bulls and heifers at branding enables us to select the progeny from the better mothers and cull out any bad mothering cow lines," Mr Atkinson said.

"For us, our "Crown A" composite is not a breed but rather a type bred by our rules and our guidelines for our clients."

Brendan Kelly, Kellco at Dalby was the volume buyer waving down eight bulls including the heifer bull Eaglehawk Apache Q200 by Musgrave Apache for $22,000. Together the new sires will go into family-owned Camm Agricultural's vertically integrated breeding enterprise with cattle finished on feed at Wonga Plains via Dalby.

"This is exciting for us operationally," commented Eaglehawk stud principal Ian Vivers. "Through our clients we are becoming involved in more parts of the beef supply chain."

Mick Kelsall, general manager of the Parraweena Highlands Cattle Company bought six bulls on the day, half of them going to a breeder property at Willow Tree and the rest to sister company Marengo Station via Hernani. Mr Kelsall paid to $22,000, twice - first for the heifer bull Eagle Hawk Capitalist Q232 by LD Capitalist 316 from a Moongarra dam and again for the stud-bred Eaglehawk Unanimous Q192.

Mr Vivers told the assembled audience in the selling barn that as a breeder he always looked for new opportunities for commercial producers to improve their bottom line.

"For us to sell you need to succeed," he said. "We like to form networks with our producers."

The sale was settled by the Ray White selling team with Blake O'Reilly knocking down the bids. AuctionsPlus handled the online traffic and transacted the sale of 23 bulls. 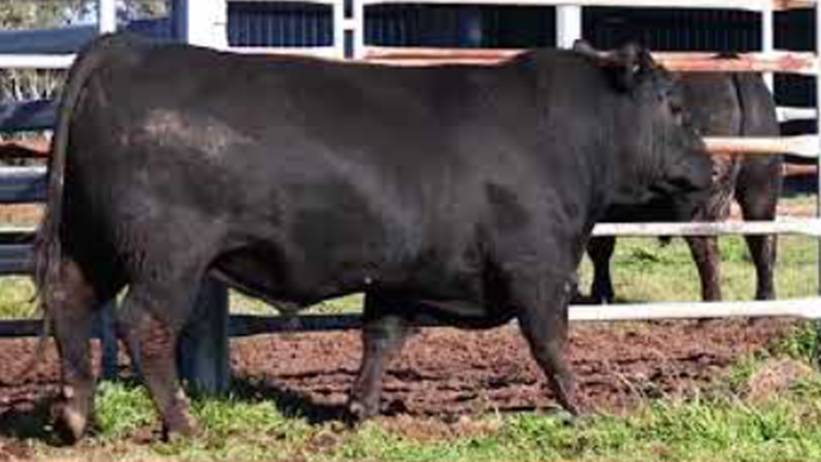