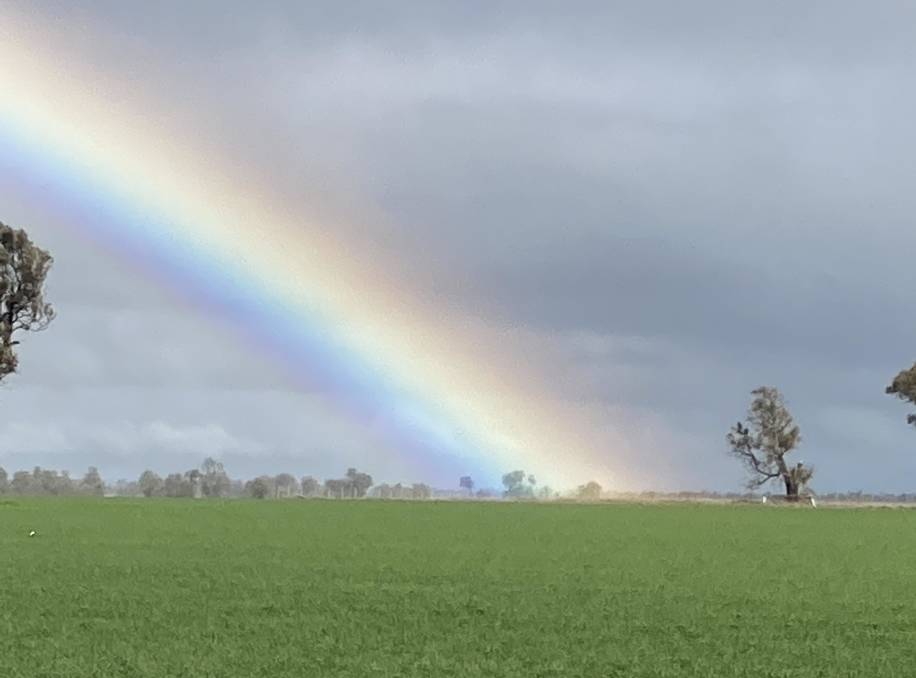 RAINBOW ROAD: Farmers are hoping this season, which has huge yield potential combined with high prices, delivers a pot of gold come harvest.

Grain producers may not be seeing a supercycle that permanently alters the industry landscape but current prices offer great opportunities.

THE AUSTRALIAN grains industry is on the cusp of enjoying what may end up be its most lucrative year on record if current prices and yield estimates hold firm but industry participants and commentators are stopping short of describing the current climate as a 'supercycle'.

Andrew Whitelaw, analyst with Thomas Elder Markets, said there had been a lot of external talk of agricultural supercycles where high prices created self-fulfilling momentum above that of the broader market, but he said the reality in the grains sector was different.

"What we've got here is a fairly simple supply and demand equation, there has been a poor season in the northern hemisphere, supplies are getting tighter and prices are rising as a result," Mr Whitelaw said.

"There is nothing about the fundamentals that suggest if northern hemisphere farmers react to the price signals currently on offer and plant a large crop and take off some good yields next year that we will not see prices fall as a result," he said.

"My advice to Australian farmers is to look at the current prices and see how you can best use the opportunities it presents if you do get that fantastic combination of high prices and good yields, whether it is paying down debts, looking at expansion or putting money in FMDs (farm management deposits)."

Brett Hosking, GrainGrowers chairman, said it was a good time to be involved in the grains industry in Australia but said the current decile 9 or 10 prices on offer would not last forever.

"It is the oldest cliché in the book but nothing cures high prices like high prices," Mr Hosking said.

"Farmers in other parts of the world will be seeing the same prices on offer that we are and they will want a part of it," he said.

"I'm pretty optimistic about the long-term future for the grains industry with rising world populations and growing demand for our product but I don't think we're going to see this magic combination of good prices and good yield prospects every year."

Veteran grain grower Ian Hastings said it was nice to see a season where good yield potential was married up with high prices but he cautioned the season was not done yet.

"The grain is far from in the bin yet so we don't want to be spending the money before we've got it," Mr Hastings said.

He also said while 2020 was largely a good one for grain growers in Australia not all had enjoyed a kind season.

"I think farmers that missed out last year would definitely feel talk of supercycles in the grains industry is premature," he said.

"We'd like to just string together a couple of good years with reasonable prices, we're always conscious that when you've got high prices a lot more grain is planted in areas that can grow a lot more than us in a good year and that can change the supply and demand equation pretty quickly."

Mr Whitelaw said the grains industry, by dent of growing annual crops, was faster moving in reaction to pricing signals than other agricultural industries such as livestock, where there was a lag time for numbers to build.

"Things can happen quite quickly in grains if you have the right pricing signals and seasonal conditions," he said.

He said international prices had been at these levels in the past, and similar to this year, a supply issue had been a key driver.

"In 2008 we saw issues with the Russian crop and the market reacted very quickly to that and prices really soared, but then production got back on track the next year and things came back again.

"The market is the market and it is nice to be sitting here with things going well but equally they will go the other way at some stage."

The story No supercycle in grains but opportunities abound first appeared on Farm Online.