What started as a competition between father and son has now grown into a social media cook-off. This is the story in their own words. 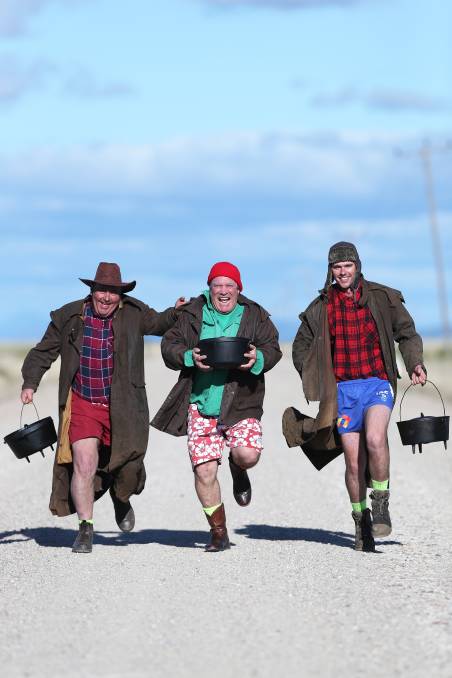 What started as a competition between father and son has now grown into a social media cook-off. This is the story in the Peter Lorimer's words.

In a nutshell, when the country went into pandemic lock down in March, 2020, I was on the hunt for something to break the boredom of isolation in my Newcastle apartment.

A bloke was going mad.

After yarning to my son, Jack Lorimer (23 at the time), in Gunnedah, who was also going stir-crazy, we decided to launch a camp oven cook-off via videos and texts on our phones - a little bit of friendly banter and an excuse to sample a cold beer and a thimble of fine Bundy Rum.

For years he had been trying to out-fish, out-shoot and out-cook his old man with very little success.

On March 29, 2020, I set up a camp kitchen on my fourth-floor apartment verandah using butane burners while Jack stoked up his backyard fire pit. The scene was set for the inaugural showdown.

Ribbing the hell out of each other all afternoon about how good our camp ovens were going, we laughed that hard we had lipstick on our ears.

I brewed up a succulent red wine lamb shanks number with an assortment of seasonal vegetables and damper while the young bloke crafted what he dubbed: "a fine red wine and garlic beef stew".

We posted a few pics of the prep, the cook in the camp oven and plate-up to Facebook and Instagram.

That's the day we woke up a sleeping giant.

A few mates contacted me during the following week, asking if they could join in and the next weekend we cooked with 20 enthusiasts.

It grew each week and on April 14, 2020, my wife, Tracy, and daughter, Molly, launched a Facebook page: The Great Coronavirus Camp Oven Cook-Off, so everyone could post their creations and recipes.

Within a few months we had more than 12,000 members from all states in Australia and also followers from overseas.

The rules were simple - post your prep photographs (ingredients), photos of the camp oven on the cook and then a plated up frame of your finished creation.

Each week I set a cooking theme.

Some of those have been cook something from the water, something with a bone in it, sweet treats, pizza, dumplings and damper, one pot wonders, Australiana for Anzac Day - just to name a few.

During those tough times I also lost a great mate - Stuart Gavin Percy.

We dedicated one of the cook-offs to him called Stew For Stu.

The response was nothing short of incredible.

There have been hundreds of incredible posts each week and some mind-blowing recipes which have gone viral, most of which are in the book we are set to launch this October.

Larrikins On The Loose Camp Oven Cook Book is a 176 pages collaboration between myself, photographer Peter Lorimer and Australian Bush poet Murray Hartin.

On social media Aaron Thompson's potato bake in a whole pumpkin went off the charts with more than 5000 shares.

For months after people tried to emulate his champion dish and Jason Harris even posted a picture of his home grown 109.3 kilogram pumpkin asking members how many spuds he would need to fill it.

Leanne Smith's whole apples stuffed with chocolate and caramel sauce wrapped in pastry caused mayhem in the comments section of the page. 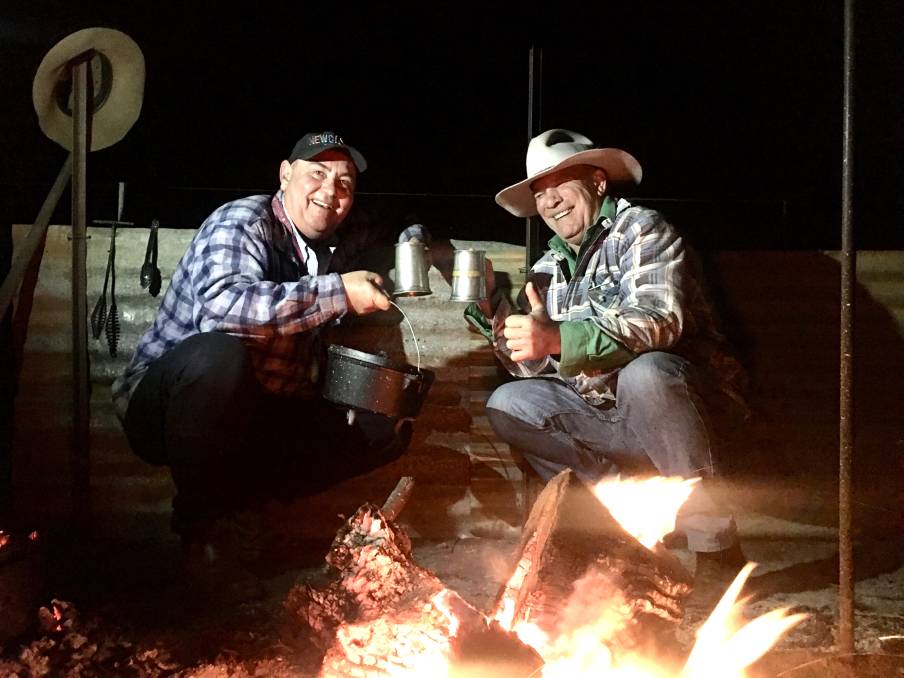 Cathy Riley and Jillian Tudgey took the prize for outstanding preparation pictures every week. They built fires in different outdoor locations and set up tables, cutlery, candles and props near lagoons and in paddocks.

We've also had our fair share of disasters posted on the page and Bert Steele takes top honours so far.

After nurturing a chicken coconut curry for five hours, slaving over the hot coals, stubby in hand, his camp oven handle snapped on his way to service and his creation ended up all over his backyard.

He fixed it for the following week.

Other highlights include Luke Berry cooking a camp oven on heat beads on the roof of a high-rise building in Sydney and iconic bush poet Murray Hartin's Great Coronavirus Camp Oven Cook-Off poem, which we launched live for our page around a campfire.

A few of our overseas followers and cook-off enthusiasts are having a tough time understanding our Australian lingo.

Lillian Parenteau, from Alberta in Western Canada, was constantly asking questions on Facebook trying to get a grip on what we were talking about.

"Can someone please explain what a larrikin is?" and "What is a cough-dodger?"

In Canada a Jap Pumpkin is called a squash.

You larrikins can view all of the posts, the poems and the videos on Facebook - just go to the Great Coronavirus Camp Oven Cook-Off page.

Stay tuned campfire-loving larrikins, and may the camp oven Gods shine down on you all - Peter Lorimer.