Ross Pride had a significant find on his property near Mudgee, one that helped him find a name for it. 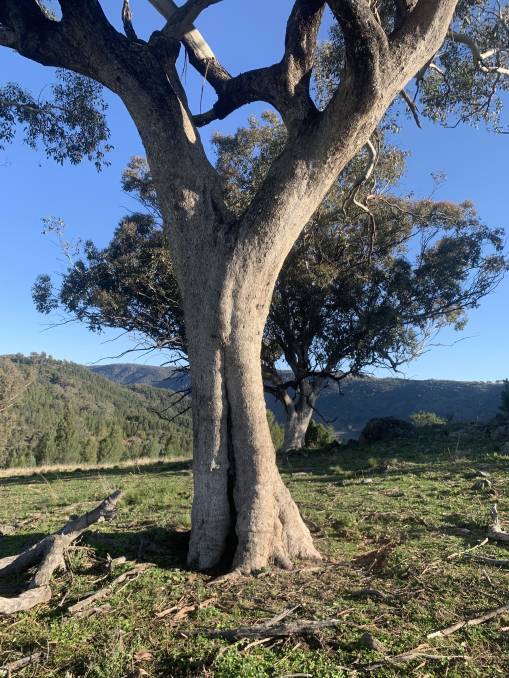 LASTING: A grave fit for who?

When we went bush some 20 years ago we didn't have a name for our plot - 45-odd hectares of hills and valleys tumbling down to a good-sized creek.

The title deeds read 'Lot 6', but we reckoned we could do better.

We got to talking with an old Wiradjuri bloke in town about calling it something his mob would have liked.

That prospect pleased him no end, so one morning he came out to get a feel for the place.

He trekked up and down the slopes, and wandered along the creek.

He was gone for hours, and came back pretty excited

"Come up here and look at this," he said.

Not 200 metres from the home paddock, on top of a steep rise, he pointed out a big gum with an overgrown split down the middle.

We'd never particularly paid attention to it, but he reckoned it was a carved tree, and that the hill had spiritual significance.

According to Wikipedia, as we discovered, carved trees are 'created as a form of artistic and spiritual expression by some Aboriginal peoples, to mark sites of significance such as burial sites.'

Could someone important be buried there?

We'll probably never know, but it was our turn to be excited.

We finally settled on one of the names suggested by our mate - 'Billagal', meaning 'down, or downhill, to water'.

Years later, the possibility of our place holding an ancient burial site was to take a twist.

One afternoon we were nicely ensconced at a local winery, having a taste and a yarn with the vigneron, David.

Amongst his current wines there's the Headstone rosé range, named for two old headstones that were used as straining posts on a fence around one of his blocks of vines.

He recalls the inscriptions had become indecipherable, and the stones are now lost, but they had come from David's great-grandfather's property.

And where was that?

It turns out the old man once owned our very block of dirt, purchasing it from the Crown in 1884.

Those headstones originally marked the final resting places of two young brothers who died on our property in the late 1800s.

Bizarrely, the stones ended up as part of a fence in what was to become a vineyard, 30 kilometres away.

So the boys' graves are out there, exact whereabouts unknown. When we go for a walk we're always on the lookout, but for what? The big tree remains though. That's what you call a lasting memorial.