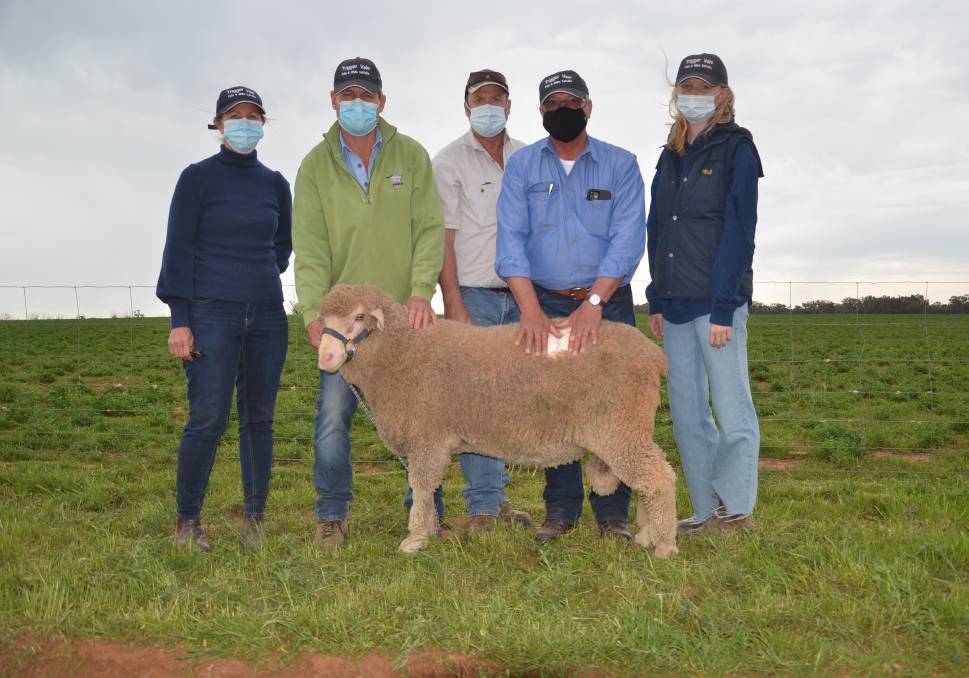 It was the most rams ever offered by Trigger Vale, a 20 head increase on last year, but an overall clearance rate of 98 per cent showed the demand was there.

"We had this vision 20 years ago about what a Merino might look like," Trigger Vale stud principal Andrew Bouffler said.

"To have rams sold into the wider Merino industry, stud sires, just means our vision and our type of sheep, with a real focus on dual-purpose, non-mulesed, I think it validates our breeding program, which is very satisfying."

Mr Bouffler described the ram as "bulletproof" and said he was in their top 10 for the year, just missing the cut as one of the eight sires kept by the stud themselves.

"He had extraordinary staple length, he wasn't extreme in everything but he was very good in everything," Mr Bouffler said, noting he was glad he had gone into a ram breeding program. 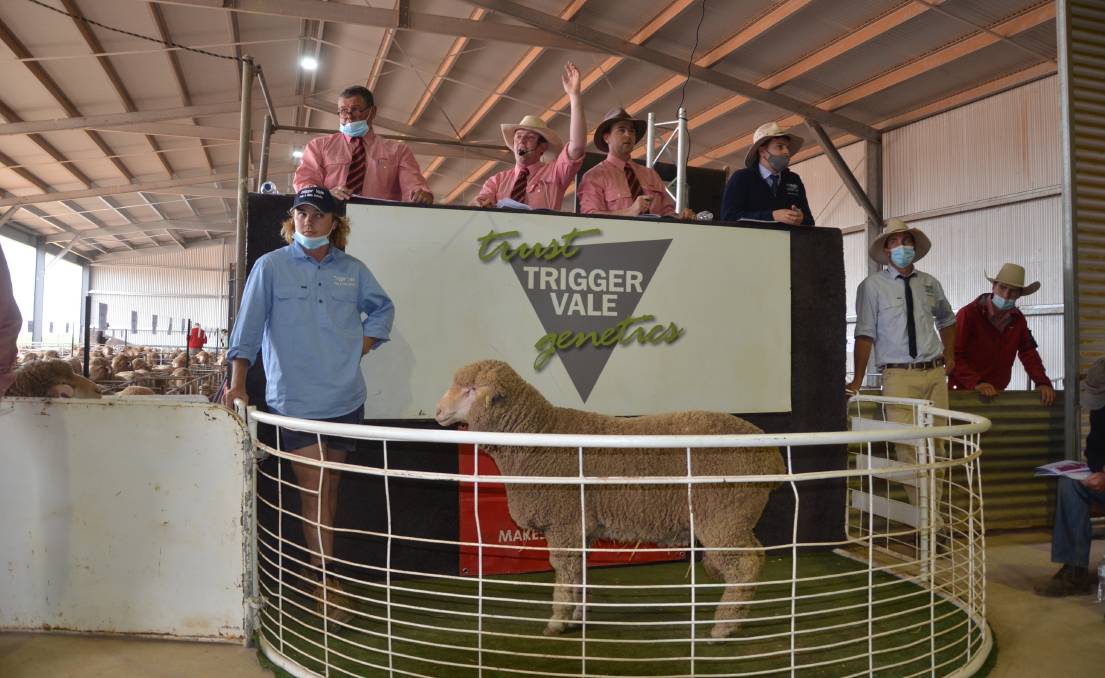 The first ram offered for the day sells for $14,000, setting the scene for what was to come.

Purchaser Mr Edwards said it was their second time buying rams from Trigger Vale and the top-seller was the one they had their eye on this year.

The second top priced ram was just behind at $17,500, paid for a son of Trigger Vale 170478 by Ulingala Pastoral Company, Wellington.

Mr Bouffler said the July-drop ram was out of a ewe lamb and would usually be sold as part of that cohort later in the catalogue, but was brought to the front given his impressive growth for age.

"He actually didn't look small even though he was a couple of months younger," Mr Bouffler said of the ram who tipped the scales at 88 kilograms.

He was one of 15 rams with ewe lamb dams offered and the group sold for an average of $3713.

The third-highest priced ram was the first lot of the day, a son of Trigger Vale 160095, sold to a ram-breeding operation in South Australia under account Bougher Family Trust, Karoonda, SA.

The top 20 Poll Merino rams sold for an average of $8150, but there was still rams to suit most budgets throughout the draft.

The White Suffolk draft included six individual lots, which sold for an average of $2800. The rest were sold with the option to purchase the pair.