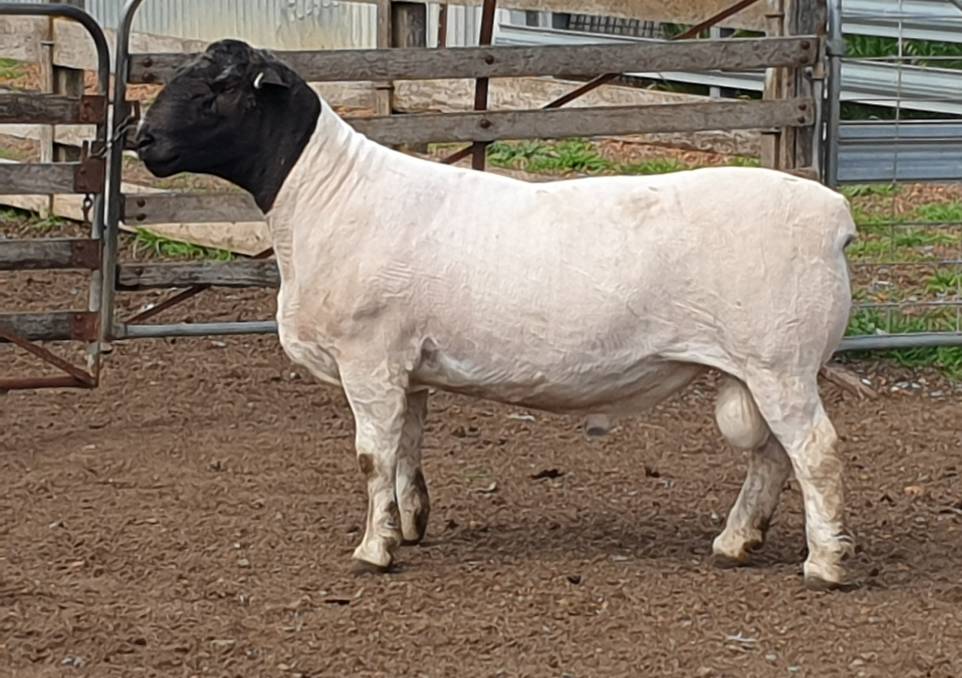 Kaya D030 190345 sold for $42,000 to Marisa and Bully Malherbe and family from Bulmar stud, Orange during the online auction. Photo: supplied

THE annual Dorper Sheep Society of Australia National Dorper and White Dorper Sale was held virtually this year, with an online crowd showing confidence in the shedding breeds and investment dollars in their pockets.

Classed as a type five by Marius Loots in September 2021, he holds a top 30pc post-weaning weight (PWWT) and a top 10pc for dressing percentage which made him a nice fit to his new home at Bulmar stud, Orange run by Marisa and Bully Malherbe.

"This ram has what everyone needs, he is easy moving and his length is great. It was too good an opportunity to resist," Mr Malherbe said.

"With the way the meat market is now, this is the time to invest in genetics to get a return on your money.

"Full credit to Adrian, any investment in stock put up by him is a no brainer. You know you are going to get your money back.

"This investment is in our stud but also a massive one into our client base too."

The $8000 top-priced White Dorper was described as a big young ram, weighing 112 kilograms with low growth hair type. He is heading buyers at St George, Qld.

The sale exceeded all expectations of the organisers, "We were hesitant but were very happy with the way the format worked. It was doable," sale organiser David Piper of Belowrie, Dubbo said. "The sale went very well, good quality pictures and video worked for us.

"As organisers we would like to thank all of the vendors, purchasers and all of the sponsors."

The sale was conducted through AuctionsPlus with Nutrien as agents.