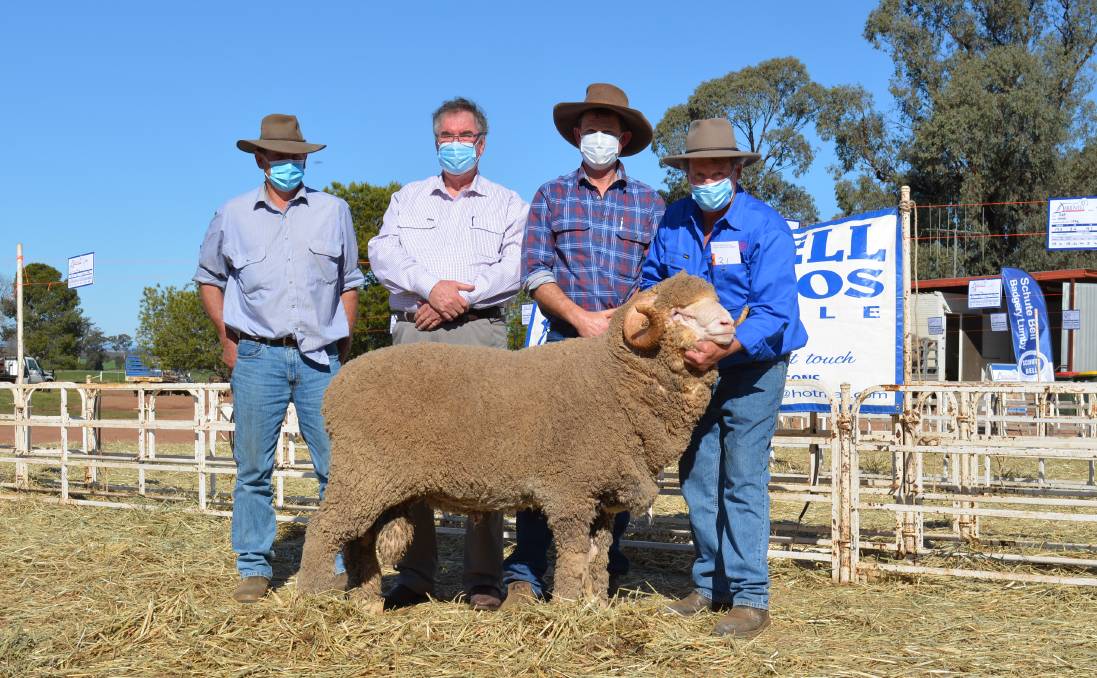 HIGH bodyweight rams with quality wool were in demand at the Darriwell Merino and Poll Merino sale at Trundle on Friday.

The $20,000 top-priced ram was among those, weighing 124 kilograms, having just broken its teeth, while measuring 18.9-micron wool with a 3.2-micron standard deviation, 16.9 per cent coefficient of variation and 99.6pc comfort factor.

It also measured a 38 millimetre eye muscle depth with 4mm fat depth and sold to Peter and Odette Morley, Boomey Park, Molong, who run 5000 breeding ewes and their followers, averaging 18.5 micron, plus a 900 Simmental cow herd.

Manager Angus Shannon said they were targeting a free-growing, heavy-cutting type, with good length and a freeness that would breed through into their ewes. They also wanted bodyweight and fat cover so they could get their wethers off as soon as possible.

"This is our fourth year buying Darriwell rams and we just feel our flock is getting better and better," Mr Shannon said.

They had a select group of rising three-year-old ewes from which they would put together a line for the new ram with the help of classer, Michael Elmes, Narrandera.

Boomey Park had only recently got $290 a head for wether lambs through the Carcoar saleyards, and Mr Shannon said "when you are getting close to $300/head on your wether lambs and then compare that to your average price across a draft of rams, it's easy to see the benefit".

W.A. Hicks Pty Ltd, Lowesdale, bought eight rams, seven at auction to a top of $4800 and a $4193 average, with the additional purchase immediately post auction for a $3818 total average.

Their highest purchase was the second last sale lot and was a big, upstanding ram, weighing 124kg with 20.4-micron wool. This was their second year using poll rams and Mr Jones said they achieved a 128pc lambing rate this past autumn.

Vendor, Russell Jones, said he had been aiming for a dual purpose type and "these are the biggest boys we have brought up and I'm proud of them".

He said he was aiming for a freer-skinned animal with faster growth and earlier maturity, with more ewes now joined to polled rams than horned.