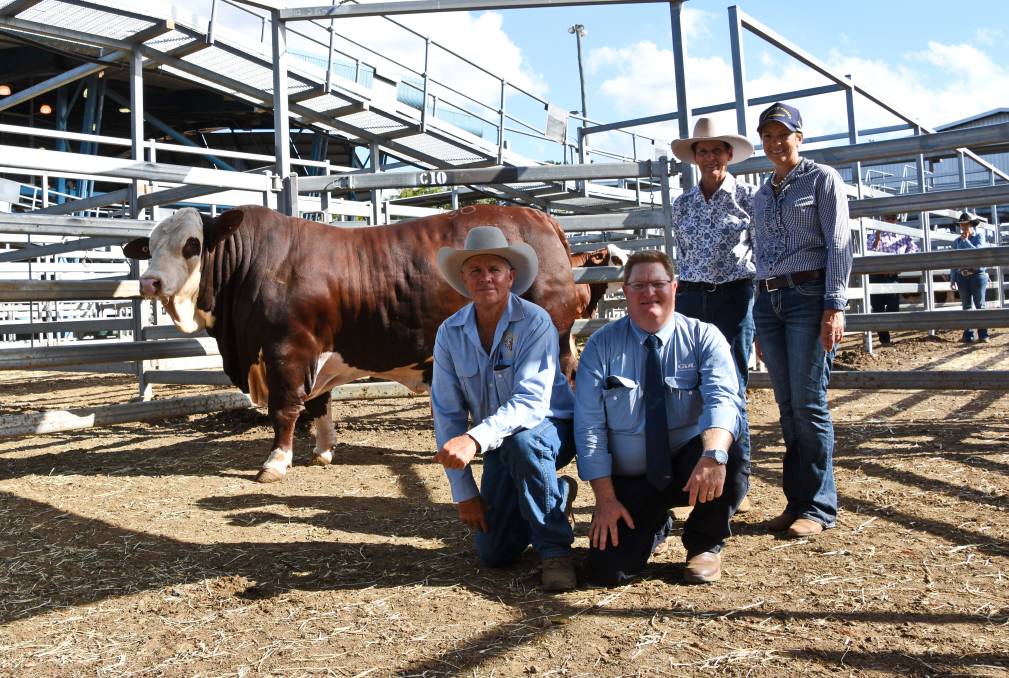 As the supply and demand pendulum swings firmly in the favour of vendors, and the commercial cattle market continues its strong trajectory, Braford stud producers reaped the benefits on Monday.

Attracting a large buying gallery and consistently-strong bids, the National Braford Sale sold to a top of $50,000 on two occasions and achieved an average of $13,207 for the 133 bulls that sold from the 141 offered.

By Carinya Quinn (P) and out of Carinya 2399 (P), the 28-month-old was knocked down to Russell and Donna Kenny, Harriett Valley Brafords, Gayndah.

Tipping the scales at 1034 kilograms, the sire prospect measured 44 centimetres in scrotal circumference and tested 85 per cent for sperm motility.

Scanning 143 square centimetres for eye muscle area, he had P8 and ribt fat depths of 16mm and 11mm respectively, and an intramuscular fat percentage of 4.7.

It was by no means an expensive day for the Kennys though, with their offering Harriett Valley Trader (P) making the second-top price of $47,500 soon after. 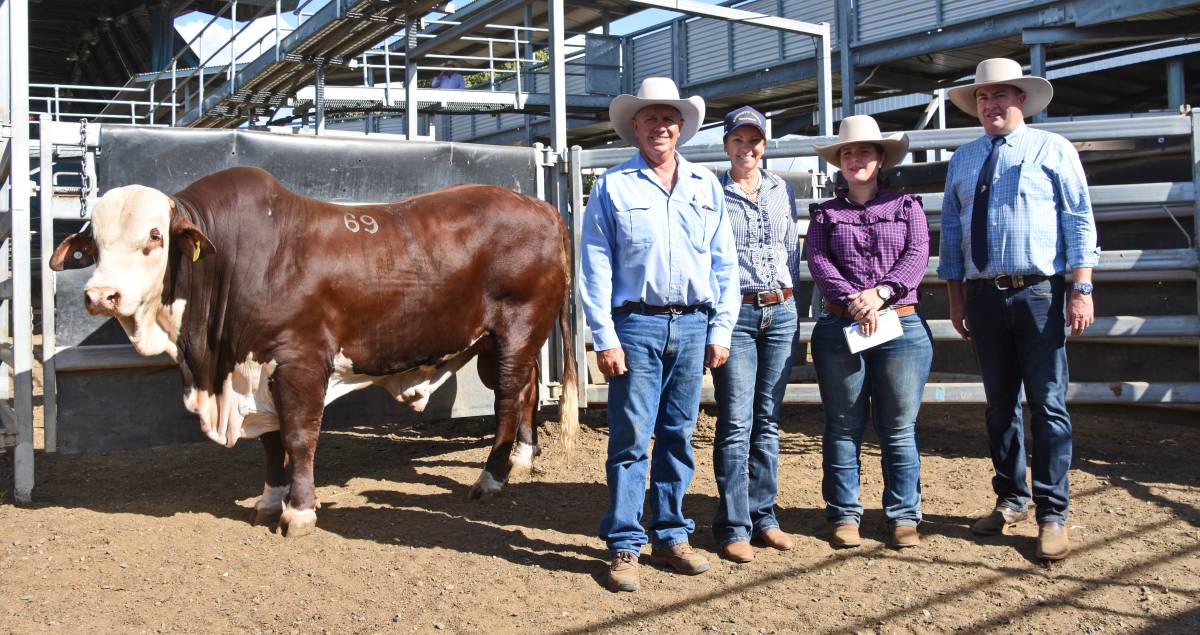 Purchased by Mark and Amy McNamara, MCN stud, Bell, the 968kg sire prospect measured 42cm in scrotal circumference and scanned 133sq cm for EMA, 14mm at the P8, 9mm at the rib, and 5.1pc for IMF.

Demand showed no sign of slowing towards the back end of the catalogue, but the action fired up even more when Double C P124 Playboy (P) entered the ring and also hit the top money.

The Treloar family, Treloar Grazing Co, Rockhampton, secured the 36-month-old son of Carinya Murdock (P) and Double C K086 Jessie (H), who weighed 910kg, measured 43.5cm in the scrotum, and had a sperm motility of 80pc. 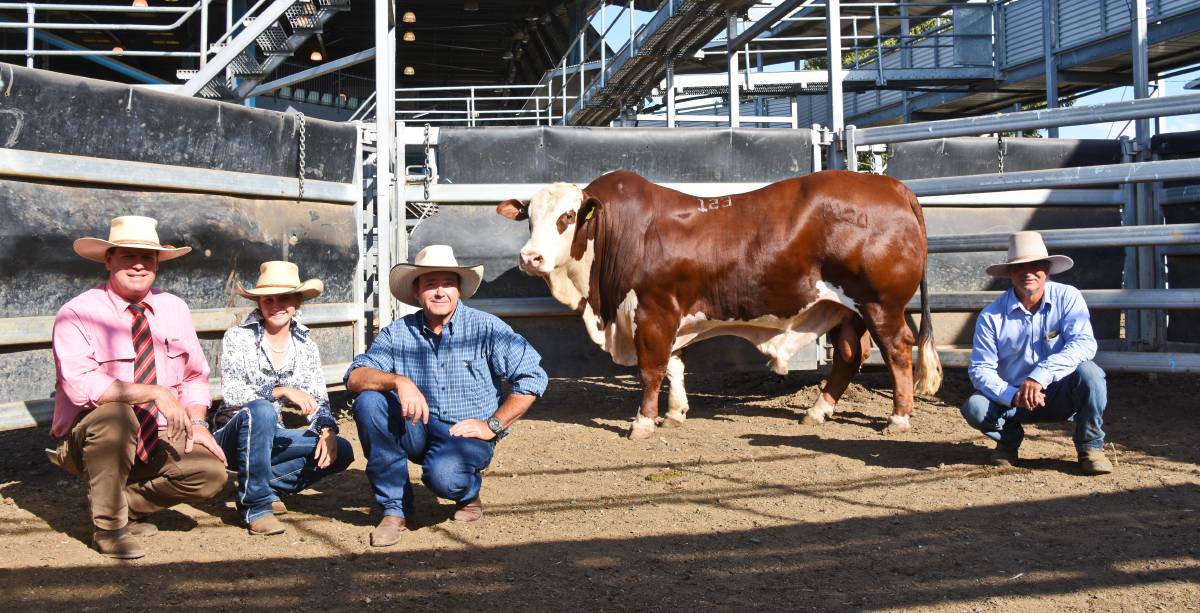 The small offering of registered females was also met by interest from a widespread buying panel, with 10 of 11 females selling for an average of $4800.

Topping at $6500, it was the Donovan family's Ashby Flamingo (P) that caught the eye of the Saunders family, Charlevue Cattle Co.