IN ITS 30th year, the O'Leary family's Narranmore Poll Dorsets stud cracked $5400 and a new stud-high on Friday last week. 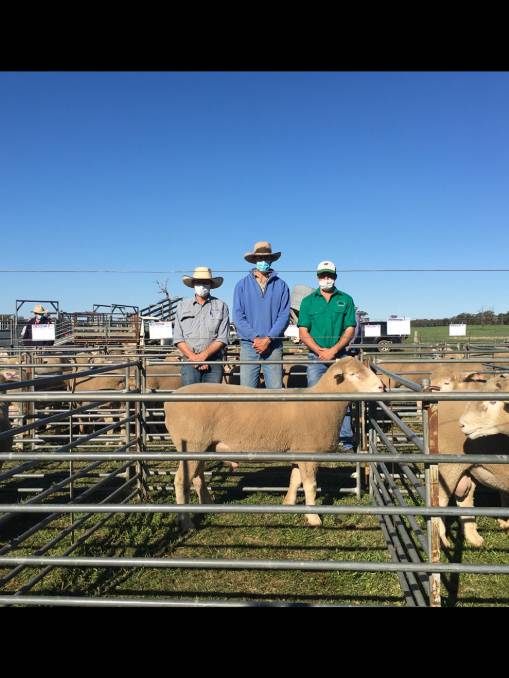 IN ITS 30th year, the O'Leary family's Narranmore Poll Dorsets stud cracked $5400 and a new stud-high on Friday last week.

A host of long-time clients and repeat purchasers, some of them buyers for three decades, returned to the Elong Elong stud to snap up the entire draft of 102 Poll Dorset rams at an average of just under $3000.

Station manager Ed Blackburn said he stood out with his overall volume and capacity, perfect feet, structure, and a nice shoulder set and head.

Vendor Christine O'Leary said the May 2020-drop ram had excellent figures and a StockScan index of 1437.

She said the catalogue was one of the best they'd offered.

"It was a very even draft of rams. We recorded our best-ever top price, and a number of rams sold just shy of that," Mrs O'Leary said.

"We also recorded our best-ever average."

She said she was thrilled with the local support.