Cider is the new way for Darkes Forest orchard

They're still pinching themselves at Glenbernie Orchard at Darkes Forest just south of Sydney after winning multiple medals at the World Cider Awards in London.

Up against some of the oldest and biggest names of world cider production, the small apple and stonefruit orchard has lifted its name into world cider fame, winning the world's best sparkling perry cider award.

Co-owners Jo-Anne and Glenn Fahey were knocked off their apple picking chairs when they heard the announcement this week, a huge lift as they battle to secure sales during the COVID-19 lockdown.

It's been a long 20-year transition from a six-generation-owned orchard, the last apple orchard on the NSW South Coast, that simply supplied apples to supermarkets, to one that value-added to its produce. But now they are reaping the rewards for overhauling their farm's future - and awards.

"Its just an amazing thing to be recognised at world level," Jo-Anne Fahey said. "Essentially we are farmers who are value-adding at the end of the day. It's also an acknowledgment also to the quality of the product we produce as well." All of Glenbernie's ciders contain 100 per cent fruit and the crop is hand-picked.

Glenbernie saw that just selling apples to supermarkets would only send them broke as prices went "down and down" over the years. They decided to value add, adding ciders, alcoholic and non-alcoholic, award-winning cider-vinegars, jams and other products to their orchard sales.

Its been a long process sourcing apple trees that produce the right tannins in their skin for orchard cider making - some of them rare heritage apple trees, such as Kingston Black, sourced form Tasmania and through an apple tree expert at Orange, who keeps a repository of old apple cuttings. It can take up to seven years to go from a cutting to a tree that produces fruit (grafted trees can take four years). Not all varieties perform the same, depending on the 'terroir', so a Kingston Black may not produce the same tasting apple in Tasmania as it does at Darkes Forest. Many cider producing apples are very acidic and can "cause you to suck your face in severely if you took a bite", says Jo-Anne.

All of Glenbernie's fruit is picked by hand - by retail staff turned pickers because of the lockdown and COVID restrictions, and Glenn's mechanical engineeering expertise has established a modern cider-making plant at the orchard that produces 5,000 to 20,000 litres of cider a batch (equating to about 30,000 bottles).

But Glenbernie is small and battles against corporate giants on bottleshop shelves, where Jo-Anne says often the mass produced ciders sometimes only contain 35 per cent fruit, the rest made up of ethanol, flavourings, sugar and water.

"We're very proud of our products and we only sell to selected small liquor outlets and restaurants and online. During the lockdown we have been able to establish a new distribution business and we think that when restrictions ease that will be a successful ongoing business. We're also planning to have a food van at the orchard." 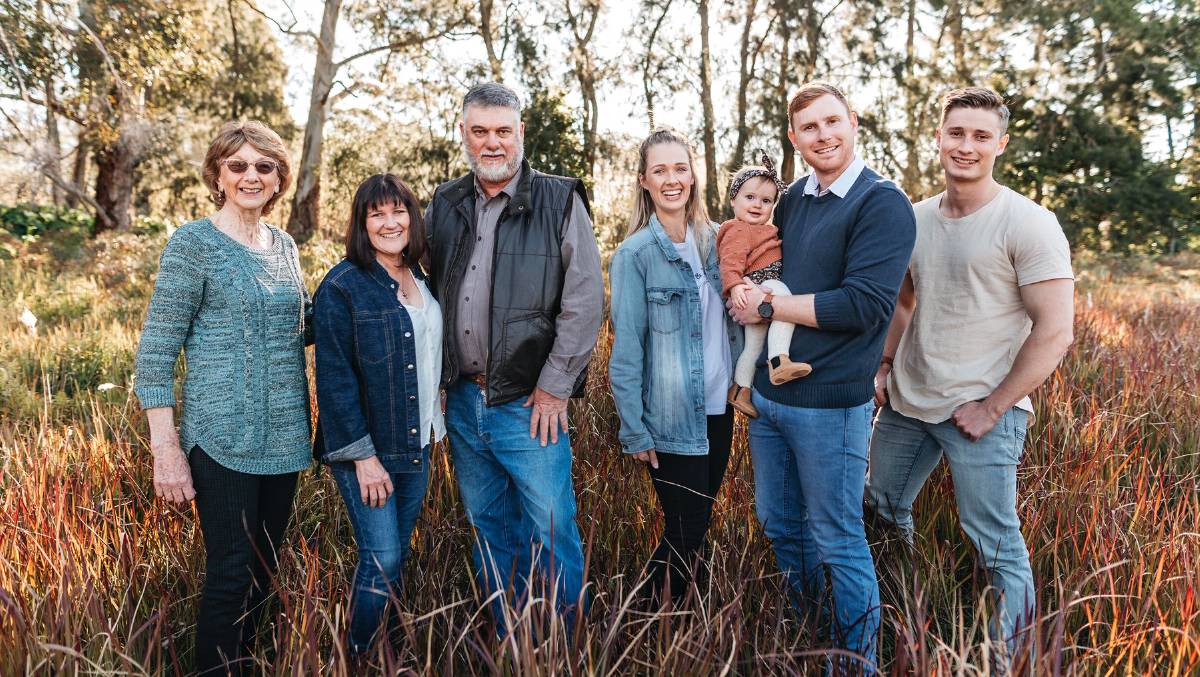 The pears used in the world-award winning sparkling perry cider are sourced from Victoria and Orange in NSW.

Jo-Anne was not revealing those sources for the pears. "We're not giving that secret away," she said. But the pears are a winner and there are only new opportunities and more awards on the horizon for Glenbernie, despite the lockdown.