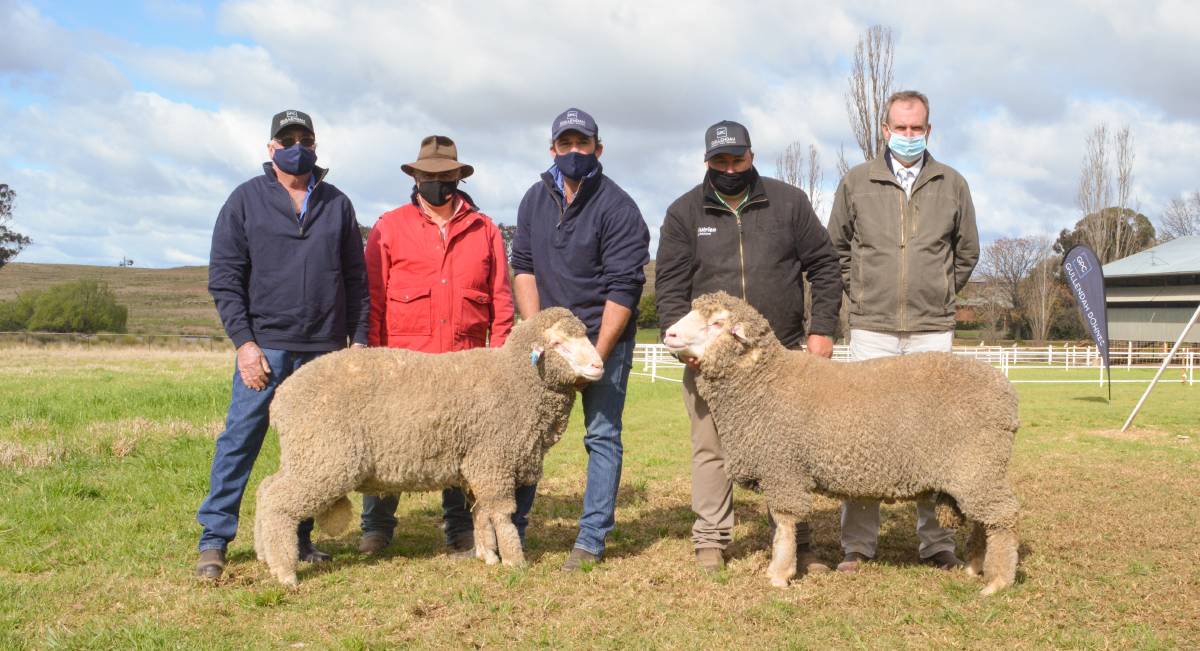 The consistency and reliability of Gullendah Dohne and Poll Merino genetics drew repeat buyers from across the east coast to the stud's 39th annual on-property ram sale at Baldry on Tuesday.

THE consistency and reliability of Gullendah Dohne and Poll Merino genetics drew repeat buyers from across the east coast to the stud's 39th annual on-property ram sale at Baldry on Tuesday.

Rams sold to four states, with the increased offering creating buoyant bidding that resulted in a new stud best and what is believed to be a Dohne record average.

Overall, the Hughes family sold their entire draft of 160 rams, with 120 Dohne rams reaching a top of $5000, twice, and averaging a strong $3233, surpassing last year's average of $3115 which was thought to have been previously etched in the history books as the breed's highest to date.

Gullendah stud co-principals Peter and Andrew Hughes said they appreciated the support from all repeat clients as well as new buyers that operated through the draft.

"It is great to see that our rams and genetics are performing for all our clients in a wide range of areas," they said.

Repeat buyers of many years, the Robertsons picked up nine Poll Merino rams at a $3250 average.

Two Dohne rams were knocked down for the top price of $5000, with both purchased by Peter McSwan of Brenda Station, Goodooga as part of his draft of 11 rams averaging $3864.

Running around 8000 Dohne and Merino ewes as part of his mixed sheep, cattle and goat enterprise, Mr McSwan said he is a repeat buyer of many years that continues to come back because of the consistent type of the Gullendah sheep.

Queensland based purchasers were the largest volume buyers with Perola Park Pastoral, Augathella, selecting 18 Dohnes rams at a $2833 average.