In the largest Merino ram offering in Australia, Nigel Kerin and his family sold the 550 Poll Merino rams to a $16,000 top and $3526 average.

In the largest Merino ram offering in Australia, Nigel Kerin and his family sold the 550 Poll Merino rams to a $16,000 top and $3526 average.

It was a cracking result said Mr Kerin. "Feedback from our oldest clients - and biggest critics was it was the best team we have put up," he said

"These 550 rams were created in the peak of the drought. We culled out 30 per cent of our stud ewes on phenotype and data, and that decision in conjunction with the first year of using MateSel combined with single joinings creating quality in the team.

"We have also normalised the behaviour of joining ewe lambs which means our clients need more rams."

ALSO IN NEWS: Auctioneers knocking down rams for big bucks

Rams sold to buyers from local regions as well as further afield in Victoria, Tasmania, South Australia, Queensland, and Western Australia. Several repeat clients and 14 new buyers, nine of which were on AuctionsPlus, operated through the draft.

Making the trip from Avenel, Vic was the Ridgway family of Gantag Pty Ltd, who put together a draft of 24 rams for a $4667 average. 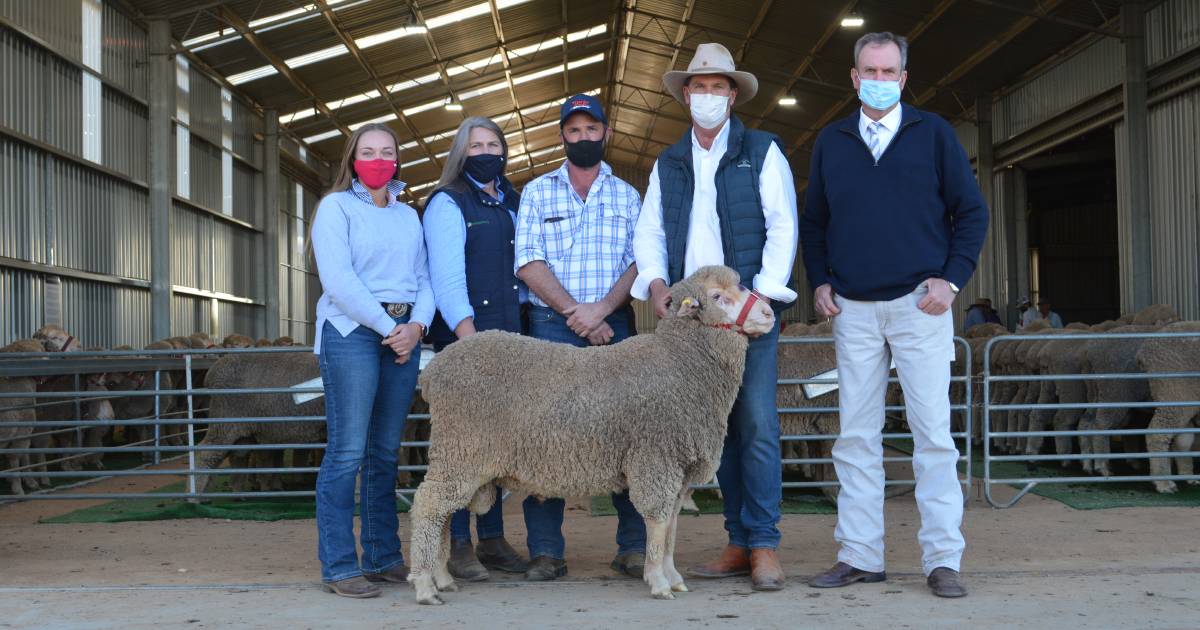 Joining just under 7000 ewes this year, predominately to Merinos but some to White Suffolk rams, it was the third time the Ridgways had purchased from Kerin Poll.

"We have one-year-old ewes now which are steaming along. We target a 19-micron or less fleece, cutting 5-6kg which they do easily. It is about breeding a better sheep under the fleece," James Ridgway said.

"We were looking for a high PWT, high fleece weight and muscle to breed an earlier maturing lamb - all our wether lambs get sold, so we want them to mature as quick as possible so we can turn them off quickly.

"We also want to start joining ewe lambs... and we are currently in a massive pasture renovation phase to lift stocking numbers, hence coming here to get the sheep to match."

IN OTHER NEWS:Still no answers to Gulf Livestock ship disappearance

Looking to the future, Mr Kerin said it is important to increase the level of knowledge needed to get the best out whatever genetics you use, which is the main driver of return on assets managed. "As soon as the COVID restrictions are relaxed, our intention is to host pop-up field days with the theme being the business of farming which will involve getting the best out of genetics, climate, pastures and people," he said.

"Which moving forward is a major step to increase the return on assets managed on rapidly increasing land values."