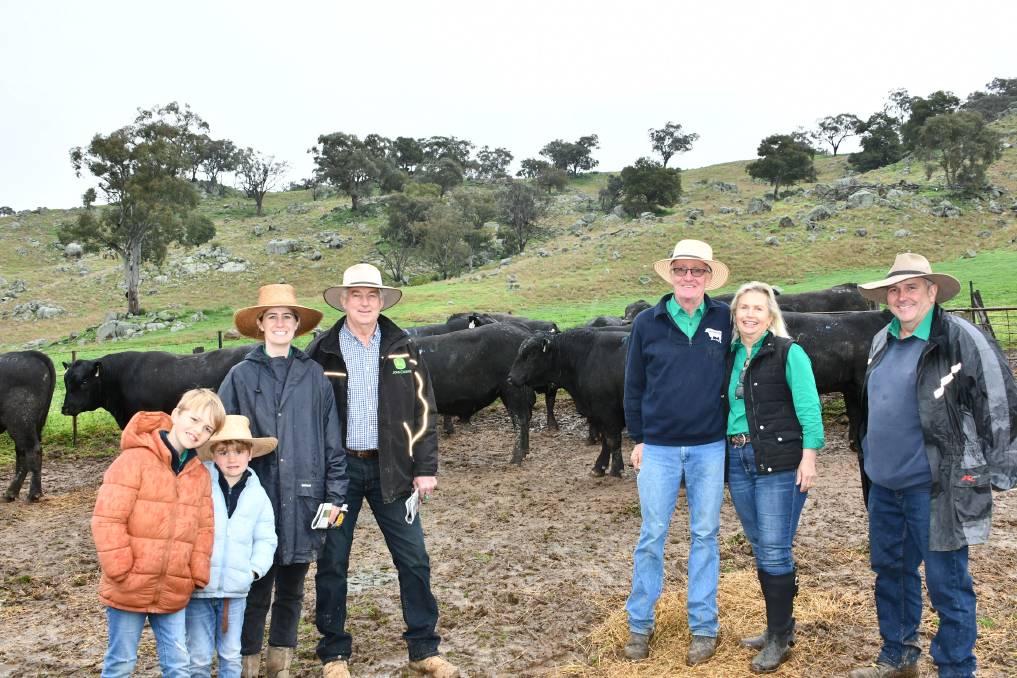 Bongongo Angus, Coolac, again wrapped up the run of Angus bull sales in the south on Thursday with a strong performance late in the season to record an impressive $14,924 average and reaching a high of $30,000.

A strong and loyal client base of commercial buyers went to work from the start paying to the top money of $30,000, while not flinching to pay north of $15,000 for most bulls.

The sale-topper, Bongongo R209, was a son of the highly reliable Rennylea L519 that has performed well for the Bongongo stud, including in the areas of growth and carcase traits.

The Rennylea L519 sons were a feature line of the sale, with buyers attacking every option to get their hands on one, resulting in all 18 in the sale averaging $19,389.

Mr Simpson said they desperately needed three new bulls to put over second and third calving cows and they had used Bongongo bulls before and loved the progeny.

"We were chasing the younger 18-month-old bulls to put over a line of Millah Murrah bloodline cows and targeted only the L519 sires," he said.

Peter and John Armstrong, Baltimore Enterprises, Junee, had been buying at Bongongo for 10 years and again walked away with six bulls, averaging $16,000.

Mr Simpson said he sells his calves at 400 days of age either through the weaner sale system or on Auctionsplus, while keeping their heifers to run with their 500 strong female herd.

"We were chasing the younger bulls and were really happy we landed a son of Millah Murrah Paratrooper P15 for $17,000 as well as Beast Mode and Fail Safe sons," he said.

The sale was conducted by Elders with Steve Ridley and Harry Waters as auctioneers.