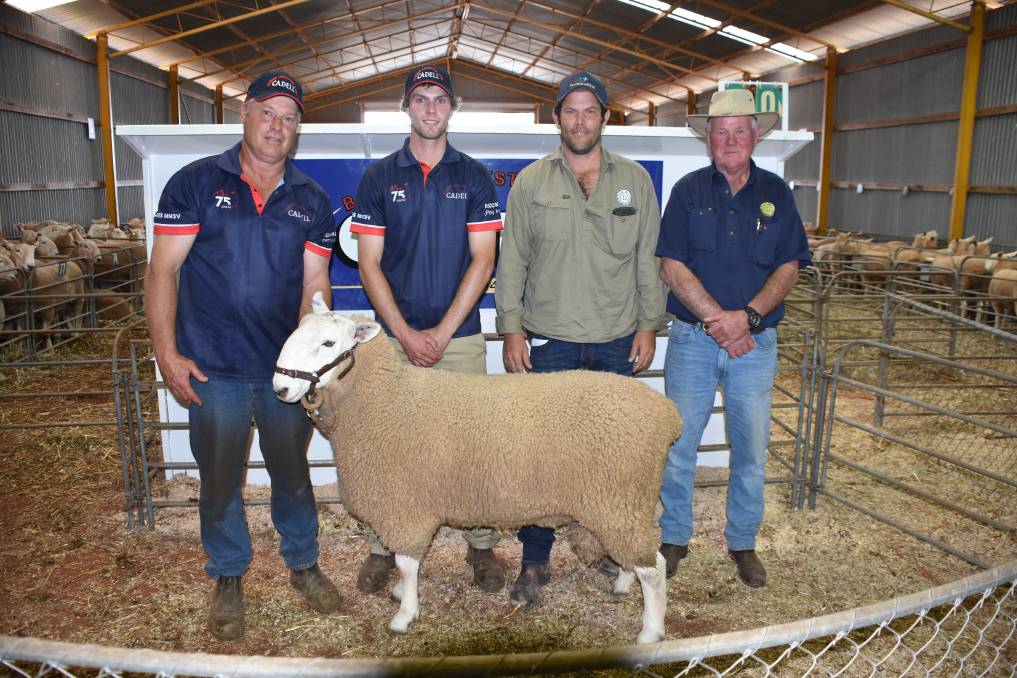 Rams were in high demand pushing the stud to new heights including a $3445 sale average.

A large crowd was drawn with only standing room left when the Harper family of Cadell Border Leicester stud, Ariah Park, celebrated their 75th year of breeding Border Leicesters in style.

The bidding was strong when the 298 rams were offered for the stud's 46th annual sale, held last Friday.

Stud records were broken when 100 per cent of the Border Leicesters offered were sold for an all time average high of $3445, and also reaching a whopping top price of $15,000.

Chris and Greg Doherty, Tulagi Border Leicesters, Deniliquin, were celebrating almost 80 years in breeding Border Leicesters and bought the top-priced ram for $15,000 for its correct structure and length of body.

"We were chasing a new bloodline, being Cadell and Raywil, to introduce into our flock," he said.

"He was the youngest ram in the shed, yet stood out to be the biggest and we could not fault him.

"He was the youngest ram in the shed yet stood out to be the biggest and we could not fault him. - Chris Doherty, Tulagi Border Leicesters, Deniliquin

"His great muscle, big brisket, outstanding wool and overall confirmation, he has lot going for him."

The Doherty family also purchased a line of 13 ewes. Chris Doherty said the line of ewes were all structurally correct with outstanding heads.

Llanver Trust, Narromine, put together a draft of 29 Border Leicesters, which included one stud ram at $9000, eight ewes and 28 flock rams.