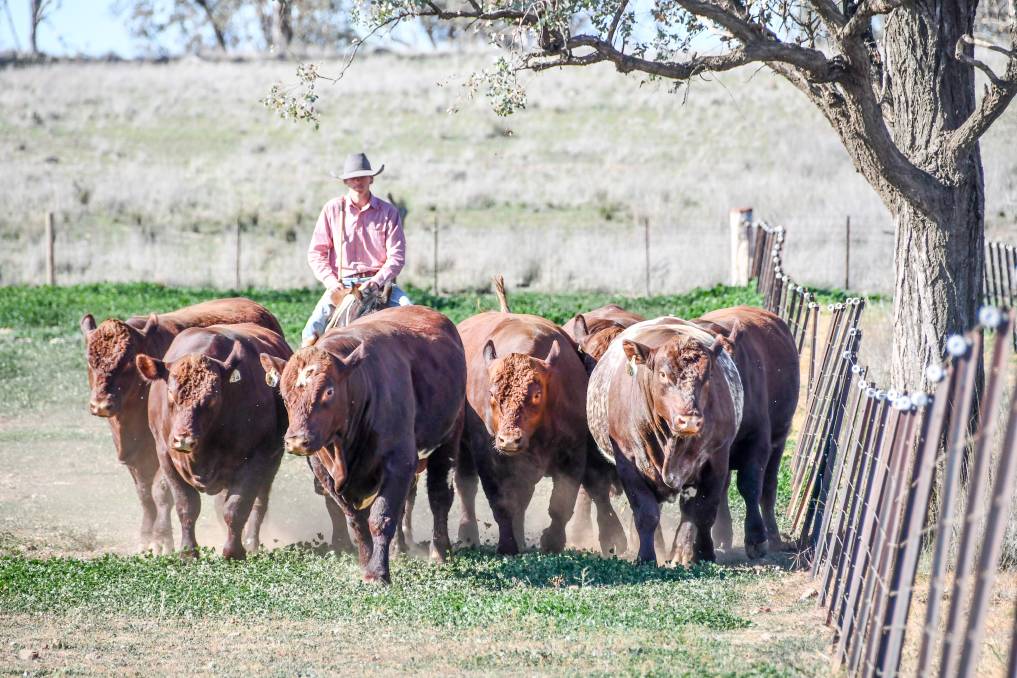 Roan coloured cattle have been making waves during the state's stud sale season for a number of reasons. Photo: Lucy Kinbacher

The Land's Tamworth journalist explores the popularity of roan coloured cattle in this week's Taking Stock.

THEY are arguably the most eye-catching thing when you go to certain bull sales and its fair to say they have made waves during 2021.

Whether it be Shorthorns or Speckle Parks or a variety of other breeds, roan coloured cattle have been bringing high prices at sales across the state and have often outshone other coloured animals in their respective drafts.

Could it be that the unique colour pattern is drawing in buyers purely for optics, or is it more than skin deep?

Well the answer like most things in life, varies depending on who you speak to and who the buyer is.

As a greatly-respected colleague recently told me "roan coloured bulls are known for their soft skins and whenever a bull has soft skin, a buyer knows there's great meat underneath".

It's an astute observation that is backed up by quick research of top-selling roan bulls that have been knocked down at sales across the state this year.

Shorthorn Society vice president Sam Martin echoed the sentiments saying the perception of softer skins was a popular one.

"I honestly think there is a perception in the industry that the roan cattle are softer as well as easier-doing cattle with easier care," Mr Martin said.

"So you're finding people are chasing the roans because they are wanting to get a bit more softness back into their herd, add a little bit more cover onto their cattle and all with being easier care." Sam and Jodie Martin with their 2021 top selling bull, which like many this year was roan coloured. Photo: Billy Jupp

However, softness aside, Mr Martin said he believed the popularity of roan-coloured bulls could be put down to a more fundamental shift in the perception of other cattle breeds.

"When it comes to Shorthorns, where our really unique identity sits is that we can breed those beautiful roan coloured cattle and with everything in life, you look for identity," he said.

"The Speckle Park breed has it as well, which does trace back to the Shorthorn breed, and it is a really unique characteristic.

"However, I think what is really spurring on the popularity of the roan cattle is the fact more people are now embracing that identity and not trying to hide it."

While the Speckle Park breed may only just be beginning its journey in Australia and already making considerable progress, the Shorthorn breed has its roots firmly planted in the sector's history and the popularity of roan cattle is helping to highlight the breed's origins from when it first arrived on our shores.

It has also been the basis for JBS' Thousand Guineas program, which is named after the first beef bull of any breed - a Shorthorn named Comet, which sold in the UK for 1000 guineas in 1810.

The name may be steeped in history, but the program offers modern producers a direct market for the breed to one of the globe's biggest meat processors, which undoubtedly is contributing to the push towards more roan cattle.

"In the past, I think everyone thought the cattle had to be black to get those premiums, but now we are seeing major producers moving to Shorthorns because they have embraced that identity and the market opportunities are there," Mr Martin said.

"To me, it's really pleasing to see people more or less saying 'this is our identity and we are proud of it'.

"Previously people may have looked towards more red cattle to try and hide what they were doing but I think that is no longer the case, which is great." 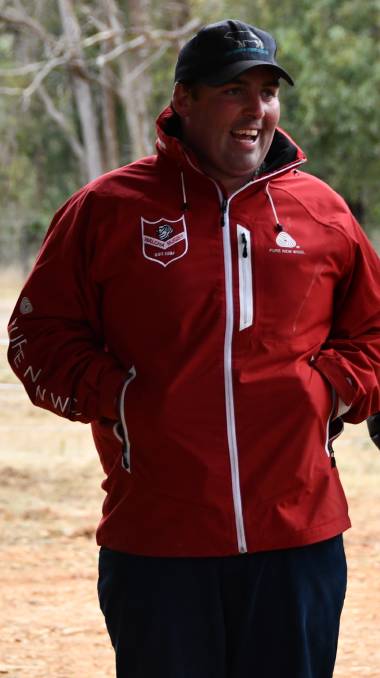 Cross breeding with other cattle breeds is also a major attraction of red and roan cattle, especially for commercial producers, which is also prevalent in the Charolais industry as producers chase bulls with red factor genetics for cross breeding purposes.

"If you look at Shorthorns, the reds still do have a lot of volume and they have a really important place when it comes to cross breeding operations," Mr Martin said.

"When going over Angus females, they maintain that colour, especially up north because we are seeing a lot more red cattle go up into Queensland and places like that."